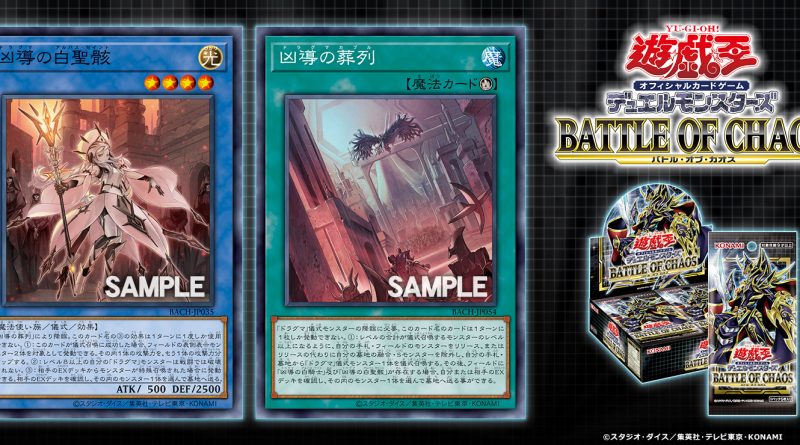 BACH-JP035 凶導の白聖骸 Dragma no Albus Saint (OCG: Albus Saint of Dragma/TCG: White Exalted of Dogmatika)
Level 4 LIGHT Spellcaster Ritual Effect
ATK 500
DEF 2500
LV4 500/2500
You can Ritual Summon this card with “Dogmatikabre”. You can only use the 3rd effect of this card’s name once per turn.
(1) If this card is Ritual Summoned: You can target 2 face-up monsters on the field; 1 of them gains ATK equal to the other’s.
(2) Your Level 8 or higher “Dogmatika” monsters cannot be destroyed by battle.
(3) If a monster(s) is Special Summoned from your opponent’s Extra Deck: You can look at your opponent’s Extra Deck, and if you do, send 1 monster from it to the GY.

Note: Her Kanji reads as 凶導の白聖骸 “The White Holy Corpse of the Heretical Path”

Note: The Kanji in its name reads “Heretical Funeral”