Essentially what it says on the box. People in Japan get to fight Infernoids before release, likely to spread awareness of how the Deck is meant to be played. 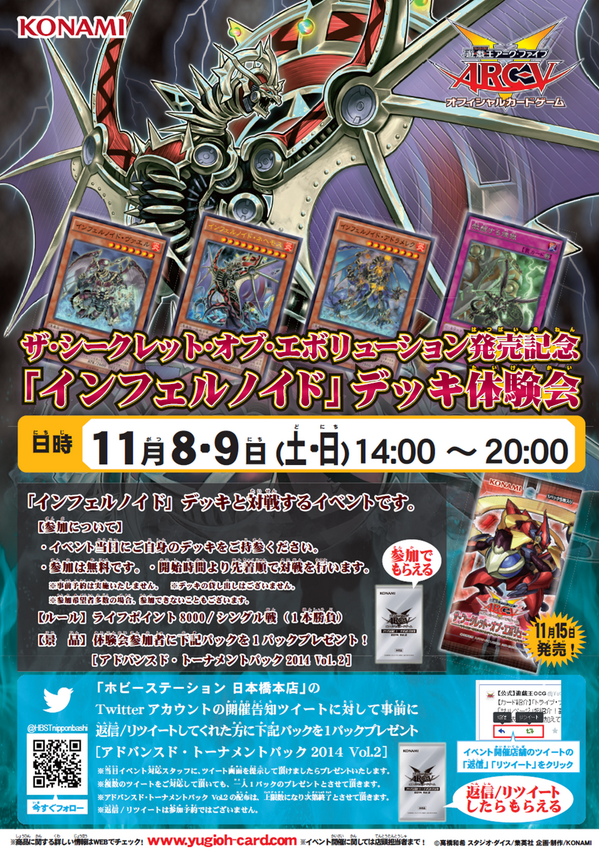 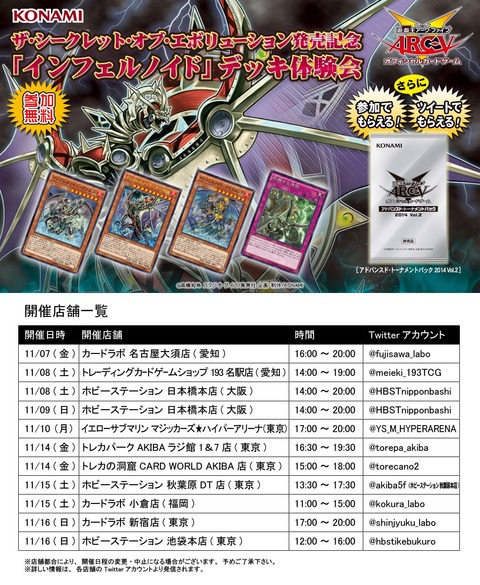 Basically Japanese players can go to participating stores, where they can fight Japanese Judges and Konami employees (who have Infernoid Decks) using their own Decks. Think a Duel the Master esque event.

You play with 8000 Life Points in a single elimination Duel.

Also retweets on Twitter allow people to get Advanced Tournament Packs as a present.

I’m armchair hypothesizing, but this seems intended to help introduce the Deck to players and give a live demonstration of how it works, since it’s one of the more complicated Decks as of late, and some of its interactions might go over people’s heads. Probably also just hyping the Deck.