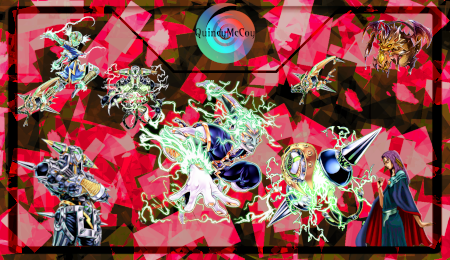 Negate everything with the PSY-Frame’s entire strategy, rather than just as an engine!

The PSY-Frame archetype, a LIGHT/Psychic theme unique for its full hand-trap design, exists to disrupt the opponent’s plays, then using those disruptions fuel your own Synchro Summons. To be honest, there probably isn’t a more annoying deck to face out there, simply because this deck is so versatile and exists to prevent the opponent from playing. There are two main components to this archetype – the Tuners, Level 1 or 2 monsters that cannot be Normal Summoned/Set, and the non-tuner PSY-Frame Driver. Each tuner summons itself from the hand and Driver from hand/deck/GY when your opponent takes a specific action – such as PSY-Framegear Alpha’s effect whenever your opponent summons. While anything summoned by any tuner’s effect gets banished in the End Phase, you should look to combine them with their field spell, PSY-Frame Circuit, which lets you Synchro Summon immediately after a PSY-Frame is Special Summoned.

Supporting this strategy is a set of core tech options, so let’s highlight a few that reinforce the Psy-Frame strengths. Hop Ear Squadron can Synchro Summon away with a summoned Driver during your opponent’s turn, even if you don’t have access to Circuit yet. Or, on the other hand, Witch of the Black Forest is a 1-card PSY-Framelord Lambda, a Link-2 monster that ovverides the requirement of all the tuners that you control no monsters! Just use Witch as Link Material for Magistus Maiden Artemis (YGOrg Translation), search Nefarious Archfiend Eater of Nefariousness, then summon it to get your two materials. Note that Nefarious can also be used during the opponent’s End Phase to prevent a Driver from being banished!

Finally, this deck is all about Synchro Summons, so let’s talk about the impactful options. PSY-Framelord Omega may be used prominently in other strategies such as Dogmatika, but it works great in its own archetype. Alongside the Level 8 Synchro is the Level 7 PSY-Framelord Zeta, which can banish your opponent’s Special Summoned monster until your next Standby Phase. Other Psychic options like Virtual World Kyubi – Shenshen prevent the opponent from sending cards from the field to the GY. Lastly, a key Synchro option is the new Cyber Slash Harpie Lady, a Level 8 Synchro that combines well with the theme’s best trap card, PSY-Frame Overload, offering even more monster removal. At any rate, watch as you stun your opponent into submission with the endless negations and removal options of the PSY-Frame theme!

As of now, I have 8 outstanding requests that I am considering: Witchcrafter, Melodious, Heraldic Beasts, Machina, Amorphage, Magnet Warrior, Virtual World, & Volcanic. Some of my prior requests was covered by participants in CDSS4, so I highly suggest checking that out! 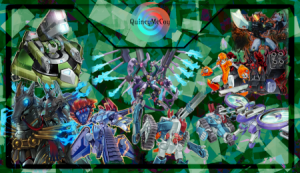