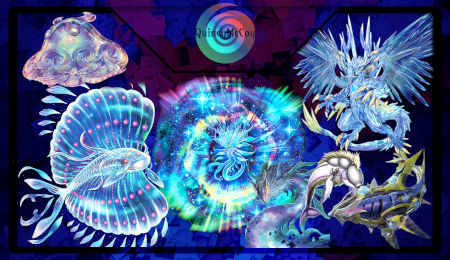 Deepsea creatures abound with the next wave of support!

Welcome back to another profile, this time focused on showcasing the power of the Ghoti theme now that has received its second half of the TCG-WP archetype. As a reminder, I covered the initial batch of cards a few months ago here: CDP: Ghoti Twice, with Coelacanth Sharks and Myutant Metaphys

This time around, the Ghoti got even more cool fishy tools, and I’m going to start with their first new trap card: Ghoti Cosmos. This Trap applies additional effects based on your number of banished Fish monsters – growing up to the effect that if you have 8 or more, it can faux-Synchro Summon any Fish Synchro. This triggers Ghoti of the Deep Beyond without requiring Synchro Material – something truly awesome. Beyond this Ttrap, the theme also received extenders in the form of Snopios, Shadow of the Ghoti, a Level 6 monster that can Special Summon itself from the hand by banishing 2 Fish monsters from your hand/GY. It also can mark another monster on the field for banishment rather than being sent to the GY, giving you an in-theme way to banish your Fish tuners to ensure they return during the following Standby Phase. Ixeep, Omen of the Ghoti is the other extender, able to Special Summon itself from the hand whenever a Fish is Banished, which happens to work well as the first Ghoti monster that can be tutored by Abyss Shark. The last super important addition is a new Level 6 Synchro Ghoti, Arionpos, Serpent of the Ghoti, which banishes any Level 6 or lower Fish from your Deck on Synchro Summon, then banishes a Fish from your GY to tutor one with equal or lower level when used for a Synchro Summon. Either way, all of this new wave of support really embellishes the Ghoti theme, giving the deck plenty of Fish in the sea to banish and deploy… Cast a wide net, with the Ghoti!

Note: This is continuing the style of Creative Deck Profile articles, designed to showcase a build through replays and an attached summary. If you wish to see a CDP for an archetype, theme, or strategy you love, feel free to private message me on the YGOrg Discord server, the comments section of any of my YouTube videos, or just post a comment in response to this article on our Facebook page with your ideas to keep under consideration! On most YGO-related communities my username is Quincymccoy, so feel free to reach out. Current pending requested profiles include: Dracoslayer, Hunder, Weevil Bugs, Plunder Patroll 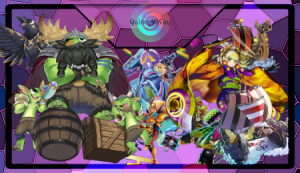