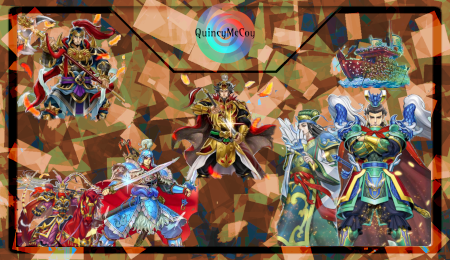 Bring back the Ancient Warriors – this time with the help of Rebellious Lu Feng!

Bring back the Ancient Warriors – this time with the help of Ancient Warriors – Rebellious Lu Feng and Ancient Warriors Saga – A Man’s Honor (both YGOrg Translations)! The Ancient Warrior theme was designed to be one that doesn’t have an overreliance on common Link options, instead leaning into the power of their main deck utility. Each Beast-Warrior brings a different element to the archetype’s overall toolkit, and with the help of Lu Feng, the deck can easily field up to 4 or 5 monster disruptions for your opponent to deal with. The alternate win condition for the deck is Ancient Warriors Saga – East-By-South Wind, a Continuous spell that turns all of your monsters into walking engines of destruction… while making sure your opponent can’t respond to your plays! If you want a more in depth breakdown of AW gameplay, be sure to check out my article on the first batch of support HERE or an updated profile version HERE. Unlike past versions, we’ve pushed the True Draco engine aside to focus on the core strengths of this archetype. So break out your swords once more and join the alliance with the Ancient Warriors!

As of now, I have 8 outstanding requests that I am considering: Witchcrafter, Melodious, Heraldic Beasts, Fairy Tail, Amorphage, Magnet Warrior, Virtual World, & Volcanic. Some of my prior requests was covered by participants in CDSS4, so I highly suggest checking that out! 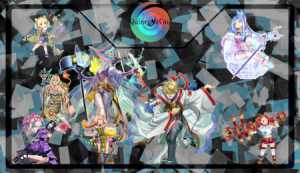