A first look at Beelzeus from a blurry picture of the 8th volume of the 5D’s Manga. No effect. 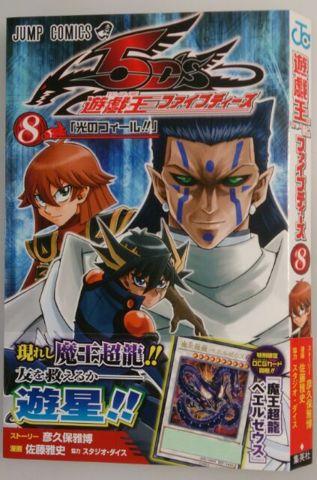 The main difference it has from Beelze is essentially it has more teeth and if the art follows the manga, a pair of bat-like dragon wings.

It is named after Beelzebub and Zeus, and is one of three Greek named cards played by Injuin Sect in the manga, the third being an unreleased monster called Hades Ookuwagata, a counterpart to Great Poseidon Beetle.

For those wondering, Beelzeus in the manga retains its original form’s destruction immunity, and replaces its ATK gain with the ability to drain the ATK of an opponent’s monster to 0 and gain that ATK as Life Points.

No word if the OCG version will retain this effect.

As to those wondering when the TCG will get Beelzeus, current patterns would say late next year in 2015.