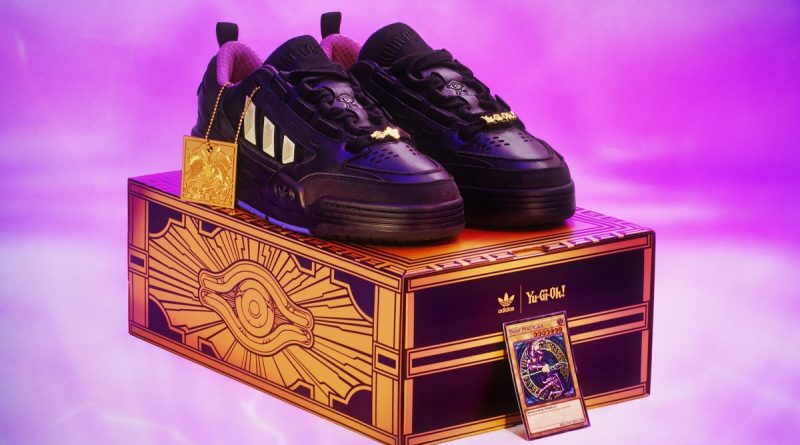 I think this is a much more positive partnership for adidas to have than with that other bloke.

The second Yu-Gi-Oh! x adidas collaboration sneakers will be available to purchase in Japan on the 26th of January, 2023. This time only a single pair of sneakers have been revealed, as opposed to the previous collection’s four items. The sneakers will be ¥19,800/$154.42 USD on adidas.com in Japan and other retailers. There’s currently no word on whether there’s an Western release, nor whether this price would be the same in Western countries, though the last collaboration was released in the West.

As with the previous collaboration, these sneakers were based on ones available in the early 2000s when the series was airing, in this case the “ADI2000”. They are stated to feature a color scheme and materials inspired by Yami Yugi. 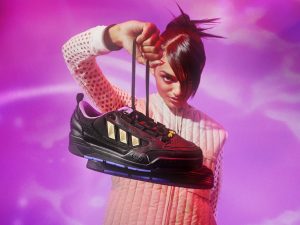 I suspect many Yu-Gi-Oh! fans will be most interested in this: 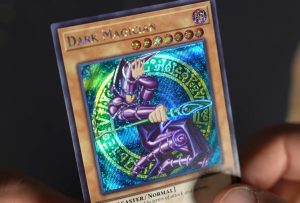 This limited edition Dark Magician card will be included with the sneakers. It’s stated to feature the brands of both Yu-Gi-Oh! and adidas, though this picture doesn’t do a spectacular job of showing them off.