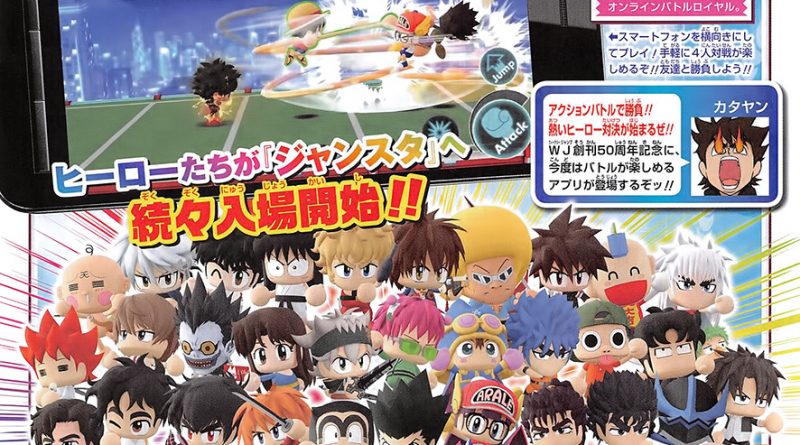 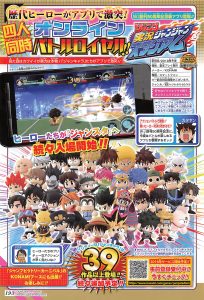 The fighting game, Weekly Shonen Jump Jikkyou Janjan Stadium, being made by Konami for Smartphones and is playable with up to 4 players. It’ll be released in 2018 as of current indication. And notably features Yugi and Dark magician in its opening roster, along side Luffy, Jotaro, Naruto, and other popular and classic characters.

It’s apparently designed to be like Super Smash Brothers in style.