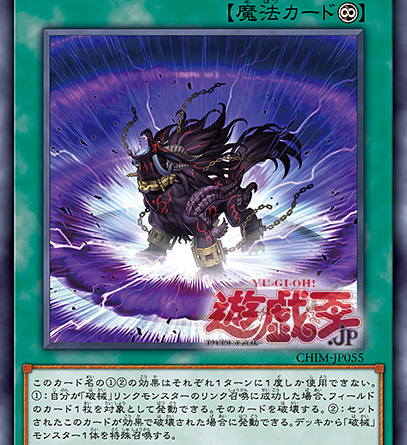 The lesson here is don’t seal away wizards, they get jacked with evil juice.

Only One Thought Remains: “Destroy Everything”

Once, there was a practitioner who mastered all the arts of the (Taoist) immortals (神仙). But the awe of the people at his incredible power changed into fear, and they were shackled by those who shunned their might, sealed over and over again by various means. Countless years passed, and before long, the soul of the master was stained with evil, as they became driven by their resentment to the world and all who lived in it. Little by little, their power began to leak from their seals, and the magical master created two duplicates of their original form, using them break their seals one-by-one using their former Shikigami. 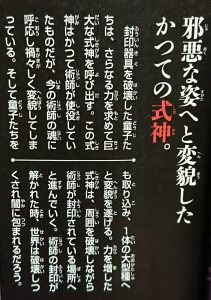 The Shikigami Transformed Into An Evil Being

The Douji who destroyed the devices sealing their master away, ended up calling forth a humongous Shikigami that lusted for further power. This Shikigami that was once used by the magical master, had been transformed into a wicked beast as a result of the current shape of the soul of its master. It absorbed the Douji, transforming it into one gigantic being. The Shikigami became even stronger, marching to the place where its master was sealed, destroying everything around it. When the magical master’s seals are finally broken, the world will surely be destroyed and covered in endless darkness.