I don’t get a lot of time for these but it was requested I do another one.

Hey guys, I’m back again with another look at the Forbidden and Limited list update, to explain to you why some of the changes are what they are. You may remember last time I did this, and as before, I will point out that I do not work for Konami, so you can take this information with a grain of salt.

Rather than breaking it down piece by piece, somebody specifically decided to ask me questions on this one, so I figured I’d answer his questions and then maybe go more in-depth afterwards. 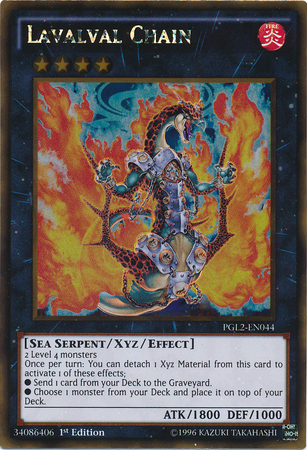 “Sure everyone was expecting djinn to be gone, But why laval as well? If it’s because of oni, why not your emeral to 1 suggestion?”

So first things first, absolutely, Djinn is gone. As stated, this surprises nobody. I don’t even feel I should have to go into why this card is Forbidden, though people do wonder why both it and Lavalval Chain went. Naturally, the answer to this is Armageddon Knight.

To look more into the Lavalval Chain reason, you have to evaluate, what does Lavalval Chain do that other cards do not? Surely, if Foolish Burial doesn’t need to be banned and Mathematician can be at 3, this card doesn’t need to be out-right banned? Infernity doesn’t do much, and the Oni-FTK is still completely possible with the card Forbidden let alone at one (as stated in the question, the correct hit is Daigusto Emeral to 1) so what’s going on here? Even Djinn is banned!

Well, the answer to this is simple: Lavalval Chain dumps Spell and Trap Cards.

It has started off rather slow with Breakthrough Skill and I’m sure we all see Clownblade on the horizon (still a Deck, by the way), but Blaze Accelerator Reload and Galaxy Cyclone have really buffed this particular part of Lavalval Chain, completely ignoring its topdecking ability. As we move forward, we can see things like the upcoming Red Cocoon as well. Lavalval Chain is a Rank 4 Effect Veiler, MST, or even Raigeki in a Volcanic engine Deck. This is what separates it from the pack of Mathematician and friends. It’s a unique and ever increasingly powerful buff that while seldom abused, was just asking for it.

Do I agree with the bans?
Djinn – Yes, of course
Lavalval Chain – No. I wouldn’t be opposed to Limiting the card, but I don’t believe it’s worth a ban this soon into the game’s development.

“Why wouldn’t they ban Royal Magical Library, or Nekroz of Trishula?” 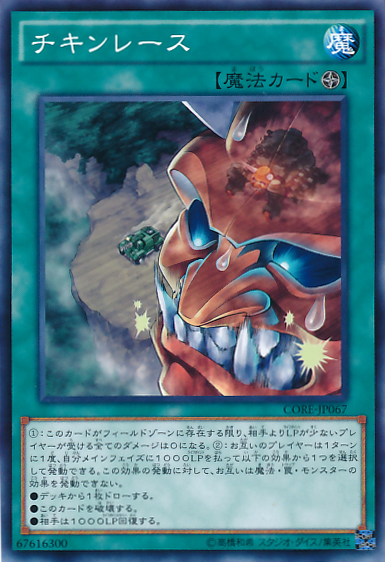 Play against the Chicken Race Deck. This is a discussion for another article, but both of these hits are unnecessary.
For the record though, I would have banned Library anyway. I have an issue with cards that exist in one of two states: useless or abused to FTK.

“The errata cards (except ring ccv) are kinda obv, they’re not really good anymore and no one played them anyway”

This is essentially correct. I haven’t the faintest idea why it took this long for Dark Strike Fighter to go to 3 (Goyo Guardian actually beat it there).
We’ll be getting Dark Magician of Chaos and Chaos Emperor Dragon when those are imported, unfortunately they’re owned by a different company (the one that prevents Europe from getting cards like Number 52: Diamond Crab King) so when we get them is anybody’s guess. 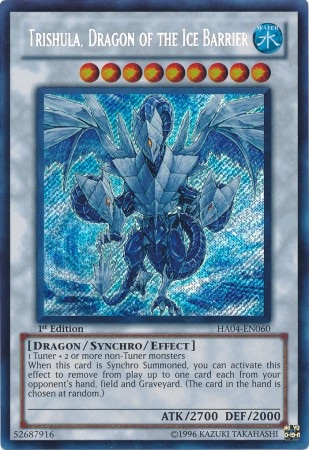 “Why did trishula come back when people are already complaining about nekroz of trishula?”

Trishula has always been a very fair card in my eyes. You have to invest three monsters into the summon, and it only takes away two of their cards. You basically -2 both players. This is drastically different from summoning Nekroz of Trishula completely for free, whenever you want, at any point in the Duel. Synchro Trishula is a much, much weaker card in general, and its return actually gives a respectable boost to a few Decks, as well as giving prominence back to Effect Veiler that may help it see more play (actually weakening the Nekroz Deck).

“Also, dragoons? These 2 changes look like they’re just to promote Norden”
Those tins are part of why they didn’t hit the other four Decks. The contents of the tins are entirely based on the four Decks. However, another point worth considering is that with Djinn gone, everyone is going to completely re-evaluate how they build and play their Decks. My Nekroz build personally lost 8 cards as a result of this list, just from the Main 40. Having a format where Djinn doesn’t dictate what we do and don’t use, will allow the team at KDE to give the format a serious evaluation, and then hit the five core Decks accordingly, in a more effective way. We only have the one major event (YCS Toronto) under this list as it is, and with Dragons of Legend 2, Synchron Extreme, and obviously Clash of Rebellion with its Clownblade and Kozmo, who really knows what will happen.

“Also, why only weaken nekroz, but leave BA, tellar and qli at their current level?”
I accidentally answered this above. 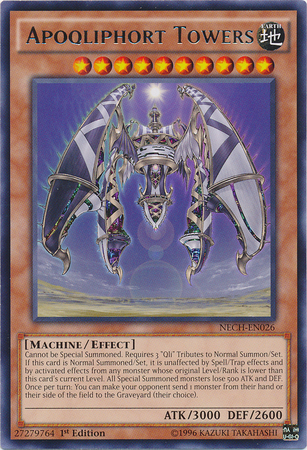 “Towers turbo is a bit like djinn right now. Either you main outs, or you lose. Should get hit too imo”
Being that the person asking this is in the European territory, I can understand this viewpoint. Three things took place that made Towers Turbo a thing in Europe, on top of it being unexpected and seldom sided for.

1. Wavering Eyes released early, through Crossed Souls Advanced Edition. This was in time for the European Championship.
This card really put the Turbo into Towers Turbo, giving them a massive boost to consistency as well as a gap closer.

2. Duelist Pack Battle City is delayed until December for Europe
You may not care for most of the cards in the set, but Juragedo is a 1000 ATK boost to any monster. Anything you can make that’s 2600 or more ATK is an out to Towers while you have Juragedo. He’s an enabler of generic Rank 4s, pretty useful in quite a wide variety of Decks and Europe is without access. 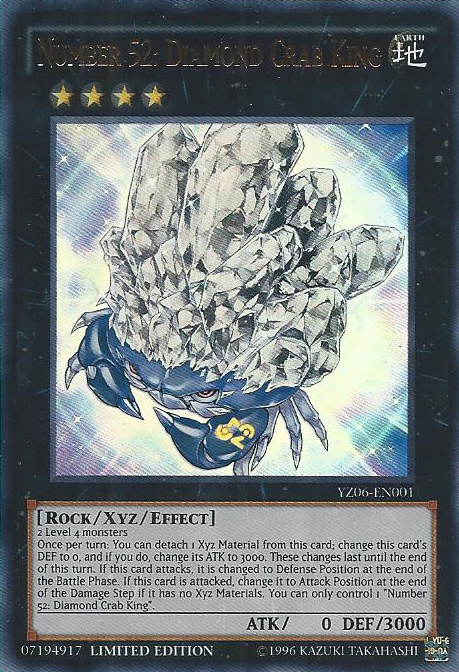 3. Number 52: Diamond Crab King is a ZEXAL manga promo
Similar to the Chaos Emperor Dragon point mentioned earlier in this article, another company called Shueisha owns the rights to this card and it isn’t distributed within Europe’s territories. This means it wasn’t legal at the European Championship, or any other events in Europe. In America however, any player who can get two Level 4s in play can have this card’s ATK ‘become’ 3000, disabling all other modifiers to its ATK value (including the subtraction of 500 from Apoqliphort Towers). This means it will have 3000 ATK, and so will Towers (both being immune to any increase or decreases in value from the pendulum scales). Nothing like a generic Towers out to really put a thorn in the side of Towers Turbo.

“I really like the thought behind emeral to 1. Kill stupid deck, doesn’t affect anyone else”
Write to KDE and tell them to hire me to make lists, I don’t know what to tell you.

That’s all for now, but I may move this to a reddit thread over at /r/ yugioh and expand the article with some more Q&A later this afternoon!

I’ll be taking discussion myself about both this article and the recent list changes in general on /r/yugioh here. Join me, and let’s have some fun!