Apparently people have gotten confused that Skills from Duel Links will be made in real life.

The Duel Links Legend Deck Guide included suggestions for casual (non-tournament) play that people using the Legend Deck can use to spice up their Duels with the 20 card half Decks. 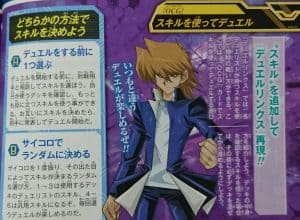 What is said is you should choose one of the skills in the Guide before you Duel, either by agreeing to what skills to use or by rolling a dice to randomly choose. 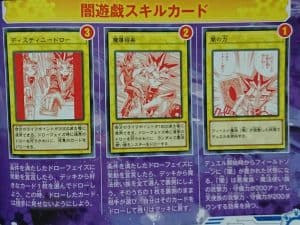 For the Yami Yugi Deck, the Skills Suggested are:

For Power of Dark, they suggest placing “Yami” on the field before the Duel begins or making note you have Yami.

For Sorcery Conduct, their recommendation is taking all of your Spellcaster-Type monsters from your Deck, place them face-down for your opponent, and then let your opponent randomly choose one.

For Destiny Draw they basically state instead of conducting your Normal Draw, you add whichever card you want, but note to not let your opponent see. 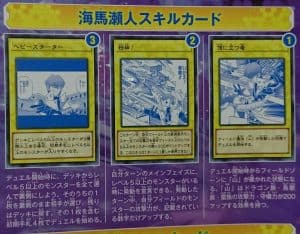 For Kaiba, they suggest the following three skills:

For Peak Performance, they suggest the same thing as “Power of Dark”

For Beatdown!, it operates as normally.

For Heavy Starter, they suggest doing the same thing as Sorcery Conduct but before the Duel Starts, and the chosen card forms your beginning hand. 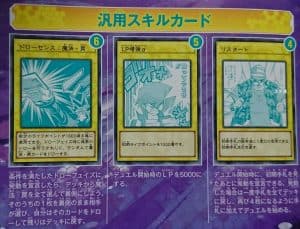 For more generalized Skills, they suggest:

Restart is obviously just more or less Mulliganing your hand.

No need for LP Boost.

For Draw Sense, it works just like Heavy Starter and Sorcery Conduct: Play all your Spells and Traps in your Deck face-down and let your opponent choose one.

These aren’t for official tournament play. If they were, and Skills were being added to the physical card game, Konami would be making a huge official deal about it, along with Shueisha with weeks if not months of build up and fanfare.

But still, with what’s available, I hope this leads to people enjoying themselves if they have a casual game.