In our effort to showcase more decks, here’s an interesting recent top from Michigan’s Regionals. 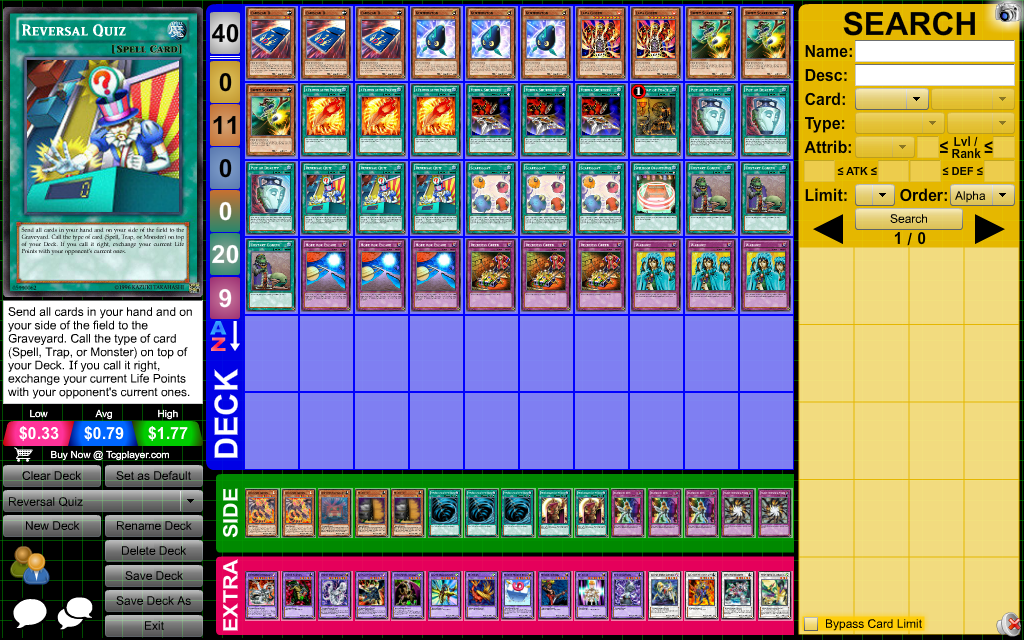 In Michigan this passing weekend, Reversal Quiz collected its 2nd Regional top this WCQ season, after Laurie Parker topped with it in Halifax back in February. This deck however is completely different, ignoring its side deck entirely, and focusing primarily on Fuhma Shuriken. While box decks used Lava Golem and A Feather of the Phoenix, Michael Washington focused more on Hope for Escape, and the immediate OTK angle. Laurie utilized cards such as Volcanic Counter, to end it during your turn, or by using Fire Trooper as the top card of his deck, with help from cards such as Plaguespreader Zombie.

Which variant would you prefer? Has this deck been doing anything in your local area? It’s been showing up scarcely for years (though mostly through Laurie in Canadian events), and most people are never prepared for it when it comes. I’m curious to see what people think, so let me know.

Speaking of feedback, we’re starting to focus more on Decklists and the TCG as a whole. I am thinking of starting just a heavy WCQ season focus, and am looking for volunteers to pitch in with the project. If you’re interested in helping us out here at the site, feel free to drop me an inbox on Facebook here with your country of residence, how you’d like to help (info, graphics, etc) and a little about yourself. Summer is almost upon us!