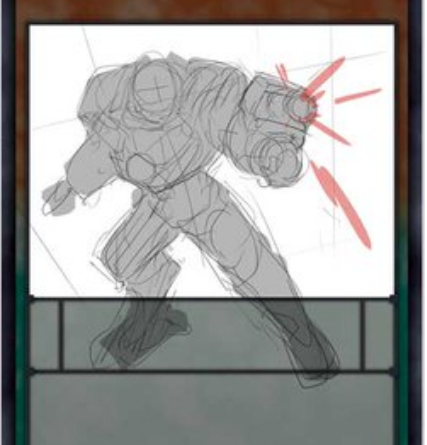 Even the typography changes according to which team you pick. 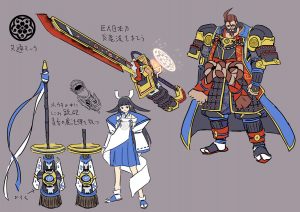 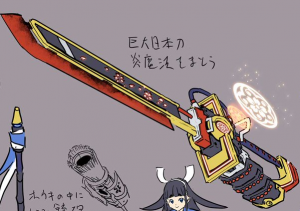 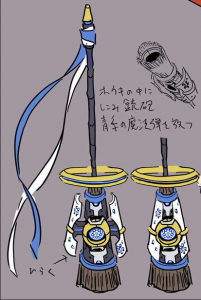 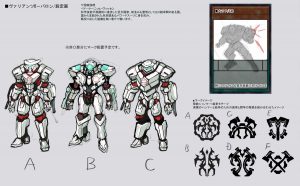 “Country explanation:
Valiants Vorld – Koenig Wissen
A massive nation where science and technology have progressed by huge leaps. It has great leadership in charge of keeping the streets well ordered.
They are covered in futuristic looking power suits provided by the country.
At the time of battle, they fight wearing these suits.” 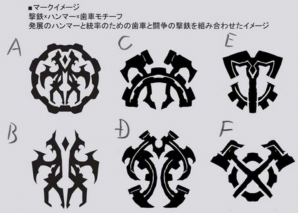 “A design combining a (firing) hammer x (regular) hammer x gear.
It’s inspired on the combination of hammers of development, gears of leadership and the firing hammers of combat.” 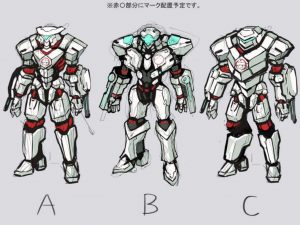 “The mark will be placed in the red circle area” 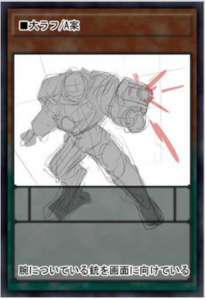 “The arm pistol faces the camera” 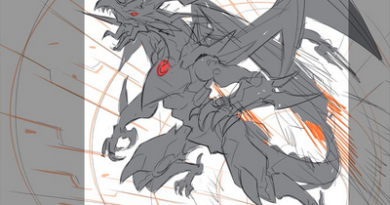 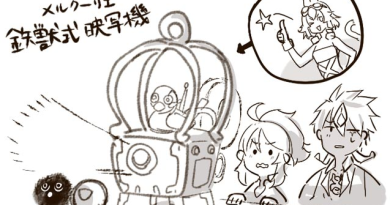 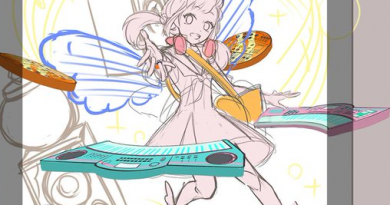