Marincess is a deck I’ve always wanted to play. But, with such a small playable core for plays, it’s always felt a bit of a one-trick seahorse. So what’s changed?

A LOT of Amazing new support. Essentially, Marincess has now matured from just 9 good cards in-archetype to make their plays, to 15. The deck works a lot more fluidly now, and that’s going to lead to much smoother sailing.

Naturally, the moment we had news that Marincess received a whole set of amazing cards? Well, once I was done gushing with my partner about how amazing most of them are, I wanted to try a test build of the new support that I figured I’d post for others to flick through. This isn’t really a refined build, more just my own experiences with the deck mixed into what I want to do with it: Summon Crystal Heart.

Please Note: This is only based off the potentially first part of whatever Marincess support we receive. Please treat this as just ideas for experimenting, and not a set way on how to build the deck once it’s released.

Marincess are fairly similiar to another midrange Cyberse deck: Salamangreat. Where you want to go first, establish some presence and disruptions to mess with your opponent, then just use your graveyard manipulations to keep growing ahead. This was the strategy of Soulburner’s deck, before they received Accesscode Talker, and I feel like this is what the deck wants to go for here. Marincess Blue Tang and Springirl (Org Translation) both increase your odds of seeing your copies of Marincess Wave, meanwhile Marincess Great Bubble Reef gives you an extra chance at an hand trap on your opponent’s turn.

Frankly, Marincess Crystal Heart and Battle Ocean aren’t strictly necessary for the deck anymore. Marincess Wave makes your boss monster unaffected anyways, meanwhile you can add your new revival Marincess Dive off Sea Angel. I think this might be the strategy that more optimized builds go for in the future, going for the advantage and ignoring the gimmick of all those equips. But admittedly, I like Crystal Heart, and so I want to include it.

What I feel this deck lacks, is a win button such as Accesscode Talker. It would be possible to potentially squeeze him in, along with Update Jammer and Transcode Talker. Essentially, as nothing but Silent Sea Nettle locks you to WATER for the entire turn, nothing is stopping you from attempting ACT and then trying to continue Marincess plays if that failed. However, this isn’t really an optimal build, more one for people to have a look at how the new cards can be fitted into a deck for them to experiment from there.

It should be noted, the hand traps in this deck below are mostly just placeholders.

Thank you for reading this article. I apologize for how brief it is, and will try to have a more deeper look into this archetype soon. This is admittedly a build that I put together quickly as my partner has been getting into the game, and while I was providing a basis for us both to work from, I wanted to upload this to see what ideas others may have. Please, feel free to follow us on our Twitter, and give any of your own ideas for the deck in the comments there. 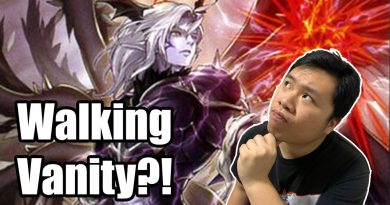 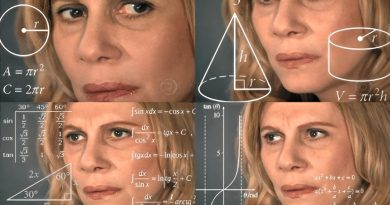