A new kind of Duel format. provided by Konami. (Seems to be based on the Duel Terminals and the upcoming Duel Links game). There’s no official use of it (as of yet), so it’s mostly another casual alternative Duel format.

Set Up Your Deck:
Include 20 cards (combining Monsters, Spells and Traps)

You can only have 3 copies of a card, as per normal.

The field only has three Spell & Trap Card Zones and three Monster Zones, but is otherwise treated as normal. 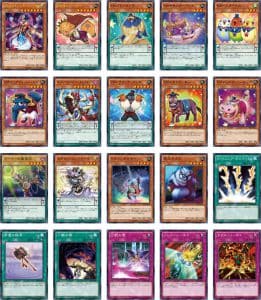