“Dododo” Special Feature: They’ve been enhanced to become Super”Dododo”readnoughts with the appearance of new recruits!

New cards for the “Dododo” series are being released in “Duelist Pack -Yuma 2: Gogogo & Dododo-“, which goes on sale tomorrow! Among them, the most noteworthy card is “Dododo Gasser” who possesses abilities that allow his attack to dramatically sky-rocket and destroy up to 2 of your opponent’s monsters!

As well, the equally new “Dododo Witch” allows for potent combos! By making use of the effects of the Dododos, you’ll be able to fight by effectively Xyz Summoning Rank 4 and 6 monsters! 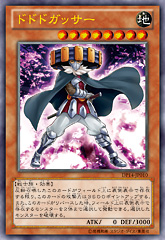 [Warrior-Type/Level 8/ATK 0/DEF 3000]
When this card is Flip Summoned, it gains 3500 Attack! It retains this ATK for as long as it’s face-up on the field! Also, when this card is flipped face-up, you can target up to 2 face-up monsters and destroy them! By Flip Summoning it, you get an incredibly powerful Attack gain and you get to destroy opponent monsters!!!

A Primer on “Dododo” Monsters
New Cards Appear: Besides “Dododo Gasser”, a Monster appears that helps deploy other “Dododo” monsters!

[Warrior/Level 4/ATK 1200/DEF 1600]
When she’s Normal or Special Summoned: You can Special Summon 1 “Dododo” monster from your hand, besides “Dododo Witch”, in face-up Attack or face-down Defense Position. She’s quite useful for brining out the multitude of high level monsters the “Dododo” series has! But, notice she can also Special Summon in face-down Defense Position, allowing you to Set the Level 8 “Dododo Gasser” from your hand, setting you up to pull of a powerful combo! It’s quite effective if you use that effect on your opponent’s turn by Special Summoning her with “Warrior Lady of the Wasteland” and “Giant Rat”!

Let’s look at two “Dododo” monsters that were reprinted in this pack!

[Warrior-Type/Level 6/ATK 2300/DEF 900]
A Level 6 that doesn’t need to be Tribute Summoned, at the small cost of its original ATK becoming 1800! If this card attacks, until the end of the Damage Step, your opponent cannot activate effects that activate in their Graveyard!

Noteworthy Combo: The Incredible Combo of “Dododo Witch” and “Dododo Gasser”!
Bring out more monsters by using Special Summoning effects to Special Summon “Dododos” from your hand and Graveyard!

Now, let’s introduce a combo that aims to Set “Dododo Gasser” from your hand using the effect of “Dododo Witch” during your opponent’s turn, so you can Flip Summon him on your following turn! 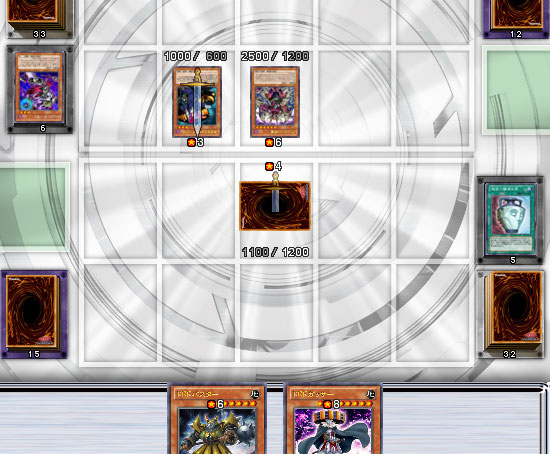 1. Aim to Special Summon “Dododo Witch” when your opponent attacks your Set “Warrior Lady of the Wasteland”!

2. Special Summon “Dododo Witch” from your Deck with “Warrior Lady of the Wasteland”! 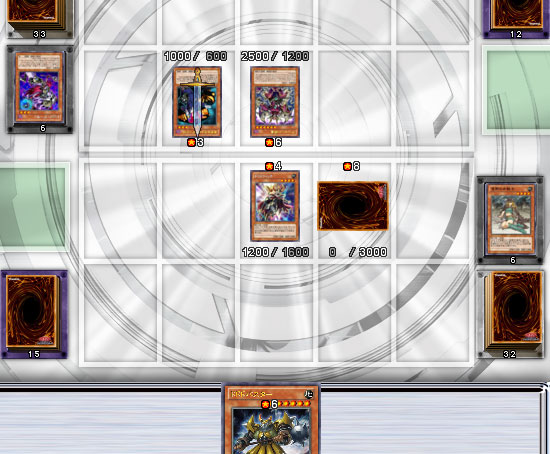 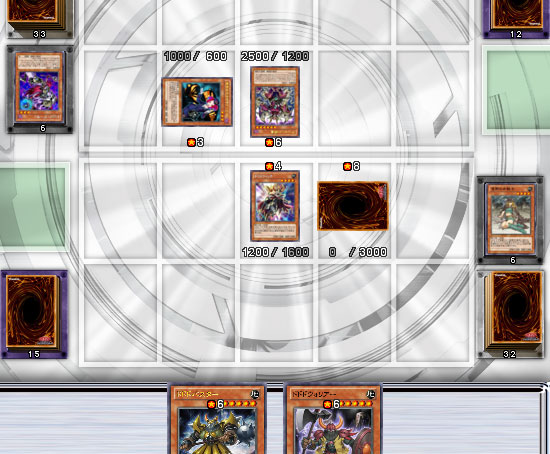 4. During your turn, during the Draw Phase, announce “Draw!” 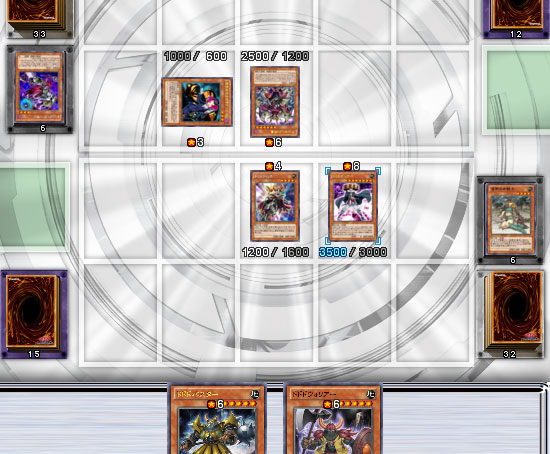 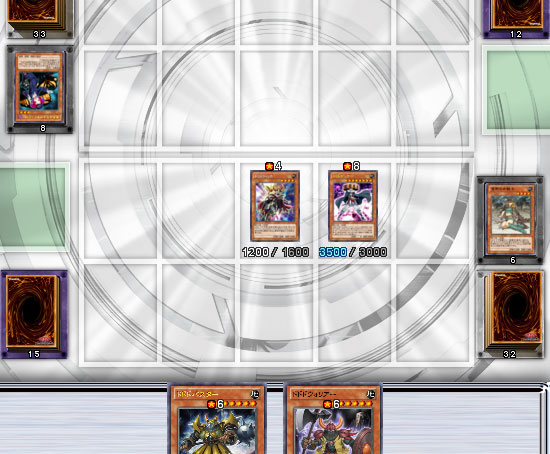 6. And since he was also Flipped face-up, he destroys 2 opponent monsters. (⇒ This alone allows for a powerful direct attack, but if you extend your forces with Normal Summons…) 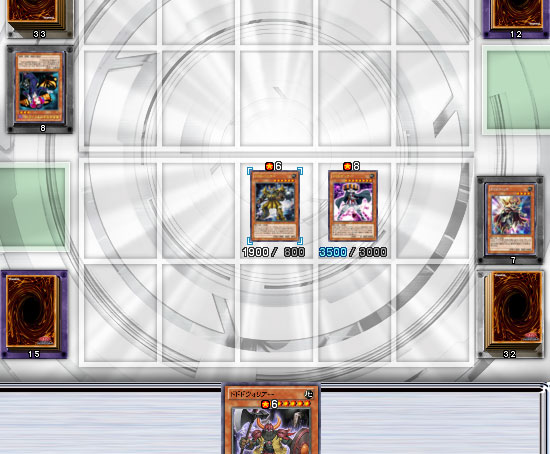 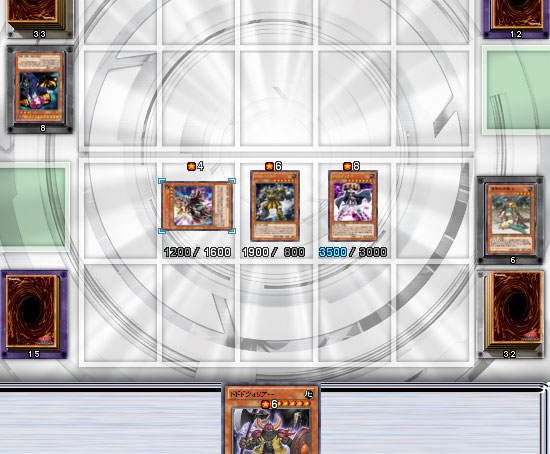 8. When “Dododo Buster” is Tribute Summoned, you can use its Effect, Special Summoning “Dododo Witch” from the Graveyard… 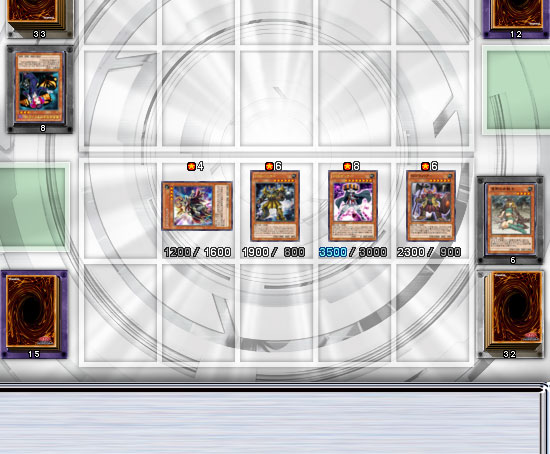 9. Allowing you to Combo by Special Summoning a “Dododo” from your hand!!! In this case, the combined total ATK would inflict 7700 damage!!!

In addition, because you can create various combos, let’s make a combo just for you. Combos that involve cards that flip “Dododo Gasser” into face-down Defense Position”, such as “Book of Moon” and “Tsukuyomi” are recommended!

What kind of cards will you add when you make your Gogogo Deck?