Hello there again, it’s your neighborhood OCG jadge person welcoming your faces back and offering you more insights from the other side of the globe. This time we’ll be talking about the brand new OCG Limit Regulation lists (AKA “the banlist”) effective in OCG areas starting February 1 this year, and what I personally think about it.

(DISCLAIMER: This is an opinion piece. This article does not mean to represent the view of the playerbase which I’m a part of, nor does it mean to belittle nor laud any card/personality/party that may come into mention. Any retarded ideas you would pick up from this article are solely *my* retarded ideas. I hope I know what I’m taking about.)

For a brief background, the OCG and TCG have started to have different banlists issued for them since September of 2013, and will also be changed at different dates. While the TCG side received their first list change for January 2014, the OCG received a (lol)banlist last November 2013 (with no changes!!), then this next one that is now applied for February. For those who are interested to see what the current OCG lists are, and compare them with what the TCG has, click the respective hyperlinks you just missed.

Now for my hopefully intellectual analysis of the future lists, I’ll be a bit concise. Return from the Different Dimension being banned akin to the TCG is okay because it’s a ridiculous swarm/recycle tool. Cyber Stein’s intended to promote SD26. Dragoons, Ophion and Bubbleman limited all put a dent on the respective Decks they belong to. Ophion in my opinion was harshly butchered to one because Shinra (TCG: Sylvan) and Artifacts are gonna have to Summon LV5+ Monsters, so this could be more of a business move. Gold Sarcophagus and Sacred Sword of Seven Stars being limited with all big Dragon Rulers at two is almost appalling (we’ll get to that later). Honest at two would promote Bujin (as if it needs any) since Tenki is still two, but can also be used by improved Lightlords, returning Agents and upcoming Artifacts. Lonefire at two would promote Shinra and other Decks that could splash the Debris Plant engine. Business decisions again. Plaguespreader at two is somewhat meh. And the only thing I couldn’t tolerate returning to three is Debris Dragon. Gorz at three seems okay, but it would be really sweet of Konami if they’d actually reprint the card. Rai-oh as well, reprints please, but I’m glad it got off its undeserved semi-limit.

We have yet to see the full impact of what happens with these changes, but one thing’s obviously noticeable: Dragon Rulers weren’t killed. They’ve been plaguing the OCG meta way longer than in the TCG, and yet OCG will still have to deal with seeing these cards until April. Furthermore, Ravine is still at three, we’ll also have Debris at three so you can put in your Troopers and Lonefires and whatnot. Debris Dragon (remember, gonna be three) is a Dragon and a Tuner, and Dragon Rulers have been notorious for splashing in Flamvell Guard and/or Dragunity Brandistock (yes, Brandistock, this is Asia), so the limited Sacred Sword of Seven Stars might actually be complemented by Cards of Consonance. From this train of thought, Dragon Rulers can and will form new variants, whether more Tuners, or more Dragons, and sadly, all such variants would just be inevitably called “a Dragon Ruler Deck” due to sheer hatred. Putting each big Dragon Ruler at two, also proliferating supply due to Gold Series 2014, means more and more players would have access to use these cards. Sure, they can try to formulate subpar builds, try them out, but they will exist in Tournaments.

tl;dr: Dragon Rulers losing a total of eight cards means they can just put more tools inside the Deck and come back almost unfazed. I also hope I’m wrong in viewing this, but if there’s still gonna be significantly more Dragon Rulers topping, I sincerely would want to know what Konami was thinking when they did this list. I can be quite certain that more players are disappointed by this list and were expecting them to become Limited like in the TCG.

On the lighter side of this whole fiasco, the OCG has a lot of other Deck options to play with next format: Bujin, Fire Fist, Mermail, Heraldic, Chronomaly, Lightlords, Madolche, Verz. Mermail and Verz could cope with the hits, but not HEROes, Bubbleman hit seems fatal. Agents, GK and GGKK (Geargia-Karakuri) might step up. Shinra and Ghostricks get more stuff and Artifacts look promising. Hopefully all these choices would entice new players to take the challenge, or even bring back old players who momentarily dropped the last format(s) because of the Dragon Ruler problem. In the early weeks of 2014 our local (Philippines) meta was dominated by Dragon Rulers, Bujin and Verz. (Credits to the above information and shoutout to fellow Yu-Gi-Oh Philippines Judge Josel Belaong and his efforts of tallying tournament result data.) Is this observation true for the other Asian regions? Will this change in February? Leave a comment below because we want to know what you other OCG guys feel about this banlist. Maybe you TCG guys can pitch in comments too.

I guess I can end this overly biased article here. Let’s hope for a colorful meta this February. And no, I didn’t mean Ruler “colors”.

Being generally known as a fastidious yet condescending lifeform, SkullBuster usually lives a solitary nocturnal lifestyle, feeding on hefty amounts of chips and sweets and sodas he can grab within his reach. If the need arises, he would go out and slither to the nearest convenience store for nourishment. 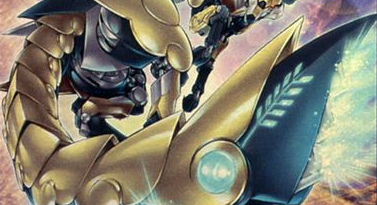 [Lists] What is my best option for Gizmek Uka?