Following Battle Pack 3: Monster League which contained some very worthwhile reprints and updates to cards dating back to the 5D’s era, one card in particular stands out 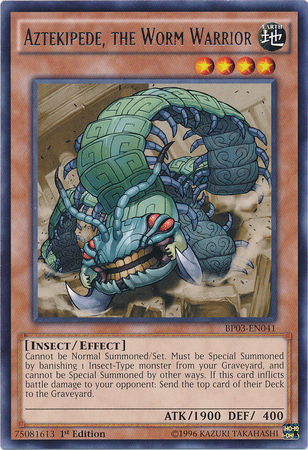 Why is Aztekipede being mentioned? Well, in the OCG which had rule changes and text updates starting in March, one of the things they ended up doing was classifying cards like Aztekipede and Photon Thrasher as a Card Type. Colloquially the TCG refers to them as Nomis (monsters that have to be Special Summoned by a specific means and cannot Special Summoned elsewise) and Semi-Nomis (monsters that can be revived after their Special Summoning conditions are met), respectively.

What the OCG ended up doing for Series 9 (DUEA and the Pendulum Starter Deck onwards) was referring to cards like these as a Card Type, much like Flip was recently changed to one. 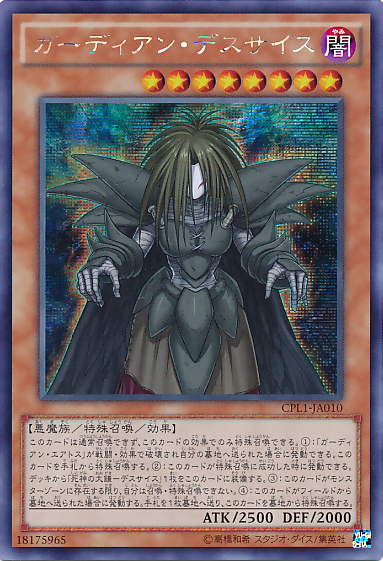 In Duelists of Legend, the OCG counterpart of Dragons of Legend, Guardian Dreadscythe was labelled as a 特殊召喚 monster. What is 特殊召喚? It means Tokushu Shoukan, the Japanese Term for what TCG players call a “Special Summon”.

So far, the monsters to get this update in Japan are:

Why is this even being mentioned? Well, 特殊召喚 could just be a quick “cheatsheet” for players of the OCG to know which monsters count as those “Nomis”, for lack of a widespread official term in the TCG. But what could end up happening is Specific cards might be printed in the future that reference 特殊召喚モンスター (roughly “Special Summon monster”). This isn’t impossible as Toon, Spirit, Union and Gemini monsters exist and do have support.

Perhaps this is an oversight for Battle Pack 3, but one hopes this doesn’t become a problem for the TCG in the future should such cards be made.

Addendum:
Someone did note note to me that this issue could be solved by “[X] 1 monster that cannot be Normal Summoned/Set”, but it is rather odd to ignore an entire Card Type.