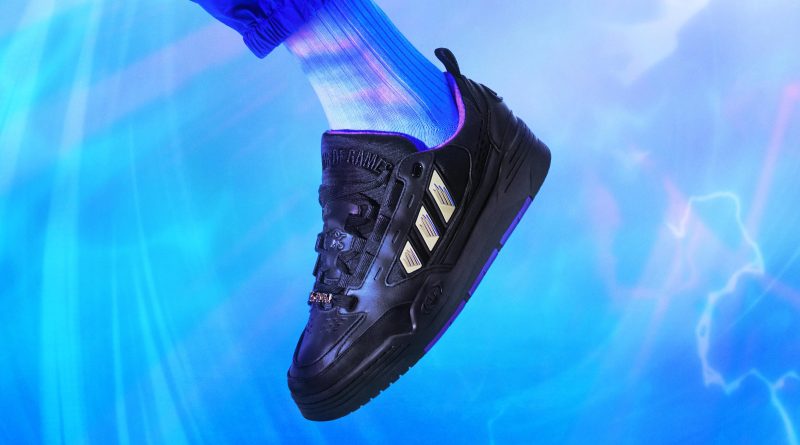 Literally announced the day we reported on the Japanese release. And a better shot of the included Dark Magician.

Having launched their first collaborative sneakers earlier this year, adidas Originals and Yu-Gi-Oh! return for their final sneaker-showdown: a new, spellbinding, take on the Adi2000 silhouette.

Inspired by the game’s legendary hero, Yami Yugi, the daring look channels the magic of the King of Games with a black leather upper, contrasting gold stripes, purple accents, and pink details. Each pair then comes replete with Millennium Item lace jewels, the last piece of Exodia hangtag, and a limited co-branded Dark Magician card.

The adidas Originals x Yu-Gi-Oh! Adi2000 sneaker arrives globally on January 26th and is available through the adidas CONFIRMED app and via select retailers.

The shoes and the included card were also shown off at an exhibition at the Adidas Originals Flagship Store in Harajuku.