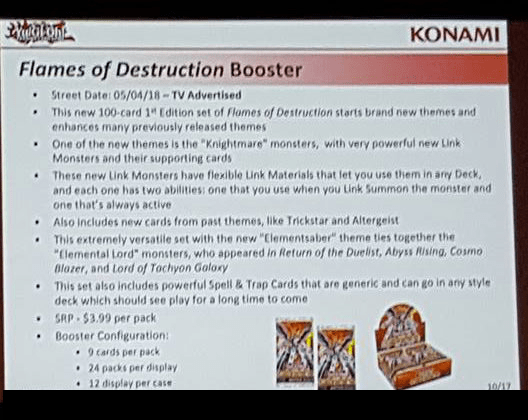 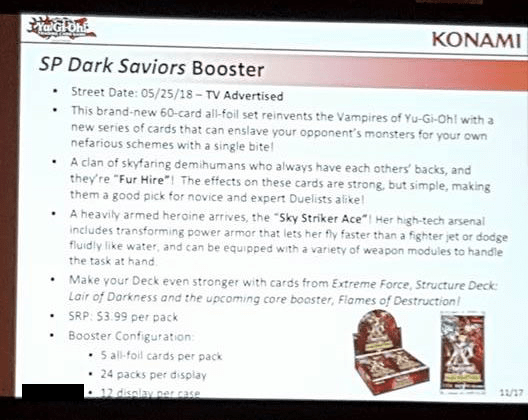 It appears the two new themes in Dark Saviors are “Fur Hire” and “Sky Striker (Ace)” as the theme names. 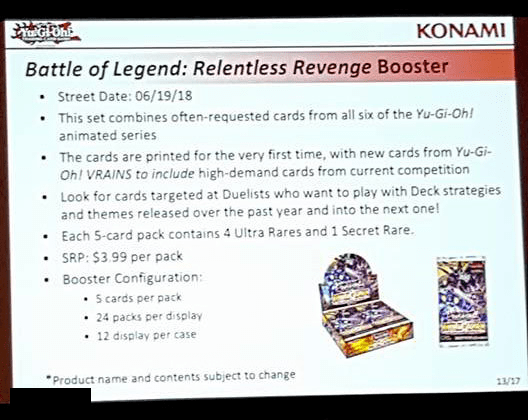 To clarify, apparently ARC-V cards will be in Battle of Legend: Relentless Revenge.

The new cards will be apparently include Yu-Gi-Oh! VRAINS, but the second part of the sentence is unclear if the high demand cards for competition are reprints or if they’re a part of cards printed for the very first time. 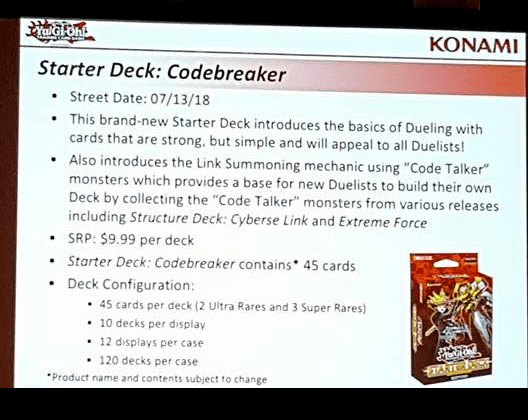 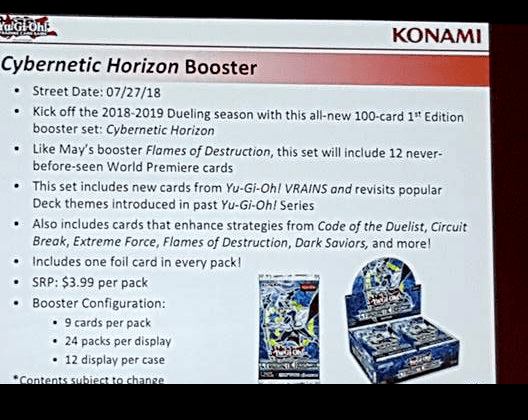 Cybernetic Horizon’s TCG Pack and Box Artwork. Reconfirmation it will have 12 World Premieres. Cards designed to work with cards from Code of the Duelist to Flames of Destruction, as well as cards that work with cards in Dark Saviors.

Speed Dueling products will be coming in late 2018, as new game formats and products designed to bridge Duel Links and the TCG, using Duel Links’ more simplified and fast pace rules but with physical cards. Apparently the products will focus on letting you play as iconic characters from the various TV series. 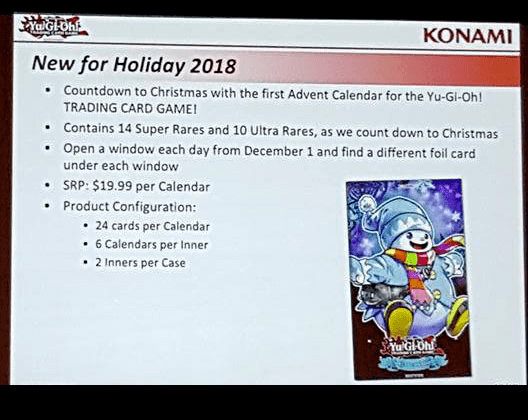 Also there will be a 2018 Advent Calender for the Yu-Gi-Oh! Trading Card Game, apparently with Jackfrost as a mascot.