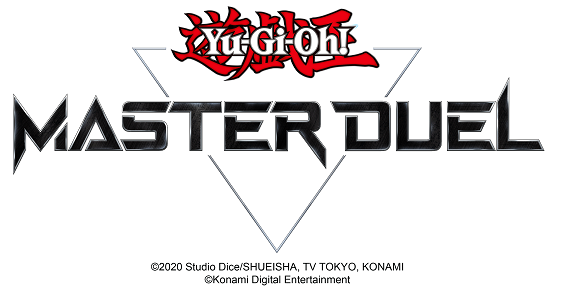 Thank you to KONAMI for sponsoring this post. Assets, some in-game currency, and advice were provided.

Yu-Gi-Oh! MASTER DUEL takes the iconic Yu-Gi-Oh! TRADING CARD GAME (TCG) and fully brings it to life in digital form. Collect from more than 10,000 cards spanning over two decades of Yu-Gi-Oh! history and build up personalized Decks. Play and spectate beautifully presented Duels, masterfully rendered in 4K resolution, on supported devices, with eye-popping animations and jaw-dropping music and sound. Journey through an extensive single-player Solo Mode that explores the untold stories behind the cards, and take on the world in dynamic online Duels, tournaments and events.

⦁The Yu-Gi-Oh! OCG/TCG Master Rules
⦁Tutorial and Duel Strategy modes to help new players learn how to play the Yu-Gi-Oh! TCG
⦁Campaigns based around Deck Types, featuring story sequences that tell the lore of the cards
⦁Cross-platform online play – play friends and challengers online, whatever system you’re on
⦁Cross-platform save data access – continue your experience from one system to another
⦁Unlock over 10,000 cards and other rewards by playing through the game
⦁Card crafting – disassemble unwanted cards to help you generate new cards
⦁Customize your experience with ‘mate’ companions, card protectors, game mats and more
⦁Extensive Deck-building features and resources, including a massive database of Deck Lists

At just under 6 GB of size, Master Duel takes a while to install, so make sure you have a good amount of time before getting started. I downloaded and played the game on PS5, Switch, and Steam. 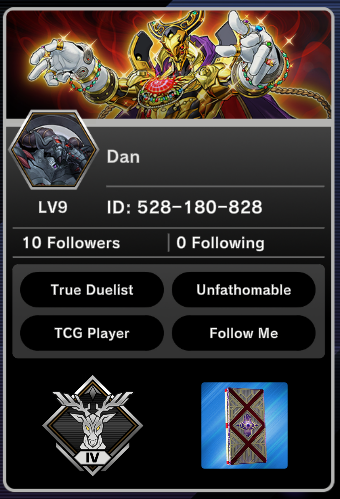 Feel free to follow me and check out any replays

After thoroughly exploring and playing the game, getting 50 free ‘legacy packs’ from PS4 and PS5 respectively, and exploring all the modes and Menus, I can safely say the best thing to do upon making your account is to get the Duel pass, and the 3 starter bundles. These bundles include incredibly useful cards such as Ash Blossom and Lightning Storm, as well as 10 packs for the price of only 7 and a half, which is just a good deal in general. Duel pass gives you 3x as many rewards as you’d get without it, including a full refund of the gems spent to earn it. You start out with 1000 gems but have an unbelievable amount of opportunities to earn tons more for free right away through the various modes. I also want to make a special note about the music, it’s actually impressive how great it is, and completely unexpected.

Right away on the title screen you’ll notice all the modes, missions, notifications, and the like. There are various things like surveys and live duels to watch (which tend to give free gems for doing so, once a day or more). The missions are a nice way to get lots of free stuff just for playing the game, and the daily missions change, well, every day! at 1 PM Eastern time. I particularly like these because sometimes the challenge is ‘play X spell cards’ encouraging you to try out other decks — since something like superheavy samurai doesn’t play any.

You also get points for playing ranked duels that drop little treasure chests, similar to Duel Links if you’re familiar with that. For every 1000 points earned during a Duel, you get a ‘drop’ that usually contains a legacy ticket. More on these later. If  you care about these drops, I recommend building Galaxy-Eyes, as you get 3000 points for ‘over 9,999 damage!’ and that’s the only thing that deck even does.

You can also under customer support in the settings menu link your account to your Konami Card Game (cossy) ID. Doing so allows you to back-up your data (very good idea!) as well as transfer it to your other platforms. I have access to my card pool, gems, etc, on my ps4, ps5, switch, and steam all simultaneously, and can cross-play across all of the systems.

There are two ways to play in Duel mode. Ranked and Room duels. Ranked duels are pretty straight forward. You take your deck into a randomly paired match against somebody else looking for an opponent in the same tier as you, and play a duel against them. If you win, you might even gain a rank. Each game also awards bonus points based on performance, and raises your level through xp gain, as well as earning rewards towards Duel pass. There is a lot of encouragement to use this mode, the rewards are absolutely bountiful.

As of writing this, it appears Platinum 1 is as high as the ranking will let me go.

Room matches are a bit different. You can set up a bunch of specific settings and invite friends, or provide a separate invite code for spectators to watch matches.

You can also edit tons of settings including a longer timer that goes all the way up to 960!

Deck mode is where the magic happens. Here you build your deck for Solo and PVP modes, craft and dismantle cards using Crafting Points, and target Special Packs to help you with your gem usage. I’ll cover that in the Shop section below. In Deck Mode, you can see your deck list and add/remove cards with right click or drag. When you select a card, as I have here with Blue-Eyes white Dragon, you can see how to obtain it, dismantle it for Crafting Points (10 for regular, 15 for glossy, 30 for Royal), or spend 30 to generate a new copy of it. You can even generate copies of cards you don’t own yet at all! 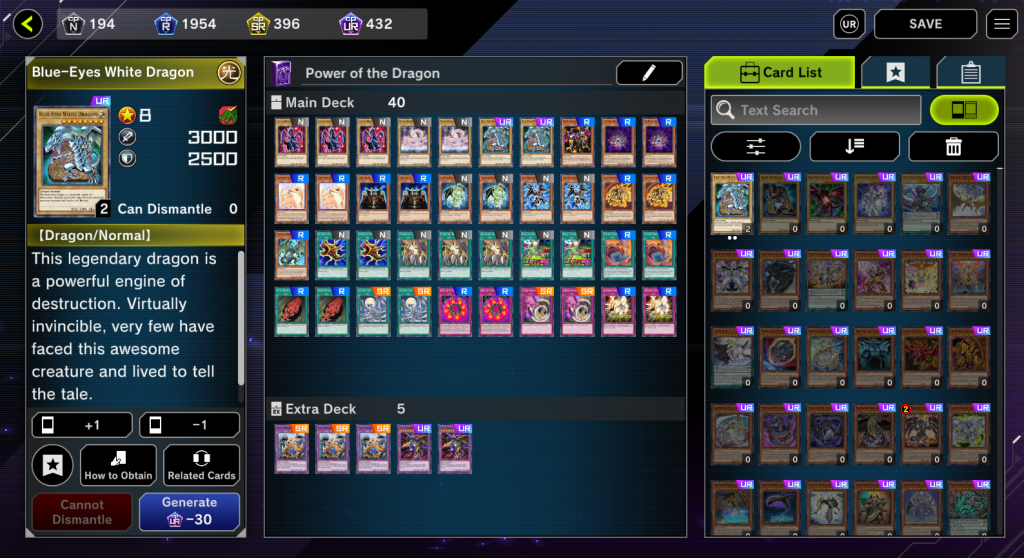 UR cards only dismantle for UR Crafting Points, SR for SR crafting points, and so on. No amount of R’s will get you a SR card unfortunately. This does however mean that every 3 SRs you pull that you didn’t want, you can convert into an SR you did want for your deck. There is also a 1/10 chance the card you craft is a glossy variant, and a 1/10 chance the glossy variant is a Royal Rare instead (1/100 chance total). I tried over 400 times to craft one of my N cards as a Royal Rare and did not get one, so roll at your own risk. Personally I would have preferred a sort of threshold system where after you craft 50 copies of the same card, the odds go up from 1/10 to 1/5 on glossy cards becoming Royal Rares, and after 50 more, raising it to 1/2, if not just increasing the glossy rate every 10 copies of a card you make.

I’m not going to tell you what to play, as part of the beauty of Yugioh is how much variety there is in the card pool, and how many viable decks there are. Some really strong ideas to start with are Dinosaur, Virtual World, Zoodiac, or Pendulum. If you’re looking for something more budget friendly, the best advice I have would be to get the cards Forbidden Chalice, and Book of Moon. These are only R’s and extremely, extremely powerful.

There have been a lot of cool Archetypes over the years that didn’t get a lot of attention, like Elementsabers, and Konami are here to make sure you learn how to play them anyway and maybe give them a fair shot.

Solo mode is a great way to unlock a lot of free cards. It’s a series of story-driven ‘campaigns’ where you use loaner decks (and sometimes your own, for extra rewards) to complete conflicts and progress the story while getting rewards and ultimately even entire decks. In each story mode there is also a gate that is locked behind one of several coloured ‘orbs’, that you get as rewards from other archetypal campaigns. There is more than enough orbs of each colour to do every single path, and even powerful cards like Reinforcement of the Army are given for free for completing these! 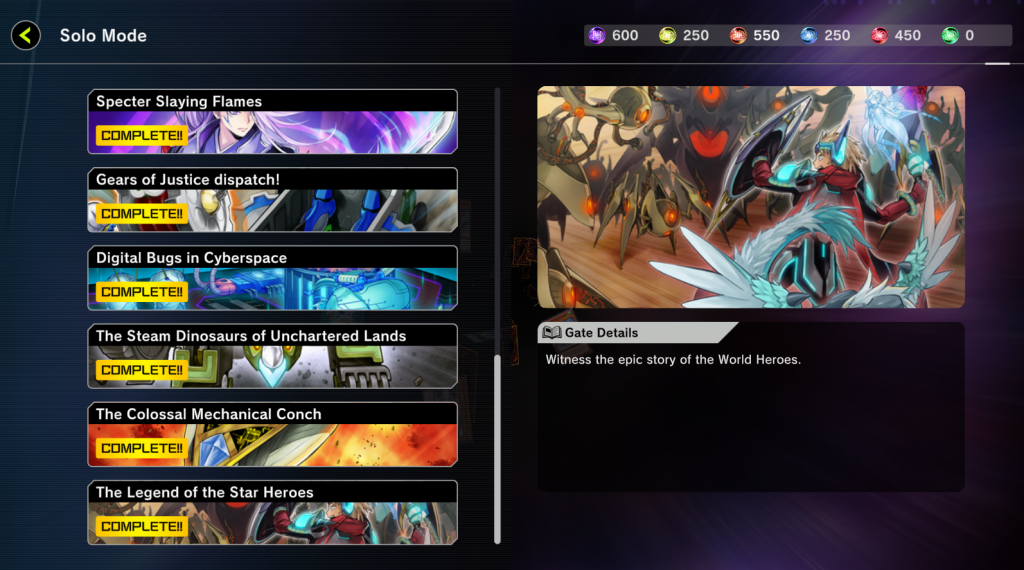 Some of the loaner decks are extremely bricky, the gem-knight one comes to mind where you can just open 5 Normal monsters and automatically lose, but you can just keep trying until you get a real hand and get your rewards! If I can beat em, you certainly can. You also get lots of player XP for doing these.

A helpful tip is enabling this setting, it can make or break some of those tougher matches!

In shop mode you can spend your gems on a mountain of useful things. Normal, Secret, and Bonus packs are the first thing on the list. The only bonus packs i’ve discovered are the legacy pack. You get these from PVP and solo mode, and each pack contains two cards from a nearly 4000 card pool exclusive to this product. You must either craft these cards or pull them here, so I’d consider them the best possible use of your Crafting Points.

The normal pack is the Master pack. This is where the other nearly 7000 cards are found. Every pack contains 8 cards, with the 8th one always being a rare or better.  If you pull a SR or UR card that is found in one of the secret pack sets though, you’ll unlock that pack for 24 hours. You can also craft a SR or UR from a secret pack to again awaken it for 24 hours.

Secret packs work a little differently. You still get 8 cards in your pack, but the first four are still from the master pack pool. The second group of 4 are also technically from that pool, but they’re more targeted. Secret packs contain usually 80 cards narrowly focused on one to three styles of cards, and the second group of four (including that 8th card that’s always a rare or better) will exclusively be these focused cards. If you spend 1000 gems at once, you also can turn the 8th card in the 10th pack into a guaranteed SR or UR. If you open these 10 packs and pull no URs, then the next 10 pack bundle will guarantee an UR in that slot.

The last thing to note would be the ‘Selection’ Packs, currently Stalwart Force and Revival of Legends. Stalwart force is actually the best set to be opening right now unless you have a specific deck you’re trying to make. These selection packs only exist for 60 more days as of writing, and new ones will appear. These too are 80 card sets, containing cards from all over the pool, but ONLY these 80 cards, in all 8 slots, making this the best targeted acquisition method. Every SR or UR in stalwart force unlocks a pack containing what most would consider to be a ‘meta’ deck. So 10 packs of stalwart force is a fantastic use of 1k gems to unlock a secret pack via your guaranteed SR, will let the game choose a deck for you if you’re looking to just fool around, and that deck will assuredly be very good.

There are currently two starter decks available for 500 gems each, based on Pendulums, and Utopia. You can only get these 3 times each and you cannot dismantle the cards for Crafting points. You can get these if you like, the Utopia deck in particular is very good for those looking to be pure F2p and not wanting to grind for lots of drops. Ultimately these would be the lowest priority use for gems, as far as cards are concerned.

Accessories also exist but all the best ones come from solo mode in my opinion. These are also a bad use of gems especially for a free to play user.

Lastly is the Duel Pass and Bundle Deals we mentioned before. The Duel pass pays for itself, and the Bundle Deals are each the best possible use of your starting gems in the game. Get all 4 of these right away!

If you have any further questions or just want to hang out, we’ve got a pretty active Discord Channel in the YGOrganization server dedicated to Master Duel you can check out. 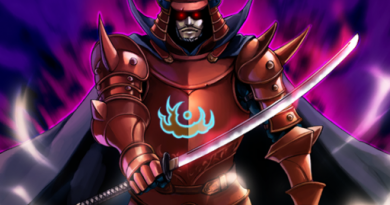 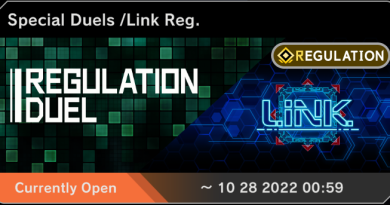 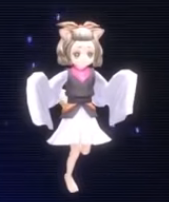