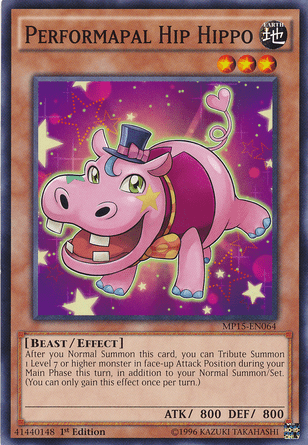 The Dark Illusion has something that might interest you, if you’ve been using E.Tele outside of Kozmo.

DISCLAIMER: This article is based upon a sample image and text provided by one of KONAMI’s official news outlets for the Yu-Gi-Oh! Official Card Game, and said sample image/text are not guaranteed to be final.

Not only has Emergency Teleport had utility without equal for Psychic-Type monsters (as the TCG’s Kozmo have shown), it’s also served as an off-and-on friend to Tribute, Synchro, and Xyz Summoning over the years. The oldest examples evoke Krebons alongside Destiny Hero – Malicious. The most recent examples call on Super Quantum monsters directly, and other builds indirectly when they dabble in Psychics like Ghost Ogre & Snow Rabbit and Super Quantum Blue Layer.

Over recent years, in non-Kozmo builds, E.Tele’s occasional role for assisting Summon methods has been to provide Synchro and Xyz Material a gross majority of the time, and the provided Material being Psychic didn’t exactly matter to the Xyz Monster using it.

Further, in those non-Kozmo cases of use as Xyz Material, the preferred Level to consider with Teleport was Level 3. This is because Rank 3 commands a superior lineup of Xyz Monsters in comparison to Ranks 1 and 2, and Level 3 commands a superior lineup (both among Psychics and non-Psychics) in comparison to Levels 1 and 2. Among Synchro Material considerations, 3 was also a good Level for both Tuners and non-Tuners to be, though being a Level 2 Tuner has often been fun too.

On occasion, the Attribute of the provided monster has mattered, the best examples of such provided by Naturia Beast, Naturia Barkion, and (rarely) Soul of Silvermountain – all of which demand EARTH. E.Tele can also provide LIGHT, DARK, and WATER non-Tuners, and LIGHT Tuners like the aforementioned Ghost Ogre and various “PSY-Frame” Tuners, but Synchros and Xyz that fit E.Tele particularly well don’t demand those other Attributes as material. (The “PSY-Frame” Tuners don’t much like being played via Teleport all the time, they really prefer playing themselves.)

So, this leaves us with E.Tele having a role not just as a Kozmo wheelhouse, but also something with some special significance for EARTH Synchro Material and Level 3 Xyz Material, as demonstrated from past events. Even now, its footprint in your deck is as small or large as you want it to be, thanks to Blue Layer’s ability to shuffle itself back into the Deck.

Thanks to the OCG’s Twitter page, we’ve secured a sample image of TDIL-JP053, and we’re going to call it “Super Hippo Carnival” for now.

Its written name is 超[ちょう]カバーカーニバル (spoken as “Chou Kaba- Carnival”). The characters within square brackets [] are characters written in small superscript over the preceding complex characters.

Before we get into strategy, I’ll show you why we call it a Super Carnival.

Its written name, 超[ちょう]カバーカーニバル, contains two separate components that’ve both been localized on earlier cards.
We find 超 with ちょう written above it (Chou) on several older cards, most notably 超[ちょう]融合[ゆうごう] (Chou Yuugou), the venerable Super Polymerization. The “Yuugou” is what makes it a “Polymerization” card, and the “Chou” is what makes it super.
We find カバーカーニバル (Kaba- Carnival) as the exact card name on DUEA-__055, Hippo Carnival.
From there, adding the two together is elementary.

Now, back to strategy. I presently translate it as follows:

Unlike the Carnival card from DUEA, which never caught much attention, this Super Carnival might – because, well, you don’t have to Summon any Tokens. You can just use it to Summon Performapal Hip Hippo and be done with it. Doing this still lets you Summon from your Extra Deck, leaving Hip usable as Material for such. Essentially, this is another X-Spells-one-monster small-footprint engine, akin to E.Tele + Blue Layer.

However, instead of relying on Layer’s effect to re-prime your other E.Tele copies, you’re free to discard Hip at will or use it to pay other costs and just let it sleep in the Graveyard forever: this is nice in cases where we don’t want to re-draw Layer. We can draw Hip once, sure, and we’ll be very sad if we do, but then we’ll just discard it for something like Twin Twisters, and then we don’t need to worry. If we draw Layer, we use it for something, shuffle it back into the Deck – and then if we draw it AGAIN we curse Lady Fortuna for her lack of kindness. The worst-case scenario for Hip can be a bit easier on us than the worst-case for Layer.

For Synchro Summoning, Hip is Naturia-compatible, and can pair very well with Obedience Schooled; For Xyz Summoning, Hip is Level 3 just like most of E.Tele’s Xyz-minded friends, and can pair very well with E.Tele itself. For Tribute Summoning, Hip is comparable to the minimum-size E.Tele+Blue engine, and builds focused on Tribute Summoning sometimes don’t care about Blue Layer’s superior stattage or about using other Psychics alongside Layer. (This is often why the Layer engine uses cards like Super Quantum Red Layer when focusing on Tribute Summoning: it is nice at times to know that if Red dies, it’s going to just resurrect another Blue from the Grave.) Hip’s 8/8 stats don’t compare to Blue’s 12/20, but this is what deckbuilding is about: tradeoffs. Do you want better ATK, DEF, and Red Layer synergy? Or do you want to not have to be concerned about re-drawing Blue, and do you want certain Type and Attribute?

Further, in cases where you’re looking at eating several direct attacks, Super Carnival may be much more defensively minded than E.Tele can often be in non-Kozmo decks. The Tokens provided by it can also be useful targets for Kuraz the Light Monarch‘s Trigger Effect, if you’re focused on Tribute Summoning.

Essentially, this card – Super Hippo Carnival – provides us something like a smaller version of the Quantal engine. The real question of which engine to use can hinge on how much or how little you want to deal with Red Layer, how valuable Hip Hippo’s Attribute may be to you, and how much space you want to devote to providing Tribute/Material for your Summons.

If your usage of E.Tele is as a sort of fire-and-forget means of securing Level 3 material, you may want to consider this card.

Lastly, I think I can help someone out by giving a bit of a shout-out. When I first began this article, I talked about the article’s contents with some people in a chat on Discord, and told em I was weighing pros and cons. One of that chat’s members made a video showcasing the same card, and that video might interest you as well, so here’s a link to it.

SECOND DISCLAIMER: Like this article, the above-linked video is based upon the same sample image and text provided by KONAMI’s same official news outlet, and as result, the video’s demonstration may not match how the card functions IRL upon release. Further, the above-linked video uses third-party gameplay facilitators, which cannot be guaranteed to work perfectly at all times.