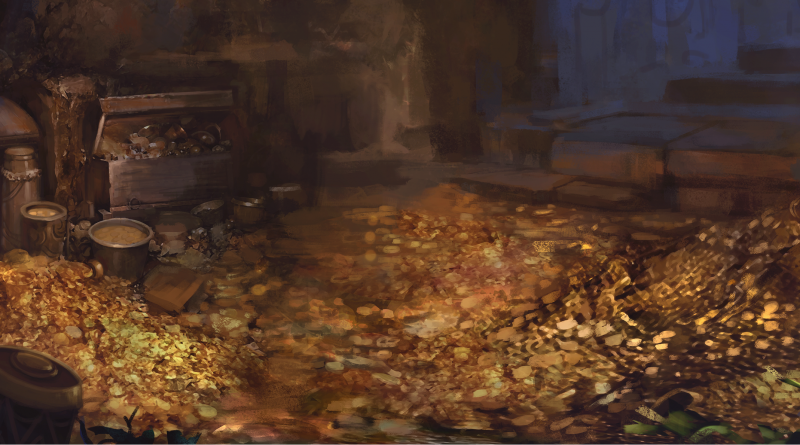 We have set up a Discord channel for HeroSync where we encourage you to come and ask us, the creators, directly your questions or give feedback about the project.

We have a very exciting announcement to make today. We will be launching a Kickstarter in the near future to help us fund our project – A brand new card game! Several of our teammates here at YGOrganization.com have created a new company – Rejected Studios Gaming – with the sole purpose of developing a new game: HeroSync.

HeroSync is a free-to-play digital card game that our team has been working on for over 2 years. HeroSync is a game played between 2 players who choose a Hero and build decks to compete against one another. HeroSync is designed to be completely free-to-play, to the point that all players will have access to all cards forever, for free. Our goal is to design a competitive card game where players are not hindered by their collection and can dive right into testing themselves against the community and competing for prizes.

We are probably the biggest card game fans you will ever meet; between us having built one of the largest communities for a major TCG, with our projects spanning from the number 1 source of independent news for the game to Wiki’s and even formerly a simulator that had at its peak over 4 million registered users.

We have been working on taking our experience a step further and creating a game for all players without the traditional barriers of free-to-play card games. We will not hinder players by slowing their collection building down unless they invest significant money or require them to put in significant time to build a collection. Though you won’t have to spend time collecting cards, we’ll be selling various awesome products to help you enjoy our game more. Cosmetic options for sale – with no impact on gameplay – will pull you deeper into the world of HeroSync. Competitive Tournaments will have entry fees offering real-world prizes. Competitive Ladders will offer challenge and glory to all players, and will also offer real-world prizes to players who purchase a Ranked Play License.

We decided to create HeroSync as a digital card game because we are longtime card game players and know the limitations of a physical medium. Problems such as questions about card interactions, accidentally using cards improperly, and the number of mechanics needing adjudicators at events in order for people to be able to enjoy the game is something that we wanted to move away from. The digital design space offers us so many things that couldn’t work in a physical setting and we are excited to share our take on this on a digital platform. Being digital also allows us to offer the game for free without the need to sell booster packs or other products in order for you to feel like you can compete.

Unlike other card games, HeroSync does not use a traditional resource system such as mana to play cards, instead players each turn will level up, unlocking the players ability to play stronger cards. Players begin each game of HeroSync at Player Level 1, and the maximum Player Level is 4. After each player has completed one turn, both players simultaneously Level Up. Each Level Up unlocks the ability to use stronger cards, but more importantly it unlocks your choice among three Sync Rewards that you may use for the rest of the current game. As you play, you choose your rewards either to enhance your own strategy, or to adapt to your opponent’s plans.

There are two pools of cards for players to work with: One is tied to their Hero, the other is an open expansion where players using any Hero can add cards to their deck from. This gives the users lots of customization to work with across all of the Heroes, especially when you consider the options you get to choose from each turn as you level them up!

We want to bring this project to life so that you can all play it, however, we need your help. Normally in this situation we would launch a Kickstarter campaign to begin building funding to help us finish the project, but in order to run a successful Kickstarter campaign, you require lots of visuals and graphics to really make the project stand out. While we have the technical skills and the game design down, we lack the initial funding to create all the necessary art assets for us to launch our campaign and promote it in a way to give us the best chance of success. So our first step is that we are launching our pre-Kickstarter campaign right here. All the funding raised will go into the development of art for final game, as well as helping us build our campaign for Kickstarter. Anyone who backs us right here at the beginning will receive additional rewards in the final release as well as gain some extra perks for the life of the game. Rather than posting an FAQ, we have set up a Discord channel for HeroSync where we encourage you to come and ask us, the creators, directly your questions or give feedback about the project. You can find the link here, and below this article.

Our funding target for our future Kickstarter Campaign is $150,000 USD. Here’s how we want to use it: 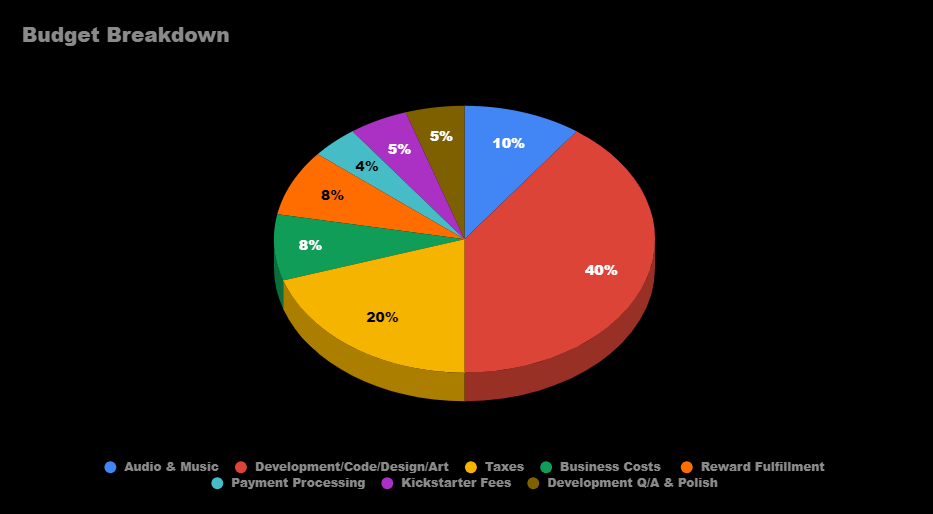 While the lion’s share of costs derive from game development, we have a number of other costs to cover, as well.

In gratitude, we’ve prepared the following HeroSync packages for our donors, investors, and supporters:

You can back here: paypal.me/ygorganization

In addition to the above rewards, all persons who support our Pre-Kickstarter Campaign will be able to reserve a username, and receive a permanent 10% discount on all in-game HeroSync purchases!

HeroSync is currently aiming at an Alpha release at the end of 2019, and a Beta release before July 2020. However, quality is as always our goal: if we need more time for Alpha or Beta, we’ll let you know if any target times change.

If you are unfamiliar with Kickstarter, it is a great platform to support projects you love to help them become a reality. You can find more information about Kickstarter Here.

We hope you are as excited about this project as we are, but if you still have questions please hop into our Discord and ask us directly, we want you to feel like you are a part of this project as much as the rest of us.

To give you an early peek at what you can expect from the game, you can see one of our launch Heroes here: – 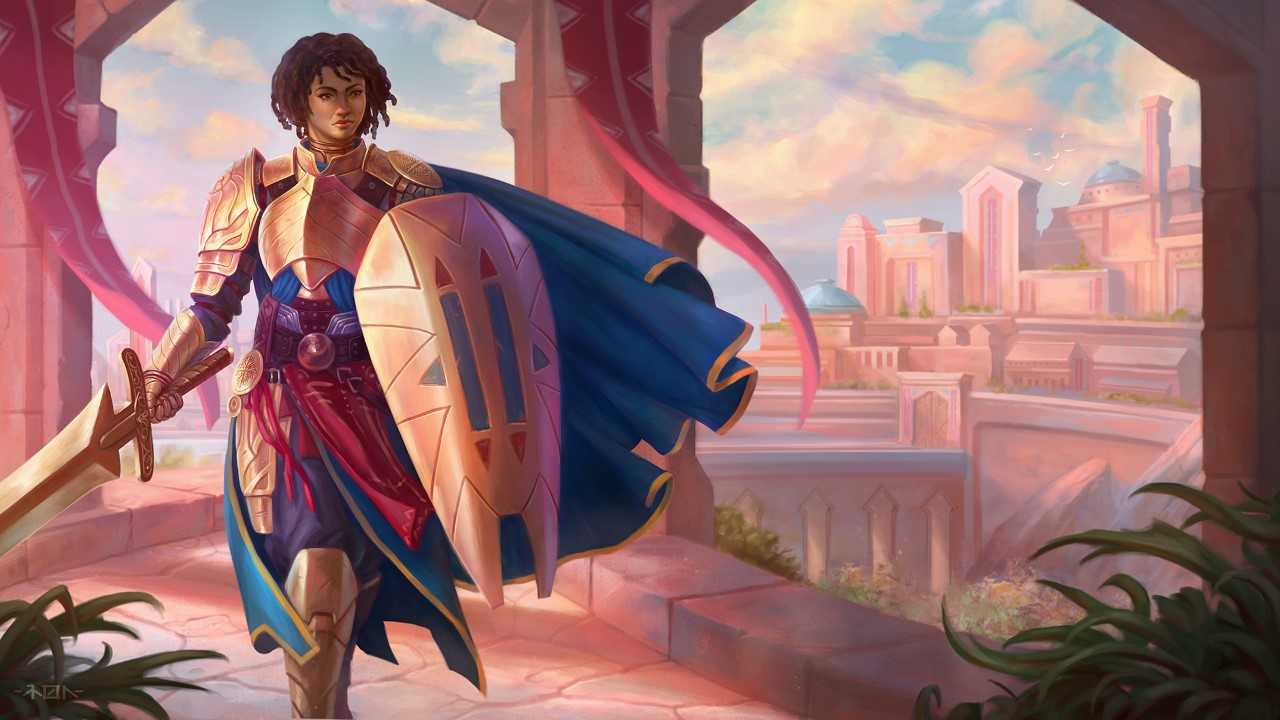 If you are a content creator and would like to reach out directly please do so via this email address: [email protected]

*Details to be revealed at a later date

** More details to follow, the short version is that these backers will be given early permission to stream the game to help them build their own content channels before other players.