This is the third article in our series about hand shots. 5D’s is more difficult to spot these in, as Riding Duels often feature very far-off hand shots. Let’s see what we can spot though and also take a look at Ground Duels.

There aren’t many of these from Yusei either, as he often has shots with cards he’s used before, but episode 1 gives a very odd one in Backup Soldier – a card that has no place in Yusei’s Deck. In the same episode, we also see Ushio (Trudge) use three cards to Summon Montage Dragon – Assault Dog, Guard Dog and Tactical Espionage Expert.

Yusei’s mishmash Deck from the prison has cameos everywhere. Too much to put into text, in fact. So I’ll just link to the YGO wiki’s card galleries instead. Here and Here.

Jack’s first full Ground Duel in episode 29 has him throwing out some odd cards due to Ushio’s milling strategy. We get Cost Down, Double Summon and Megamorph. We also see De-Synchro which never actually gets played once in all of 5D’s. We also get some early-bird cameos with Trap Eater and Nightmare Archfiend – long before he actually plays them.

Crow’s debut in episode 30 was certainly polarizing. It also contained another De-Synchro cameo and a shot of him with Jack’s signature Speed Spell – The End of Storm.

Ruka’s (Luna’s) Deck was never fleshed out too well, but we get a few additions that make sense via hand shots in episode 18 – Fairy King Truesdale and Swords of Revealing Light. In episode 12, we can also see Dreamsprite and Spirit of the Breeze during her Duel with Rua – the one that used a table. What a novel concept.

Episode 22 gives us Kodo (Commander Koda), the Duel profiler, who researches his opponents’ psychological history to find out what he should be doing while Dueling then. We can see Mind on Air in his hand at one point.

De-Synchro gets another cameo in episode 27 in Dick Pitt’s (Grady) hand.

Telepathic Power gets a cameo when Divine (Sayer) draws it in episode 37.

Breo’s mill strategy in episode 101 was detrimental to both players, but it didn’t matter because Jean was there to take over. We see him send Speed Spell – Overboost and Blasting the Ruins to the Graveyard due to Voltic Bicorn.

Bommer’s (Greiger’s) Deck in episode 53 had an odd one – Star Blast. It didn’t appear to be a Speed Spell version even. Its worth noting that the actual rules in the 5D’s anime state that you CAN use non-Speed Spells in a Riding Duel – by taking 2000 damage. Still, Star Blast?

Now, we come the instance that inspired this very series of articles – Harald (Halldor). Between episodes 127 and 129, his hand contained a plethora of random crap. First we have Soul Resurrection and Birthright, two Normal Monster support cards. Miraculous Descent has some merit, I suppose. Wall of Revealing Light is an odd choice given the Life Point cost and his lack of healing cards. Baton of the Hero,  a card Yusei used once also gets  a cameo here. Finally, he has Interdimensional Matter Transporter – which he discarded early on. This is perhaps the worst one, because it could have saved him later. 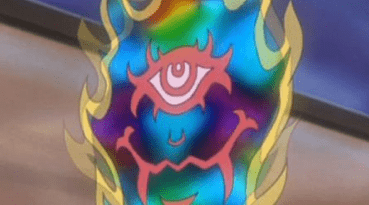 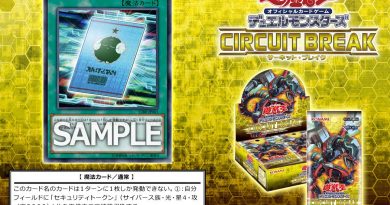