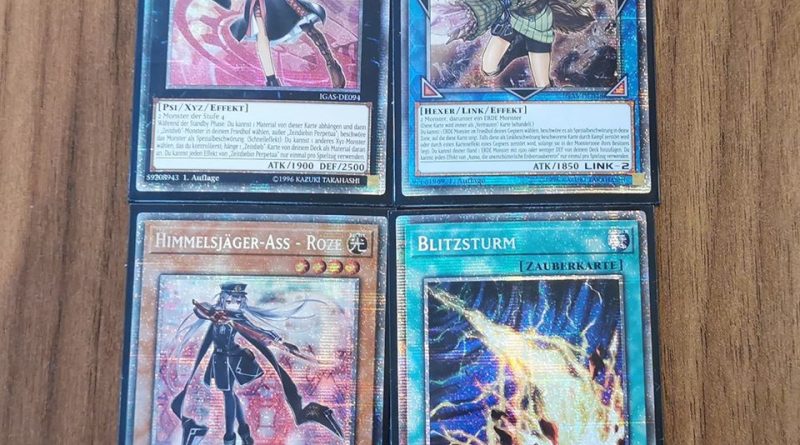 A new rarity gets its name, and an old one retires.

We’re getting information from Europe (and therefore cannot confirm that it will apply elsewhere at this time) about some pretty big changes starting with Eternity Code.

To start things off the new rarity, commonly called ‘prismatic secret rare’ or ‘Alternative Rare’ has been given its official name: Starlight Rare

Next, with Eternity Code, regular Rares, the cards with no foil artwork but a silver foil lettering on the names, has been retired. Similar to Speed Duel booster sets, you will no longer receive these in your booster packs.

There are additional Super Ultra and Secret Rare cards in the sets that will be distributed flat instead. All cards will be evenly distributed, which means no short or underprinted foils in Main Sets for the foils. Starlight Rares will be bumped up from 4 to 5 cards per set. It is not yet known how the distribution of alternatives to foils will go now that there is no Rare to replace. Each pack will contain 8 commons and 1 foil card.
Rares are not gone indefinitely, but there are no current plans to bring them back, just the possibility to do so exists.

Ignition Assault is confirmed to be the last Sneak Peek. These events have been discontinued. From ETCO (eternity code) onward, there will be Pre-Release events in which you get better promo cards (much more playable is the phraseology used). With the visit of the event you get the right to purchase 1 box of the set. The rest of the event will be open dueling.

Special Editions will be discontinued with ETCO. IGAS (Ignition Assault) will be the final Special Edition product. A new product will replace it in the future. More information will come later on this.

Rush Duels will not be introduced to the TCG. For now they will remain exclusive to Japan. Rush Duels are presently considered the OCG Equivalent of Speed Duels.

As more information comes out from Germany, we will continue to try and keep you guys updated.

Source: Renebrain at community day at KONAMI in Germany