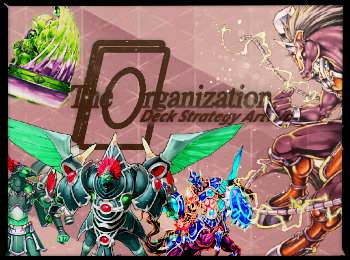 Let’s build modern Gladiator Beast and make the most of new support cards! 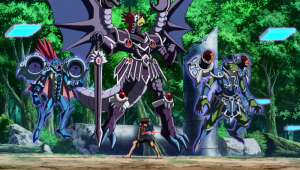 The Gladiator Beast archetype entered the fray near the end of GX, featuring one of the first archetypes completely centered around summoning strong monsters without using a fusion Spell card such as Polymerization, quickly dubbed as Contact Fusion summoning due to its similarity to the summoning method for the Neos Fusions. While this was the flashy gameplay hook to get people to play the archetype, they also had a secondary identity tied closely to their theme – battling then swapping out for a teammate. Nearly every Gladiator Beast has the ability to ‘tag out’, or return to the deck at the end of a Battle Phase in which it battled to Special Summon another Gladiator Beast monster from the deck. As most Gladiator Beast monsters trigger their effects when Special Summoned by the effect of a Gladiator Beast… yes, this was the primary way to access all the tools available to you.

In recent times, Gladiator Beasts have also received legacy support in the form of new support cards in a core set, as well as a significant boost from the upcoming rule changes and new TCG Forbidden/Limited List. So now is a perfect time to explore building this theme in the post-DUOV era! I’ll start with the bread and butter – Test Panther – the theme’s primary Link monster. This Link can be summoned with any 2 monsters, as long as 1 of them is a Gladiator Beast. When it is summoned, you tutor any Gladiator Beast card from your deck, and then its second effect truly enables the theme to shine. By targeting a face-up Gladiator Beast you control, you can tag it out for a new Gladiator Beast, treating the summon as if it was by the effect of a Gladiator Beast monster (triggering its effect when summoned). This Link is a great setup option for the theme, but it gets more powerful depending on the other cards you drew for your hand. Why? Because of one super strong Fusion monster.

Gladiator Beast Tamer Editor can be Contact Fusioned using any 2 Level 5 or higher Gladiator Beasts, and its effect lets you Special Summon an additional Gladiator Beast Fusion from your Extra Deck. No strings attached. Before the new rule adjustment, this required some planning and smart use of Test Panther‘s arrows, but now, this just lets you get free monsters straight from your extra deck. As your primary options, you can use Editor for Gladiator Beast Domitanus to be able to negate monsters and control your opponent’s attacks, for Gladiator Beast Heraklinos to negate Spells/Traps, or Gladiator Beast Gyzarus to destroy 2 of your opponents’ cards. This is awesome versatility for the theme to exploit, giving you options at the drop of a hat. With such an open decision tree, you really need to just be answering 2 questions when building Glad Beast: Do you want to go 1st or 2nd, and how will you get to Test Panther?

The primary option in the modern era is to rely upon the Normal monster for the theme, Gladiator Beast Andal, and all the awesome Normal monster support cards released over the years. Rescue Rabbit is a 1-card Test Panther, Unexpected Dai makes the summon of Panther trivial, and both of these options greatly support Gladiator Rejection, a Continuous Spell that gives you an extra Gladiator Beast when one is summoned from the Main Deck. Speaking of Normal monsters, there is another theme that loves giving free Link material and Non-effect monsters and that is the Tenyi! Combining forces here, your choice of Tenyi monsters can unlock some nutty utility options, such as Naturia Beast for even more Spell negation. But enough for the hypothetical, let’s check out the sample decklist from the onset so we can talk about my choices! 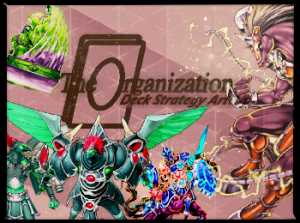 Click here to view the decklist in the Official Card Database.

Options for your First Turn Board:

As you may have noticed, the build I prepared for today’s article is entirely focused around going 1st. As noted earlier, Gladiator Beasts love the Battle Phase, but Panther’s ability to trigger their effects without needing to do battle truly ties the theme together in a nice bow. So, the goal for a going-first Gladiator Beast build is to throw as many negations onto the board as possible to slow the opponent’s progress. Let’s talk about each option that this specific build can put on the board.

Combine your Tenyi tuner with either Darius or Andal to make Naturia Beast, a fearsome foe for any deck reliant on their spell cards. This option is especially good when you can pair it with a Domitanus to negate a stray monster-based removal option, or when combined with the next ‘you can’t play’ option! The last major consideration is that this has a near-infinite number of negations per turn, unlike many other negation options that can only negate 1 card. This is why I prefer this to the Titanic Galaxy endboard, as that can only negate 1 Spell during the opponent’s turn.

This new link monster recently brought to the TCG in DUOV is quite a powerhouse for many reasons for this deck. First, it is easily accessible with so many Winged Beast monsters in both your Extra Deck and Main Deck. Just combine Panther with a Bestiari or even a Gyzarus, and you can arrive on Sovereignty. Second, its effects are amazing. During the End Phase, you can summon 1 Winged Beast from your hand or Deck with a Level equal to or Lower than the number of open Spell or Trap zones on the field. While the primary combo gaining attention right now is the Mist Valley endless negation board, you can also rely upon your sole copy of Barrier Statue of the Stormwinds to lock your opponent out of Special Summoning most of their monsters!

That combo is not unique to Gladiator Beasts at all, but where it starts to get a bit more advantageous is when you consider what happens if you end on this board with a Gladiator Rejection. Since Simorgh can summon from the deck during either player’s End Phase and you have so many Winged Beasts, you can threaten to steal the game on the second turn if your opponent cannot get rid of both the Barrier Statue and the Simorgh. Because if they just kill the Barrier Statue and call it a day, Simorgh still summons a Bestiari, which then triggers Rejection to summon another Gladiator Beast from the deck, giving you enough advantage to steamroll any other competitive deck!

Your last option when setting up an opening board is to rely upon your Gladiator Beast Fusions. Domitanius and Heraklinos can be an efficient pair at locking down your opponent’s options, and Editor can summon both for free! Also, remember that Editor has no hard once per turn restriction, so if you can keep getting it on and off the field, you can continue to summon more Gladiator Fusions from your Extra Deck! This is the primary reason why I run so many copies of recovery options, like Monster Reborn, World Legacy Succession, and Gladiator Beast Comeback. With the right hand, you very well could recycle Editor 2 or 3 times, getting you all 3 of your other Fusions off of the effect of just one super powerful monster.

Now this was just my approach to building going first Glad Beast – there is an entirely separate variant that can be just as effective and tuned specifically to break troublesome boards. There are a number of great options you can run, so here’s a couple if you want to take Gladiator Beasts in that direction instead.

These hidden gems support the theme so well, similar to how effective both have been over the past couple formats. Basically Mind Control is a great way to force your opponent to negate it, otherwise you get to disrupt their end board. If they do not have any monsters offering negation, then you just got your second monster for Test Panther for free! On the Instant Fusion side of the house, you do the same by just threatening to summon Thousand-Eyes Restrict. While both of these cards are now limited by the recent F/L list in the TCG, there is definitely some potential to make the most of them!

Similar to the above options, as Pankratops is Limited, but this serves a slightly lesser role since it can be either a removal option or the second monster for Panther. The other benefit here is that Pankratops has 2600 ATK and can use that to its advantage to attack over a threat, giving you the potential to remove multiple cards from your opponents board before breaking out the Gladiator Beasts.

This spell card remains as powerful as ever when going second, but you have to be smart about using it. In short, you have to be certain that you can get rid of all your opponents monsters before going for it, as well as setup a board that will be difficult for your opponent to respond to on their next turn. Since Gladiator Beasts have great mass-removal options in Gyzarus and great negation boards, you can definitely take advantage of Ruler without worrying about the limitation that your opponent still gets another turn to play the duel!

Worried about choosing to run cards to destroy backrow or monsters? Storm has both covered, but at the cost that destruction just isn’t as strong as it used to be. That said, Gladiator Beasts rely almost exclusively upon destruction by card effects or battle for their monster removal, so this is adding a bit more the same thing. It’s definitely something to consider though!

As those callouts should indicate – this deck is highly adaptable to how you want to play the duel. That is probably the coolest part about Gladiator Beast now – your playstyle can play a role in how you build and then play the deck. Heck, if you really wanted, you could use your side deck to be able to smokescreen between the two variants during a match, switching back and forth depending on if you were going first or second. This versatility gives the deck much more options than I could possibly list, so note that this list is not comprehensive.

At the end of the day, the cage match will continue with or without you – the Gladiator Beast archetype has been quite the fan favorite ever since its release. While I doubt we will ever return to the times where duelists would turn to Gladiator Beasts in every new format, the deck can certainly compete with the best of them in the new format defined by the rise of the non-Link and Pendulum Extra Deck Summoning card types. For now, the battle must rage on in the coliseum. Catch you next time when we take to the Stage…

Reminder, I also take suggestions for future CDS articles! I really want to see some input from you! If you wish to see a CDS article about the archetype, theme, or strategy you love, feel free to private message me on the YGOrg Discord server, the YGOrganization Forums, or just post a comment in response to this article on our Facebook page with your ideas to keep under consideration! On most YGO-related communities my username is Quincymccoy, so feel free to reach out. As of now, I have a couple of outstanding requests that I am looking at: Cyberse, Generaider, HERO, Mecha Phantom Beast, Shaddoll, Speedroid, Vehicroid.