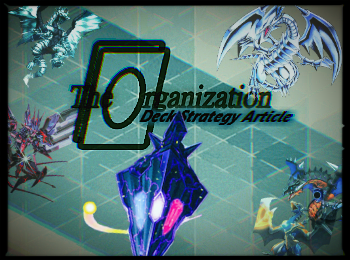 Faster than the speed of light, this combo deck combines many different facets of Dragon strategies! 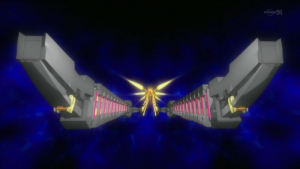 One of the least-supported characters of the ZEXAL era, Mizar rivaled Kite’s role of the Galaxy-Eyes master as a superb duelist near the end of the Don Thousand arc. His theme didn’t include too many monsters, but it was especially good at getting dragons onto the field that were Level 8 to then Xyz Summon his boss monster, Number 107: Galaxy-Eyes Tachyon Dragon. However, with the release of the upcoming set of Chaos Impact next month, his theme (and the Chaos Dragon strategy as a whole) is about to get a major boost of legacy support.

Similar to Mizar’s tactics in the anime, the goal of this article and the Tachyon Dragon theme is to showcase the power of the Dragon-type as providing so many tools to play through disruption. But before we get too far into the deck, let me introduce the featured Tachyon support cards in case you weren’t aware of their impending arrival to the TCG. Nebula, the Star Cloud Dragon (YGOrg Translation) is our initial playstarter – it can summon itself and another Level 8 Dragon monster from your hand, then it restricts you to only LIGHT or DARK dragons for the rest of your turn. It also gives you the ability to banish itself from the GY to get back a Level 4 LIGHT or DARK Dragon, adding some longevity. So Nebula’s dual role really gets to shine here.

Next up for the new support is Bulge, the Spiral Dragon (YGOrg Translation), the extender for the theme. By controlling 2 LIGHT and/or DARK dragons, it can be summoned from your hand or GY, then once it is on the field, you can make all monsters you control Level 8 for the rest of the turn. This lets you both setup for Rank 8 Xyz Summons, simply extend for more Links, or serve as excellent discard fodder for Dragon Ravine. Following Bulge is our tiny dragon, Seyfert, the Starliege Dragon (YGOrg Translation). First, Seyfert can do some math to trade any Dragons from your hand or field and add a new Dragon with a Level equal to the sum of those sent. Then it also has an eff similar to Nebula to banish itself from the GY to get back a Level 8 LIGHT or DARK Dragon. Seyfert serves as a setup option due to its first effect, but the biggest impact it has on your duel is its ability to get the Dragons you dont want in your hand out of it and the Dragons you want in your hand in it.

The last key cards that tie this theme together have already been sprung upon the TCG. First is our main disruption card and one of the best reasons to play this deck, Tachyon Transmigration. First it is a counter trap that can be used from the hand, but the bigger benefit is that it negates all of the prior effects on a chain. Many decks like to chainblock important effects (Marincess, Salamangreat), but a Transmigration out of nowhere can put an end to that, especially for an unsuspecting opponent. The last centerpiece of the strategy is a soulcrushing Rank 8 Xyz monster – Number 97: Draglubion. Use his effect to end your combo chains, resulting in a second Dragon Xyz from your Extra Deck, then if he survives the turn, you can even do it again! Draglub lets you go directly into your Number C107: Neo Galaxy-Eyes Tachyon Dragon, a key card that is effectively a Dark Ruler No More on legs without the damage restriction. Also, it provides the conditions needed for a Transmigration!

I think you all would be able to agree that the subtitle for this article could just be ‘Goodstuff Dragons’, and while it may seem all over the place to start, you’ll start to recognize the combos that are open to this deck. An easy comparison to make is between this strategy and the more well-known Rokket strategy that just hit the TCG. While you can retrofit a bigger Rokket engine into this to make the best of both worlds, you will be sacrificing the biggest benefit this build would bring to the table – more stable openings. To be frank, both strategies do a lot well. Would you rather focus on using Agairpain to bring out your main disruption, or would you rather rely upon the suprising nature of a Transmigration? Do you want access to Hope Harbinger, or do you want access to Borreload Furious? These are the trade-offs to consider.

The other thing you’ll notice about the deck is that the hand traps you run can also be all Dragons. On top of the disruption from Hope Harbinger and Transmigration, you can easily run Phantazmay to disrupt targeting and Tiamaton for on the spot destruction. If you haven’t noticed, there are so many different DARK Dragon ‘handtraps’ available for use, and they all have a very easy combo to become active. When Hieratic Seal of the Heavenly Spheres is tributed, you can summon Omni Dragon Brotaur which then can search any of these Dragon handtraps. Also, both of these monsters are fairly recyclable in here, whether it is Nebula returning your Tiamaton for an encore performance or simply Chaos Emperor recycling banished dragons after being banished for your plethora of Chaos summons. At the end of the day, you have an insanely flexible strategy that can pivot from disrupting the opponent to playing through disruption on a dime. This is why I have loved playing around with this strategy – you have combo potential without sacrificing the ability to disrupt.

Lastly, I want to highlight the cards that tie this all together – Ravine and Melody. Ravine, easily searchable via Romulus – lets you keep getting the Dragons that love your GY back where they belong. With more GY presence comes more Chaos dragon summons, whether it is Emperor or Levianeer. On the other hand, Melody searches your heavy hitters on a dime. This deck features a ton of options on this front. Grab Emperor for some recovery, Levianeer for an extender, the Blue-Eyes monsters for an extra Level 8 body… each are good options in their own right, but they also serve in different roles at different points of the duel!

This deck has so many subengines that are completely interchangeable – that means you have a ton of additional options to tap into to support your core Tachyon dragons. Here’s just a couple to consider.

Tachyon Dragons combine with one of the best-supported types in the game to unleash quite the monster. Blast away at your opponent with combos of the fearsome engine of destruction, raining down bullets upon your opponent’s attempted field presence. If you like to rely upon powerful Xyz monsters – this deck really is one of your best bets to shine. But I hope you’re ready to take a more gimmicky take on the game once the next article is strung up.

Reminder, I also take suggestions for future CDS articles! I really want to see some input from you! If you wish to see a CDS article about the archetype, theme, or strategy you love, feel free to private message me on the YGOrg Discord server, the YGOrganization Forums, or just post a comment in response to this article on our Facebook page with your ideas to keep under consideration. On most YGO-related communities my username is Quincymccoy, so feel free to reach out.