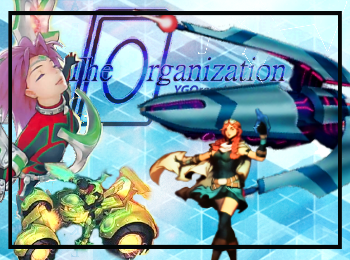 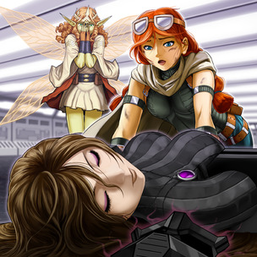 May the Kozmojo be with you… Always:

The Kozmo archetype, originally joining the game as a TCG-Premiere archetype, features one of the coolest thematics ever in the game. Merging Star Wars and The Wizard of Oz characters together, each archetype member portrays a different part of both the space opera and the technicolor dream. But from a Yu-Gi-Oh gameplay perspective, this theme is all about LIGHT and DARK Pilots and Starships, combining both Psychic and Machine monsters! The ‘Pilots’ or Psychic-type enablers each share a quick effect to banish itself to summon a Kozmo monster from the hand of a higher level. On the other hand, the ‘Starships’ or Machine-type threats each offer a trigger effect when destroyed to tutor another Kozmo monster from the deck of a lower level. So think of this as a double ladder, the Pilots raise your Levels skyward, and the Starships bring you back down! Beyond this basic comparison, each Pilot and Starship brings an additional effect to the table, so let’s cover the important ones!

Our Luke/Dorothy hybrid monster, Kozmo Farmgirl, is our Level 3 Pilot and our primary OTK-enabler. Whenever she inflicts battle damage to the opponent, you can pay 500 LP to tutor any Kozmo card. In other words, you can use this to tutor a Starship, then immediately banish Farmgirl to summon it from the hand, offering some fun shenanigans! Another option for searching your essential Kozmo cards is Kozmo Tincan, our Level 1 Pilot and a combination of R2D2 and the Tin Man. During either End Phase, you can pay 500 LP to select three Kozmo cards from the deck, randomly getting 1 added to your hand while the others go to the GY. Outside of the floating potential of the Starships, this is your primary way of gaining new advantage from the Kozmo theme. The last low-level Pilot to cover is Kozmo Strawman. Strawman can pay 500 LP to special summon any banished Kozmo monster, just its effects are negated and it is destroyed in the End Phase. This recovery option lets you basically float a Starship twice, as well as enabling certain link plays that would otherwise be unviable.

Moving to our Starships, the best option is clearly Kozmo Dark Destroyer. This Level 8 Starship cannot be targeted by your opponent’s card effects, plus it can destroy a monster on the field whenever it is Summoned. While you will primarily use this effect to destroy your opponent’s monsters, don’t forget that you can destroy your own Starships too to get a new Kozmo from the deck! On a similar topic, Kozmo Sliprider is our Level 5 Starship, just it destroys a Spell/Trap card upon being summoned. Again, you will primarily use its effect against your opponent’s cards, but you can use it against your own field spell for the theme, Kozmotown as well! Town offers three effects – first, it lets you mulligan any number of Kozmo monsters in your hand, shuffling them back into the deck and replacing them with new draws. Second, it lets you recover a banished Kozmo monster by paying LP equal to 100 times its Level. Then third, whenever it is destroyed, you get to tutor any Kozmo card! Just imagine how powerful this can be if we had a way to continuously destroy our own cards… 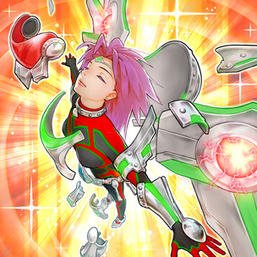 The Metalfoes theme stormed onto the scene as the second attempt at a FIRE Pendulum theme, offering a mix of Normal Monster Pendulums and Effect monsters, centered around the Fusion Summoning mechanic. They also happen to all be Psychic monsters, which will be important later on. Each of the Metalfoes Main Deck monsters offers the same Pendulum effect – “Once per turn: You can target 1 other face-up card you control; destroy it, and if you do, Set 1 “Metalfoes” Spell/Trap Card directly from your Deck.” If your gears are starting to turn, yes, there is a ton of synergy here between the two themes. But let me cover the support cards first that you can set from the Deck.

Metalfoes Combination is a continuous Trap card, and it will probably be first in priority as to what you should set from the deck. It is the most important due to its second effect – whenever it is sent from the field to the GY, you can add a Metalfoes monster from the deck to hand. This is essential because it helps you complete your two Pendulum Scales (1 and 8), which then lets you get more Kozmo monsters out of your hand much more easily (and without bleeding card advantage by banishing the Pilots). A close second is Metalfoes Counter, a Normal Trap card that summons a Metalfoes monster from the deck whenever a card on your field is destroyed by battle or card effect. It also can be banished from your GY to add a Metalfoes monster from your Extra Deck to hand, and thus is yet another way to complete your scales. You also have 2 Fusion Spells to choose from, but those are less important until we cover our main Fusion options.

Metalfoes Mithrilium is up first, a Fusion combination of a Metalfoes monster and a Pendulum monster (read as 2 Metalfoes monsters here). Mithrilium can return 2 Metalfoes cards from your GY to the deck to bounce any card on the field back to the hand. This can be used to bounce your own cards, but it will primarily be used as your non-destruction removal for your opponent’s threats. Also, whenever it is sent from the field to the GY, it Special Summons a Metalfoes Pendulum monster from your Extra Deck or GY! Yay for more advantage. The other option is Fullmetalfoes Alkahest, a Fusion of any Metalfoes monster and a Normal monster. This monster doesn’t do much on your turn, but during your opponent’s turn, it can equip a monster they control as an equip card to it. Alkahest then gains DEF equal to that equipped monster’s ATK, so it act as both a wall and a disruption tool!

You may be asking what other synergies exist between these two themes beyond destruction and a common type, so give me 2 paragraphs to convince you.

The first synergy to highlight between the two themes is the ability for Kozmo to have access to any archetype card they need at any given time. Since all of the Metalfoes Pendulums can destroy a card you control and Kozmotown tutors whenever it is destroyed, you have access to a free Kozmo card basically any time you draw Town. This is not a luxury afforded to pure Kozmo decks, who still would need to pull off some sort of combo to achieve the same effect. Since the Kozmo archetype is inherently a combo-reliant theme, you absolutely need that search power to ensure you have the right combo pieces at the right time. This also lets the archetype play on a much more aggressive footing than Kozmo decks of the past – before, the optimal strategy was running Card of Demise and Pot of Duality and just responding to your opponent’s plays. Now, you can be proactive with your deployment of Starships and Pilots, beyond just sitting on Tincan.

The second synergy revolves around a recent Link Monster arriving to the TCG, Union Carrier. Carrier can be made by any 2 monsters with the same Type or Attribute, and once per turn it equips a monster from the deck of the same type or attribute to a monster on the field. Since Carrier is a Machine, that means you can equip any of your Starships to Carrier. Once a Starship is face-up, it is fair game to destroy with a Metalfoes Pendulum effect, and then that Starship still will tutor a new Kozmo from the deck! All you need to make Carrier is a Pilot and a Metalfoes or 2 Metalfoes monsters, so there are plenty of combos to make that possible with the help of Unexpected Dai, since the majority of Metalfoes Pendulums are Normal Monsters! These components serve as the core of the synergy between the two themes, so how about you check out how they perform in tandem?

I hope you noticed many of the power plays and different playstyles that you can take with this combination of archetypes. In some duels, I could take a more aggressive footing, playing forward with my Starships and Pilots. In other games, I simply ground down the opponent’s options with the nigh-infinite recursion of the Pendulum Monsters, as well as the high recyclability of the Metalfoes (and Kozmo) cards. Either way, the stall power of having so many disruptive options as well as continuously floating cards gives you an edge in duels. But some of the unhighlighted Kozmo monsters help to take this to even another level.

Kozmo Dark Lady, the Level 5 Pilot that is the combination of Darth Vader and the Wicked Witch of the West, is the disruptive pilot. By paying 1000 LP, you can negate the activation of a monster effect, then destroy it. This is absolutely amazing at protecting your plays against hand traps, especially whenever you have both Pendulum Scales and can Pendulum Summon her out before making a serious push. But with 2200 ATK, she also offers a ton of pressure on the opponent to get her off the field quickly, ‘wasting’ monster effects to ensure that they can get her off the field before they try to complete a combo. On the other hand, Kozmo DOG Fighter is a Starship that supports the grind theme. Every Standby Phase, you get a token that has 2000 ATK and 2400 DEF. Over time, these stack up quite nicely, but remember that you can also choose to use those tokens as Fusion Material for Alkahest if need be, even with Fullmetalfoes Fusion during the opponent’s turn! 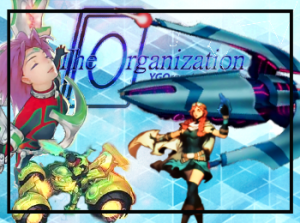 Check out the decklist in the spoiler below!

Time to blast back to the stars and try this deck out for your own. I hope you enjoyed taking a trip down the yellow brick road, cause this theme is really cool with its playstyle, thematic, and art! Remember, triggering your own cards via controlled destruction can be great, which is the primary reason why Metalfoes play so well with Kozmo in the sandbox. At any rate, thanks for reading, and I’ll hopefully catch you soon as the next CDS article speeds your way.

Variations of this build is currently participating in The Creative Deck Strategy Showdown, Part 2 in Group A! Be sure to check that out!

Reminder, I also take suggestions for future CDS articles! I really want to see some input from you! If you wish to see a CDS article about the archetype, theme, or strategy you love, feel free to private message me on the YGOrg Discord server, the comments section of any of my YouTube videos, or just post a comment in response to this article on our Facebook page with your ideas to keep under consideration! On most YGO-related communities my username is Quincymccoy, so feel free to reach out

As of now, I have a couple of outstanding requests that I am looking into: Witchcrafter, Sky Striker, Shaddoll, Synchron, Superheavy Samurai, & Simorgh.