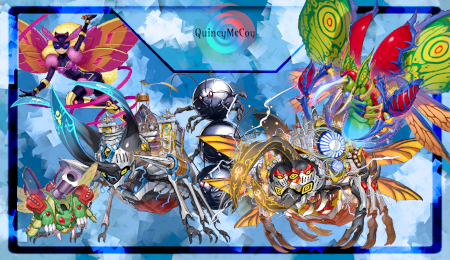 Something’s been bugging me about this new theme…

Today’s profile features the Weevil Legacy Equip-Insect support set to debut in the upcoming PHHY set, so let’s dive straight into the new cards, shall we? First up is Great Antlion (YGOrg Translation), a Level 3 Insect that can equip another Insect from the hand or GY as an equip card when summoned, which gives Antlion 500 bonus ATK/DEF – you can even trigger this using its other effect, which lets you Special Summon it from the hand when your opponent declares an attack! The main purpose of this card is to reuse the effects of other key Insect monsters that trigger when sent from the field to the GY, such as Resonance Insect or Retaliating “C”, neither of which have a Once-Per-Turn restriction. Additionally, an equipped Antlion can be used to Special Summon the new Perfect Great Insect (YGOrg Translation) Fusion Monster, which can be Fusion Summoned or Summoned by tributing an Insect with 2000+ DEF that is equipped with an Equip Card. Perfect Great cannot be destroyed by battle and carries a Quick Effect to destroy all monsters the opponent controls while a Field Spell is face-up on the field. In addition to these two new rockstar monsters, we’re also set to receive another power bug that comes with destructive power – Tree Crown Armorperor Beagram (YGOrg Translation). This Level 9 monster boasts 3400 ATK and can destroy all face-up monsters on the field except for Insect and Plant monsters. More importantly, it’s summoned from the hand or GY by banishing 3 Insect (or Plants) from your GY, giving you another way to trigger all those Resonance Insects. The last major new bug coming to the OCG soon is Beetle Amalgamation Zekstagger (YGOrg Translation), a Level 8 Insect that can allow each player to Special Summon an Insect from their hand or GY during each End Phase, as well as having an easy way to Special Summon itself from the hand.

So now that we’ve talked new bugs, let’s talk about the Beetrooper engine that is sharing the spotlight here! The Beetrooper archetype is well known to TCG players, but just released over in the OCG. You’ll quickly notice I’m running a quite slim Beetrooper engine – it is really here to provide its powerful Counter Trap, Beetrooper Fly & Sting, as well as additional boss monsters in the form of Ultra Beetrooper Absolute Hercules, Heavy Beetrooper Mighty Neptune, and Giant Beetrooper Invincible Atlas. Together, these powerful Beetles hold nothing back, which is important when you are investing in the swarm. As for other key cards, I also want to highlight Giant Ballshoot (YGOrg Translation), a new Continuous Spell that can be used to either recover a Level 6 or lower Insect from your GY, or it can be used to switch control of an Insect you control with a monster your opponent controls. Then there’s Hiding “C” (YGOrg Translation), the newest EARTH Insect Hand-Trap, which can jump out of your hand whenever your opponent Special Summons a monster, before it flips face-up during the End Phase destroying all Special Summoned monsters on the field! So that’s that… bugs, bugs everywhere and not a single can of bugspray in sight. Exterminate your opponent instead for once with a Perfect Great Insect!

Note: This is continuing the style of Creative Deck Profile articles, designed to showcase a build through replays and an attached summary. If you wish to see a CDP for an archetype, theme, or strategy you love, feel free to private message me on the YGOrg Discord server, the comments section of any of my YouTube videos, or just post a comment in response to this article on our Facebook page with your ideas to keep under consideration! On most YGO-related communities my username is Quincymccoy, so feel free to reach out. Current pending requested profiles include: Hunder, Cardian, Mathmech 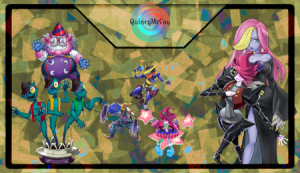