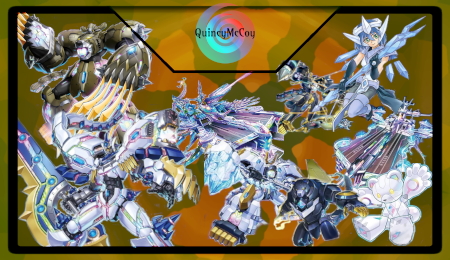 Soar through frozen constellations with the Ursarctic archetype!

Today’s profile features a theme that I covered during CDSS6, but decided to include as it’s own profile for the first time! The Ursarctic archetype features a set of WATER Beast and Beast-Warrior monsters that offer an alternative form of Synchro Summoning – using the difference in levels rather than the sum. The Level 7 non-tuners and the Level 8 tuners can all summon themselves from the hand during either player’s turn, typically at the cost of a Tributed Level 7+ monster from your hand. However, the archetype offers multiple alternative ways to satisfy that cost, such as Ursarctic Big Dipper (Banishing Level 7+ from GY instead of Tributing from hand), Ursarctic Depature or Ursarctic Drytron (either can be banished instead). The beauty of this theme is its versatility, with the Level 8’s offering disruption and the Level 7’s advancing your gamestate. As examples of this, look at Ursarctic Megatanus which flips an opponent’s monster facedown when Special Summoned or Ursarctic Mikbilis which summons another Ursarctic from hand when it is Special Summoned.

But as mentioned in the intro, this is a Synchro theme – Ursarctic Polari is the Level 1 Synchro, activating Big Dipper directly from the deck when summoned and carrying an ability to recover an Ursarctic from the GY. Ursarctic Serpentrion locks down the effects of monsters that do not have levels (i.e. Links or Xyz monsters), and your other boss monster is Ursarctic Grand Chariot. But my build also uses their new Ursarctic/Drytron Fusion monster summoned using the two theme’s Field Spells: Ursatron, the Celestial Polar Illuminaship (YGOrg Translation)! Finally, to round out the build, I slotted in a tiny Icejade engine and used the rest of the slots for burn cards such as Magic Cylinder, Reloaded Cylinder (YGOrg Translation), and Mahamma the Fairy Dragon! Talk about serious Frostbite… With that, be sure to check out the Ursarcitc Assault in action, and maybe even take it for a spin yourself!

Note: This is continuing the style of Creative Deck Profile articles, designed to showcase a build through replays and an attached summary. If you wish to see a CDP for an archetype, theme, or strategy you love, feel free to private message me on the YGOrg Discord server, the comments section of any of my YouTube videos, or just post a comment in response to this article on our Facebook page with your ideas to keep under consideration! On most YGO-related communities my username is Quincymccoy, so feel free to reach out. Current pending requested profiles include: Melffy, Dark Magician, Gunkan, Starry Knight. Some of my prior requests was covered by participants in CDSS5, and some others were covered by CDSS6, so I highly suggest checking those out and subscribing to my channel for all of my latest profiles on YouTube! 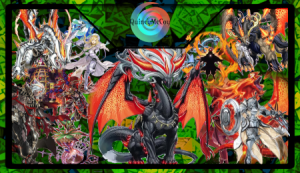