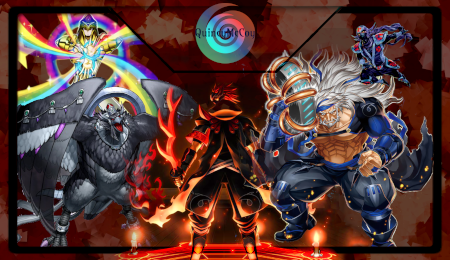 Your eyes aren’t deceiving you – we will receive yet another wave of legacy Ninja support in the upcoming PHHY core set! In the spirit of devotion to our Ninjitsu Art overlords, I thought it was best to turn back the clock and re-invent a strategy that used to be popular for the Ninja Archetype – locking out the opponent with Dark Simorgh and Anti-Spell Fragrance. FYI, I recently covered the first wave of Ninja support in this profile, so check it out: CDP: Krawler Ninja Mosquito Ghostrick.

Speaking of the Simorgh Lock, the goal of the deck was simple – activate Anti-Spell Fragrance while you controlled Simorgh, and your opponent lost access to both Spells and Traps. Wouldn’t it be a shame if we could extend that lock to also include Monster Effects… oh wait, we actually can, now with the existence of Performapal Five-Rainbow Magician. With Five-Rainbow and Simorgh, your opponent will be unable to activate monster effects on the field or declare an attack, because they can’t set a card to get around Five-Rainbow’s effect. This is especially powerful now that few decks run Spell-based removal, leaving your opponent’s open to a deceitful death. If the passive Ninja Control playstyle is not for you, then consider the other half of the deck, making the most of the aggressive new Ninja Fusions, such as Meizen the Battle Ninja and Yaguramaru the Armored Ninja (YGOrg Translation). In terms of other new cards, A World Shrouded in Darkness (YGOrg Translation) is a new Field Spell for the theme, offering additional removal potential while synergizing well with Meisen’s direct attacks. Then there’s Jio the Weighted Ninja (YGOrg Translation), the first Rock Ninja monster that can flip up to 2 face-up monsters facedown when summoned or flipped face-up, then whenever any other monster on the field flips face-up, it can destroy a card your opponent controls. All of these options breathe new opportunities into the Ninja archetype, letting it more effectively sneak up on an opponent… Unleash the hidden blades, with a modernized Ninja Simorgh Lock Strategy!

Note: This is continuing the style of Creative Deck Profile articles, designed to showcase a build through replays and an attached summary. If you wish to see a CDP for an archetype, theme, or strategy you love, feel free to private message me on the YGOrg Discord server, the comments section of any of my YouTube videos, or just post a comment in response to this article on our Facebook page with your ideas to keep under consideration! On most YGO-related communities my username is Quincymccoy, so feel free to reach out. Current pending requested profiles include: Dracoslayer, Hunder, Weevil Bugs, Plunder Patroll, Ghoti 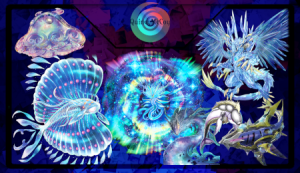