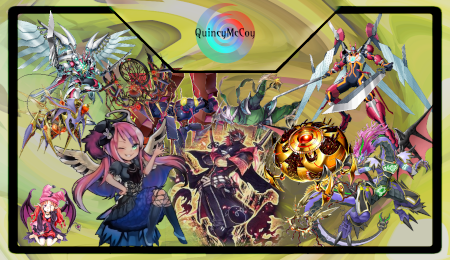 Did I just see a creepy krawlie, a ghostie, or a Ninja!? Yes to all.

Today’s profile features a hodgepodge of themes, serving as a great preview for next week’s theme of endless hybrid builds. I’m going to start with the Krawlers, as they are an archetype of EARTH Insect FLIP monsters that just received a massive power boost with the release of Krawler Soma, a Level 6 monster that can Special Summon up to 2 other Krawler monsters from the Deck or GY. Soma even has a handy way to summon itself from the hand, just by flipping a face-up monster you control face-down! Combine that with the likes of Krawler Glial to Special Summon another Krawler when flipped or Krawler Receptor to tutor another Krawler monster, you will have plenty of material for either Link or Xyz Summons. Speaking of Xyz Summons, this is a perfect time to highlight the Ghostrick combo, which features Xyz Summoning Ghostrick Socuteboss, using that to Xyz Summon Ghostrick Angel of Mischief. Next, use her effect to tutor Ghostrick Shot, which brings Socuteboss back to the field to be used to Xyz Summon another Mischief, who tutors Ghostrick Scare. Now, simply Xyz away your two Mischief for Number F0: Utopic Future and Number F0: Utopic Future Dragon.

Now all of that combo sounds nice and all, but let’s leave that in the past as now it’s time to talk about Ninjas. The Ninja are an archetype of primarily Warriors that have received many waves of support over the years, but with the newest wave from the next core set, we now have a way to actually bring back their Flipping prowess once more! Insect Ninja Mitsu (YGOrg Translation) is a Level 2 WATER Insect that can Special Summon itself from the hand whenever you control any Ninja card or a face-down defense position monster. Additionally, she carries a Quick Effect to flip a face-down monster face-up in response to an opponent’s monster effect – if you flip up a Ninja, that effect is negated! The other primary Ninja we’re using today is Green Ninja (YGOrg Translation), when can summon itself from the hand by flipping a monster that was just Special Summoned face-down. Plus, when it is sent from the field to the GY, it flips a monster’s battle position! As a final highlight, we also are employing Ninjitsu Art of Mosquito Marching (YGOrg Translation) here, as it can summon Krawlers straight from the hand, plus it is the key support card for our ace in the hole – Number 2: Ninja Shadow Mosquito (YGOrg Translation). With the Mosquito in your arsenal, no opponent is safe from an unexpected loss due to burn damage! Closing us out, with all of this flipping synergy, it only makes sense to include Calamity Upon the Hidden City (YGOrg Translation) as well – this Continuous Spell beefs up your monsters by 1500 ATK/DEF after they’ve been flipped, making any Krawler or Ninja a force to be reckoned with. Equip your Ninjitsu Arts to the Krawlers and watch them scare any opponent into submission!

Note: This is continuing the style of Creative Deck Profile articles, designed to showcase a build through replays and an attached summary. If you wish to see a CDP for an archetype, theme, or strategy you love, feel free to private message me on the YGOrg Discord server, the comments section of any of my YouTube videos, or just post a comment in response to this article on our Facebook page with your ideas to keep under consideration! On most YGO-related communities my username is Quincymccoy, so feel free to reach out. Current pending requested profiles include: Dark World, Zoodiac, Runick, Poker Knight. 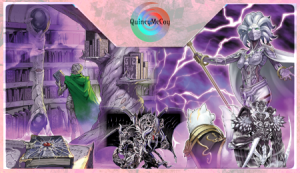