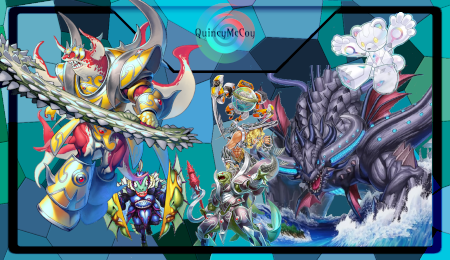 Sometimes you can teach an old deck new techs!

Welcome to today’s watery Creative Deck Profile, featuring the Mermail and Atlantean archetypes. At its core, this deck loves resolving the effect of Neptabyss, the Atlantean Prince, a Level 1 Sea Serpent that can send another Atlantean monster from your Deck to the GY to tutor an Atlantean card. What makes Atlanteans so cool is that their second effects trigger when sent to the GY to activate a WATER monster’s effect, so if you send Atlantean Dragoons, you get to tutor any Sea Serpent monster while also getting another Atlantean monster to hand. For example, grab a Mermail Abyssmegalo and you can discard 2 other WATER monsters to Special Summon it from the hand and tutor an Abyss- Spell/Trap Card… which is probably also triggering Atlantean effects along the way. This combination is really what made this deck tick in the past, and it has only gotten better with the fleshing out of the Deep Sea theme. Deep Sea Diva may just serve as 3 more copies of Neptabyss in this strategy, but Deep Sea Minstrel was a great addition to this WATER deck, as it allows you to scan your opponent’s hand to temporarily banish a threat such as an important hand trap.

Let’s dive deeper than just the surface of this strategy to talk about some of the techs I’ve included in my take on the strategy. First up we have the expanded Mermail Equip suite, alongside 3 copies of Armory Call. The Mermail archetype is supported by multiple Equip Spells, such as Abyss-scale of the Kraken and Abyss-scale of the Mizuchi. They both grant a Mermail monster additional ATK, but they also carry an effect to send themselves to the GY to negate a Monster or Spell effect respectively, that was activated on your opponent’s side of the field. Since this negation occurs at the resolution of their effect, you can use Armory Call to surprise your opponent, equipping one of these Spells to your monster out of your Deck! The other unique tech option that I’m choosing to run here is Ursarctic Polari and Ursarctic Big Dipper. Polari can be summoned by sending a Diva and a Neptabyss to the GY, and it activates a Big Dipper from your Deck when Summoned. After that, each time a monster is Special Summoned, a counter is placed upon Big Dipper. You see, after 7 or more counters have been placed, you can remove all of them to take control of an opponent’s monster. Combine this unique form of disruption with the hidden capabilities of Armory Call, and your opponent will be left with a trickle of options… especially after you rip multiple cards out of their hand with the effect of Moulinglacia the Elemental Lord. Embrace a rejuvenated WATER deck with the help of the Mermail, Atlantean, and Deep Sea monsters!

Note: This is continuing the style of Creative Deck Profile articles, designed to showcase a build through replays and an attached summary. If you wish to see a CDP for an archetype, theme, or strategy you love, feel free to private message me on the YGOrg Discord server, the comments section of any of my YouTube videos, or just post a comment in response to this article on our Facebook page with your ideas to keep under consideration! On most YGO-related communities my username is Quincymccoy, so feel free to reach out. Current pending requested profiles include: Hunder, Crystron, Tellarknight, Lunalight 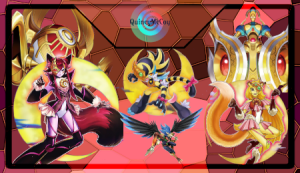