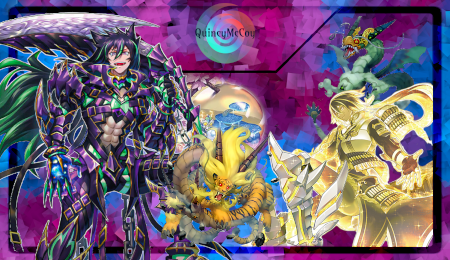 Welcome back for today’s CDP, this time featuring the Manadome archetype, newly revealed to be coming in the next core set, Cyberstorm Access. The Manadome theme is the smallest of the Starfrost lore themes, consisting of 2 Level 2 Tuners, a Synchro, and the Manadome alter-ego of Starfrost. Manadome Meek (YGOrg Translation) and Manadome Hearless (YGOrg Translation) are the tuners, two Fairy monsters that can be Special Summoned while you control Visas Starfrost or any monster with 1500 ATK/2100 DEF. Additionally, these two Tuners summon another copy of themselves from the Deck when destroyed by a card effect, which pairs nicely with Starfrost’s effect to destroy a monster and Special Summon itself. It also pairs well with the last Manadome Main Deck monster, Manadome Riumheart (YGOrg Translation), which can destroy a Manadome monster or one with 1500 ATK/2100 DEF to Special Summon itself from the hand. Additionally, it tutors a Manadome card upon being summoned! As with the previous stops on the Starfrost lore adventures, the Manadome theme is supported by a Field Spell – Primal Planet Kalarium (YGOrg Translation) – that tutors a Manadome monster or Visas Starfrost, in addition to Special Summoning a destroyed Tuner back from the GY.

Now with all of this destruction, it isn’t too much of a strech to think immediately to the Yang Zing. This Wyrm Synchro theme shares many characteristics with the Manadome, specifically that they summon additional monsters when destroyed. Whether it is Bixi, Water of the Yang Zing or Chiwen, Light of the Yang Zing, these Wyrms will float into another Yang Zing monster when destroyed, giving you quite the array of potential Synchro options. All of these monsters mentioned so far also pair well with Clear New World, a Normal Spell that can destroy a monster to Special Summon another with a different Type/Attribute and lower level from your Deck, giving you even more ‘bang’ for your on-field investments.

As the final part of this lovely hybrid, I’m also choosing to dip a bit into the Scareclaw archetype, as they can be used as a great supportive generic engine. With Primitive Planet Reichphobia, the Scareclaw Field Spell that can tutor a Scareclaw or Visas Starfrost, you have access to additional combos. The primary line I included here was to use it to tutor out Scareclaw Reichheart, which has 1500 ATK/2100 DEF and can Special Summon itself in the same column as a Scareclaw Link monster, specifically Scareclaw Light-Heart, which can be summoned using 1 Visas Starfrost. Light-Heart also kicks off this combo chain, as it tutors Reichphobia upon Summon! Back to Reichheart, whenever it is summoned, it tutors out a Scareclaw Spell/Trap card, and here I’m using Scareclaw Nova which can Special Summon back a fallen Visas Starfrost. As the final addition to this lore-heavy build, I’m also using Starfrost’s new Fusion Monster, Vicious Astroud (YGOrg Translation), which can Special Summon itself by banishing a Visas Starfrost and a monster with 1500 ATK/2100 DEF from your Field or GY. Combine all of these cards together with powerful Synchro monsters such as Baronne de Fleur, Swordsoul Grandmaster – Chixiao, Baxi, Brightness of the Yang Zing, or even Manadome Prime-Heart (YGOrg Translation), and you have yourself a successful strategy. Imagine a combined world with these Starfrost themes!

Note: This is continuing the style of Creative Deck Profile articles, designed to showcase a build through replays and an attached summary. If you wish to see a CDP for an archetype, theme, or strategy you love, feel free to private message me on the YGOrg Discord server, the comments section of any of my YouTube videos, or just post a comment in response to this article on our Facebook page or through the site with your ideas for me to keep under consideration! On most YGO-related communities my username is Quincymccoy, so feel free to reach out. Current pending requested profiles include: Hunder, Evil Eye, Constellar, ‘Tellar’… again, Solfachord 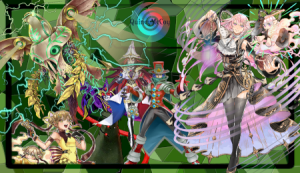