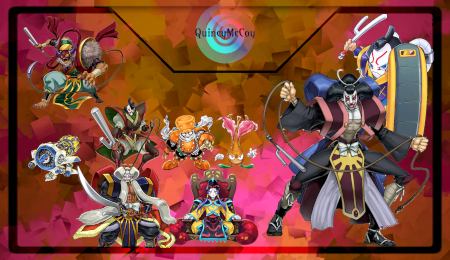 Welcome to today’s CDP, this time featuring the Goyo archetype in its entirety. Originally released as a standalone Synchro Monster, Goyo Guardian shatters all expectations of a Level 6 Synchro. Boasting 2800 ATK and the ability to steal an opponent’s monster that it destroys in battle, this monster actually had to be erratta’d to require an EARTH tuner… it was just that game-warping. Fast forward through the rest of the 5Ds cycle, and additional Goyo monsters were released such as Goyo Defender, a Level 3 Synchro that can summon an additional copy of itself from the Extra Deck, Goyo Chaser, a Level 5 Synchro that carries Guardian’s effect except it halves the stolen monster’s ATK, and Goyo Predator, another Level 6 that carries Guardian’s effect except that it halves any battle damage it would inflict to a player. These Synchros were also joined by Goyo King, a Level 8 Synchro that requires a non-Tuner Synchro Monster as material. When it destroys an opponent’s monster by battle, it gives you the option to steal that monster for yourself, or take control of another face-up monster your opponent controls.

All stealing aside, these Synchros may be extremely battle oriented, but they exist to swing duels and card advantage in your favor through battling – something that I still wish War Rock accomplished better. To help this quest, they also recieved their own Fusion of Synchro monsters, Goyo Emperor. Emperor bestows Guardian’s effect to steal a monster to all of your monsters – while you control Emperor, any monster destroyed by battle and sent to the GY can become yours. Also, if your opponent happens to Special Summon, you can even tribute an EARTH Warrior Synchro Monster to take control of that Special Summoned monster(s). To gain access to Emperor, we’re running Miracle Synchro Fusion and Polymerization, which also happen to give access to Naturia Gaiastrio and Dragon Knight Draco-Equiste as well! As for the rest of the Main Deck, that’s entirely comprised of various engines that speed along the Synchro Summoning of Goyo monsters. From Synchrons led by Junk Converter to a Battlewasp Engine featuring Battlewasp – Sting the Poison, this deck even makes use of Obsessive Uvualoop – just for the fun of it! Steal your opponent’s monsters away with the Goyo theme!

Note: This is continuing the style of Creative Deck Profile articles, designed to showcase a build through replays and an attached summary. If you wish to see a CDP for an archetype, theme, or strategy you love, feel free to private message me on the YGOrg Discord server, the comments section of any of my YouTube videos, or just post a comment in response to this article on our Facebook page with your ideas to keep under consideration! On most YGO-related communities my username is Quincymccoy, so feel free to reach out. Current pending requested profiles include: Dracoslayer, Kashtira 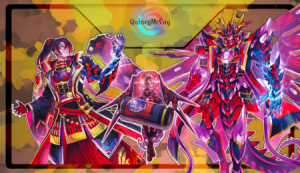