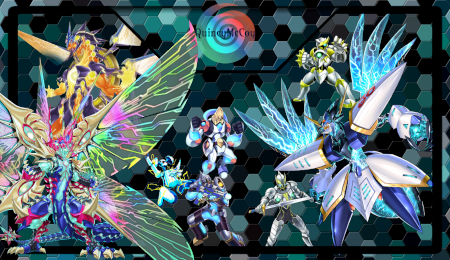 Welcome to today’s profile, this time centered on the twin archetypes of Galaxy and Photon. The Photon archetype meets in the middle with the Galaxy archetype with the theme’s key monster, Galaxy-Eyes Photon Dragon; however, the two archetypes historically have differed in primary goals. The Galaxy cards typically are higher leveled, serving as paths to Rank 8 Xyz monsters which are the win condition. Options like Galaxy Knight or Galaxy-Eyes Afterglow Dragon serve as great material for summons. On the other hand, the Photon monsters are much better at swarming Level 4 monsters, like Photon Vanisher or Photon Advancer, giving you access to Rank 4 Xyz Monsters which provide consistency. While both sides offer consistency cards, such as Galaxy Soldier, Photon Orbital, Galaxy Expedition, Photon Change, Galaxy Wizard, they have arguably even more important consistency options in the form of Photon Jumper (YGOrg Translation), Galaxy Hundred, and Galaxy Photon Dragon. You see, Jumper tutors a Galaxy or Photon Spell/Trap card upon being sent to the GY, and Hundred sends any Photon or Galaxy card from the deck to the GY, such as Jumper or even Photon Emperor for a free Level 8 and an additional LIGHT Normal Summon. As for Galaxy Photon, this Rank 4 can tutor any Galaxy or Photon card, as well as fix the level of a Special Summoned LIGHT monster to either be 4 or 8, as needed.

Now why is all this consistency so important? Because this deck runs a lot of high-leveled monsters, and consistency ensures that they can still be usable. For example, that Hundred into Jumper combo can then be used to tutor Galaxy Trance, which in turn revives Jumper while summoning any Level 4 Galaxy monster from your deck, giving you two Level 4s to make Galaxy Photon Dragon and tutor Galaxy Soldier, which discards any LIGHT monster to Special Summon itself and tutor any other Galaxy card, which then…. yeah you get the picture. Instead of relying on combos of cards like Photon Orbital + something else or Galaxy Solider + a LIGHT monster, you now can focus more of your deck on providing additional options to give yourself a leg up in various duels. Need more help getting an extra Number 90: Galaxy-Eyes Photon Lord or Number 38: Hope Harbinger Dragon Titanic Galaxy on your board? Turn to Last Hope Numbers (YGOrg Translation) or technically even Galaxy Expedition and Galaxy Zero. Want another Rank 4 for additional protection? Look to Galaxy Summoner to make Starleige Photon Blast Dragon. Need a big powerhouse? Dive into Galaxy-Eyes Cipher X Dragon and make all your LIGHT monsters untargetable. The Galaxy is truly your oyster with this new and improved strategy – all you have to do is dream big and shoot for the stars.

Note: This is continuing the style of Creative Deck Profile articles, designed to showcase a build through replays and an attached summary. If you wish to see a CDP for an archetype, theme, or strategy you love, feel free to private message me on the YGOrg Discord server, the comments section of any of my YouTube videos, or just post a comment in response to this article on our Facebook page or through the site with your ideas for me to keep under consideration! On most YGO-related communities my username is Quincymccoy, so feel free to reach out. Current pending requested profiles include: Hunder, Sword Emperor, Albaz, Therion, Springans, Icejade 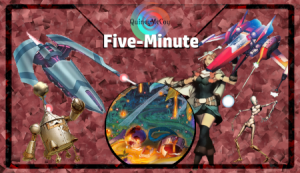