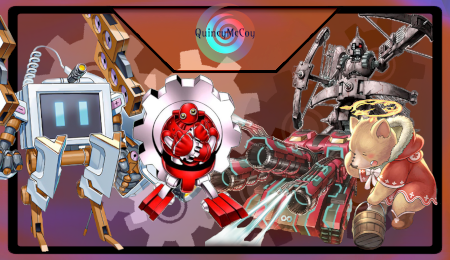 Welcome back for another Creative Deck Profile, this time watching your opponent squirm as you loop your way to an early victory via burn damage. Today’s profile is all about combining many of the various EARTH machine archetypes to constantly gain card advantage, before using Morphtronic Telefon to loop endlessly while Cannon Solider MK-2 is on the board to keep tributing 2 Telefons for 1500 damage, before cycling an additional 2 Telefons back to your board. To assemble this burn combo, you need two things – 3 copies of Morphtronic Telefon on your field/GY (with at least 1 on the field), and Cannon Solider MK-2. In other words, Saryuja Skull Dread is going to be your best friend. But before I get into that, let’s talk about the best combination of archetypes in this deck – the Gadgets and the Vernusylph.

The Vernusylph archetype is not new to my channel, appearing many times with various EARTH archetypes, but they typically discard themselves and another EARTH monster to summon an EARTH monster from your GY and perform some other beneficial effect. Vernusylph of the Misting Seedlings searches an EARTH Fairy, Vernusylph of the Awakening Forests sends an EARTH monster from the Deck to the GY, and Vernusylph of the Flourishing Hills tutors another Vernusylph card. Combine any with a Gadget monster, and you get the beneficial effect, then either Red Gadget, Green Gadget, or Yellow Gadget can be Summoned from the GY, triggering its effect to tutor the next Gadget in line. Any Gadget means fodder for a string of Vernusylph effects, such as Seedlings into Hills into Forests. After two such effects, you can Xyz Summon Gear Gigant X to tutor a Telefon, or you can tutor Ancient Gear Box instead which then tutors an Infinitrack Anchor Drill.

The other important Infinitrack is Infinitrack River Stormer, a Rank 5 EARTH Machine that tutors any other EARTH Machine from your deck, such as MK-2. While this may seem difficult to Xyz Summon at first, don’t forget the second effect of Anchor which can make itself and a Telefon Level 5. Or you can do it the old-fashioned way, by Synchro Summoning Naturia Beast and Superheavy Samurai Swordmaster Musashi to make your 2 Level 5s. As for the final archetype here, Therion “King” Regulus makes an appearance as a way to protect your plays – Special Summon him out easily from the hand, and he can be used to negate an opponent’s activated card or effect while you’re going for the FTK/OTK. Or you can rely on Crossout Designator that meets the same purpose. Either way, this deck has even more tutoring options to make sure you have your combo pieces, such as Clockwork Night (YGOrg Translation) and Aussa the Earth Channeler, both of which can be used to tutor any EARTH Machine that matters for your victory. Like gears in a watch these archetypes fit together perfectly, putting your opponent on limited time as you burn for game!

Note: This is continuing the style of Creative Deck Profile articles, designed to showcase a build through replays and an attached summary. If you wish to see a CDP for an archetype, theme, or strategy you love, feel free to private message me on the YGOrg Discord server, the comments section of any of my YouTube videos, or just post a comment in response to this article on our Facebook page with your ideas to keep under consideration! On most YGO-related communities my username is Quincymccoy, so feel free to reach out. Current pending requested profiles include: Hunder, Mermail, Atlantean, Crystron, Tellarknight, Lunalight 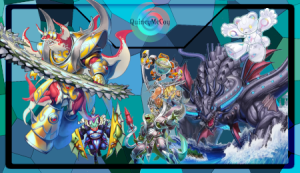