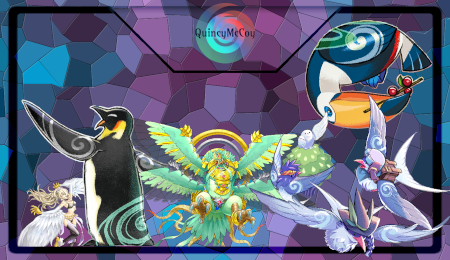 Feel the floowing breeze on your face.

With these tools alone, the deck offers substantial disruption and control capabilities, but you can also introduce some side engines and cards to get even more value out of the archetype. First is the obvious Barrier Statue of the Stormwinds, preventing both players from Sepcial Summoning outside of WIND monsters. You can also turn to the Harpie theme – I choose to use Harpie Dancer and Harpie Harpist, as the first lets you return a WIND monster you control to the hand for an additional Normal Summon at the time of your choosing, and the second can be used to bounce both a Winged Beast you control and any monster your opponent controls. Including these Harpies also enables you to run Harpie’s Feather Storm, a devastating trap that can protect your plays or interrupt those of your opponent! The final archetype at play today is the Simorgh archetype, specifically led by Simorgh, Bird of Perfection. This Level 4 DARK Winged Beast can be Normal Summoned whenever you summon another Winged Beast monster, then it mills a Simorgh monster to tutor a Simorgh Spell/Trap, such as Elborz, the Sacred Lands of Simorgh for an additional Normal Summon or Simorgh Sky Battle, to provide protection for your flock of Winged Beasts. Drift on drafts with the Floowandereeze!

Note: This is continuing the style of Creative Deck Profile articles, designed to showcase a build through replays and an attached summary. If you wish to see a CDP for an archetype, theme, or strategy you love, feel free to private message me on the YGOrg Discord server, the comments section of any of my YouTube videos, or just post a comment in response to this article on our Facebook page with your ideas to keep under consideration! On most YGO-related communities my username is Quincymccoy, so feel free to reach out. Current pending requested profiles include: Dracoslayer, Egyptian God. 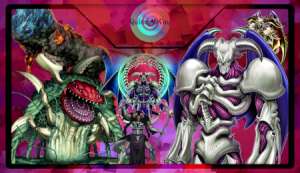