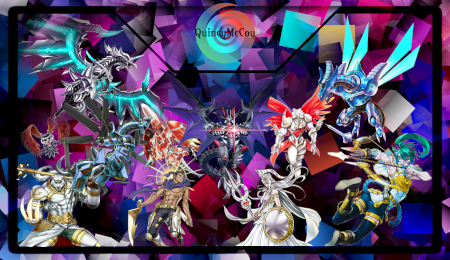 Welcome back to another profile, this time focusing on the Chaos playstyle when combined with the Lightsworn archetype. The Lightsworn archetype is known to do one thing very well – turbo mill through your deck, getting a second hand out of your GY to extend plays. That said, this deck is designed to do that even better. With Chaos Ruler, the Chaotic Magical Dragon, The Vampire Zombie, and Minerva, the Exalted Lightsworn at your disposal, you can easily mill through your deck and get your GY primed for chaos summons. That’s right, we have The Chaos Creator and Chaos Nephthys returning to play, but we also have Black Dragon Collapserpent and White Dragon Wyverburster alongside Chaos Space for even more fun combo potential. Speaking of combo potential, I’m making the most of the latest F/L list by including a copy of Destrudo the Lost Dragon’s Frisson and Fairy Tail – Snow, both of which are great at returning to your field from the grave, and even better at returning to legal play from the F/L list apparently!

Now about those Lightsworn monsters again, we have a few more key options to highlight. Felis, Lightsworn Archer and Wulf, Lightsworn Beast serve as the key options you want to mill, as they come back to your board ready to serve as Synchro, Xyz, or Link material. Same with your Performage Trick Clown, the honorary Lightsworn monster. But here I’m also using a Rokket Engine, fueled by Rokket Tracer and Absorouter Dragon to get even more card advantage from milling. Closing out the mass milling side of the strategy is Orbital Hydralander, a Level 8 with the ability to mill even more, while destroying cards! While he’s not the most consistent here, he’s definitely good enough to warrant including. As for the namesake of the deck, one win condition is to actually loop Fairy monsters with Athena‘s effect combined with Darklord Superbia, especially when you through Extra Deck fairies like Exalted Minerva herself or Artifact Dagda into the mix. Channel your inner light with these Chaotic Lightsworn!

Note: This is continuing the style of Creative Deck Profile articles, designed to showcase a build through replays and an attached summary. If you wish to see a CDP for an archetype, theme, or strategy you love, feel free to private message me on the YGOrg Discord server, the comments section of any of my YouTube videos, or just post a comment in response to this article on our Facebook page with your ideas to keep under consideration! On most YGO-related communities my username is Quincymccoy, so feel free to reach out. Current pending requested profiles include: Dragonmaid, Gusto, Dragunity, Felgrand. Some of my prior requests was covered by participants in CDSS6 and even more were re-covered in CDSS7, so I highly suggest checking those out and subscribing to my channel for all of my latest profiles on YouTube! 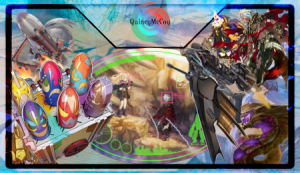