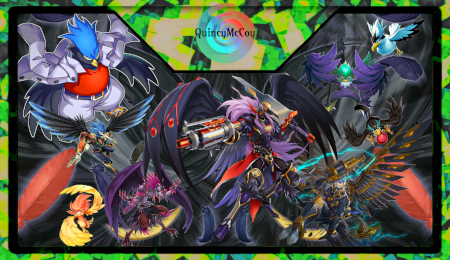 There’s a new flock in town, and they’ve brought Dragons!

Welcome back to another profile, this time centered on the new Blackwing support that’s been previewed for the upcoming set, Darkwing Blast! This set of support somehow gives even more tools and versatility to an archetype that now has 78 different monsters and somehow all of these new cards ended up super good. Let’s start with the bread and butter of Blackwings – Black Whirlwind. Every time you Normal Summon a Blackwing, you get to tutor another Blackwing with less ATK. As one of its best options, this deck features Blackwing – Simoon the Poison Wind who can banish another Blackwing to tutor a Whirlwind to your field then immediately Normal Summon itself. This leads to chains of Blackwings being tutored, extra Normal Summons to trigger effects such as Blackwing – Auster the South Wind or Blackwing – Blizzard the Far North that summon more Blackwings on Summon, and tons of Synchro Summoning potential to include threats up to their own Blackwing Full Armor Master and Red Supernova Dragon. But enough about capabilities you already knew about, let’s talk about the new cards.

Blackwing – Suthri the Illusory Spark (YGOrg Translation) is up first, as it tutors any card that lists ‘Black-Winged Dragon‘, Crow’s Signer Dragon from the 5Ds series, when Normal Summoned. This will primarily be used to tutor Blackwing – Shamal the Sandstorm (YGOrg Translation), a Level 4 tuner that can be discarded to place a Black Feather Whirlwind (YGOrg Translation) from the deck to your S/T zone. Now Feather Whirlwind is also a new card and serves as a cute parallel to Black Whirlwind. Whenever you Special Summon a DARK Synchro from the Extra Deck, Feather Whirlwind triggers to Special Summon a Blackwing with lower ATK from your GY or that is banished. This gives you tons of combo potential, allowing you to amass resources for big Synchro Summons, then keep comboing along with no qualms or worries. Along that vein, the Blackwing’s also will receive the new Blackwing – Vata the Knave (YGOrg Translation), a Level 2 tuner that can send Blackwing non-tuners from the deck to the GY to faux Synchro Summon a Black-Winged Dragon. Lastly, the Blackwings also received a new headlining Synchro monster, Black-Winged Assault Dragon (YGOrg Translation), that can be Special Summoned by banishing a Tuner Synchro and a Black-Winged Dragon from your GY – and this new Synchro puts your opponent on a clock by inflicting 700 dmg to them each time they activate a monster effect. Between all these new monster threats, their new hand trap, and multiple real Trap Cards to provide more disruptive options than just Blackbird Close, this deck truly has all the tools it needs to peck an opponent to their doom. Embrace the beak with the Blackwings!

Note: This is continuing the style of Creative Deck Profile articles, designed to showcase a build through replays and an attached summary. If you wish to see a CDP for an archetype, theme, or strategy you love, feel free to private message me on the YGOrg Discord server, the comments section of any of my YouTube videos, or just post a comment in response to this article on our Facebook page with your ideas to keep under consideration! On most YGO-related communities my username is Quincymccoy, so feel free to reach out. Current pending requested profiles include: Danger!, Star Warrior, Dual Avatar, Wight, Fairy Tail, Morphtronic. 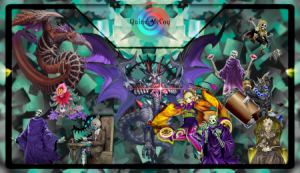