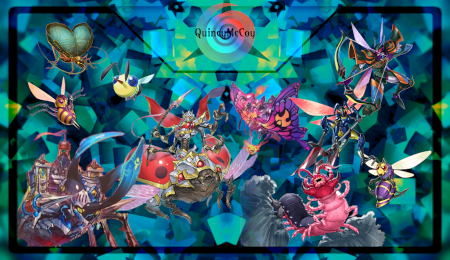 Come see what the Buzz is all about!

Welcome back for my first of hopefully many new profiles, this time centering on the new Beetrooper archetype recently revealed as a TCG World Premiere archetype, starting in the Dawn of Majesty set. This Insect theme takes to the skies with flurries of summons, yet still offering quite the stinging disruption options. Beetrooper Scout Buggy rides a ladybug into battle, summoning another copy of itself with summoned. This allows you easy access to Link Monsters such as Inzektor Picofalena or their in-theme option, Beetrooper Armor Horn, or just a stepping stone toward their boss, Giant Beetrooper Invincible Atlas, who carries the win condition weight of the deck on his back. The rest of the archetype offers quite a bit of support for disruption, which is where this theme truly shines. Beetrooper Scale Bomber disrupts monsters, tributing an insect to destroy an opponent’s monster who activated its effect on the field, and Beetrooper Sting Lancer can Special Summon itself from the hand by shuffling back an Insect from your GY and any monster from your opponent’s! This doesn’t even cover their counter trap, Beetrooper Fly & Sting which can always return to your field as long as you keep Atlas around.

While the Beetrooper theme may be a bit small to stand on its own two feet for now, a good support archetype is the Battlewasps. This similarly themed WIND Insect archetype spams the field with a flurry of summons – ready to be used for all of your Insect Link Summoning needs. Battlewasp – Sting the Poison searches Battlewasp – Pin the Needle and you’re all set to go. Or if you already have your Pin or Twinbow at the ready, search Battlewasp – Arbalest the Rapidfire instead to make the most of Armor Horn’s additional Normal Summon! As the last member of the supporting cast today, Resonance Insect puts in a lot of work as one of the best sleeper Insect monsters to date, as its been waiting for a while to finally be ready for a good Insect theme to let it shine. Join the inner hivemind and buzz your path to victory with the Beetroopers!

Note: This is continuing the style of Creative Deck Profile articles, designed to showcase a build through replays and an attached summary. If you wish to see a CDP for an archetype, theme, or strategy you love, feel free to private message me on the YGOrg Discord server, the comments section of any of my YouTube videos, or just post a comment in response to this article on our Facebook page with your ideas to keep under consideration! On most YGO-related communities my username is Quincymccoy, so feel free to reach out. Current pending requested profiles include: Poker Knight. Some of my prior requests was covered by participants in CDSS5, and some others were covered by CDSS6, so I highly suggest checking those out and subscribing to my channel for all of my latest profiles on YouTube! 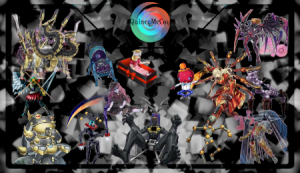