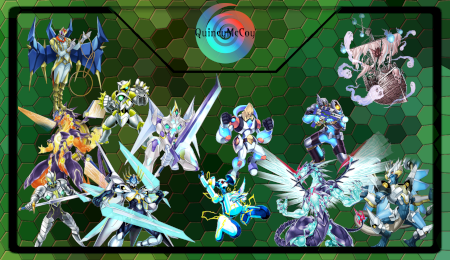 Today’s profile centers on three strategies, forcefully merged into one for no other reason than to have some fun with them. The Photon archetype has historically been super connected to the Galaxy archetype, both meeting in the middle with Galaxy-Eyes Photon Dragon. The Galaxy cards typically are higher leveled, serving as paths to Rank 8 Xyz monsters which are the win condition. Options like Galaxy Knight or Galaxy-Eyes Afterglow Dragon are perfect examples of this. On the other hand, the Photon monsters are much better at swarming and flooding the field, but most of them are lower levels, like Photon Vanisher or Photon Advancer. Additionally, both sides offer consistency cards, such as Galaxy Soldier, Photon Orbital, and Galaxy Expedition. But today isn’t just about the standard Photon Galaxy deck, it’s about using additional cards to unlock the Chaos Numbers. With the new DP26 support wave, the Sharks were given tools to go into the Numbers with a number between 101 and 107 in its name, and that was Nafil Asylum Heth Knight (YGOrg Translation) and CXyz – Naphil Asylum Chaos Knight (YGOrg Translation). Nafil requires 2 Level 5 monsters, which is doable through both Galaxy Soldier and the typically ignored Photon Slasher, both of which are easily Special Summoned to your board when needed.

But what else was part of this Barian package? Ascension of the Seven Emperors (YGOrg Translation) allows you to prime your deck with a Rank-Up-Magic – The Seventh One or Barian’s Chaos Draw (YGOrg Translation), or you can instead choose to tutor one of your other Seven Emperors cards. It also can be banished from the GY to manually trigger a Rank-Up-Magic Spell, such as if you happened to draw or tutor The Seventh One, whenever your opponent controls any monster Special Summoned from the Extra Deck. Either option gives you access to Number C107: Neo Galaxy-Eyes Tachyon Dragon, a powerhouse of a boss monster typically unreachable in standard Galaxy Photon builds. Plus, with a reliable Tachyon monster, you can run Tachyon Transmigration for a hand-activatable Counter Trap that can stop any attempts to prevent your domination. Finally, running all these Photons has one additional side benefit – the existence of Eternal Bond, which is a Soul Charge for Photons, summoning up to 5 from your GY. This can give your deck additional steam to close out a duel, even if you seemingly run out of other resources. Ride the wave of light with the Barian Photon strategy!

Spells: 11
|| Ascension of the Seven Emperors
| Reinforcement of the Army
|| Rank-Up-Magic – The Seventh One
||| Galaxy Expedition
||| Barian’s Chaos Draw

Note: This is continuing the style of Creative Deck Profile articles, designed to showcase a build through replays and an attached summary. If you wish to see a CDP for an archetype, theme, or strategy you love, feel free to private message me on the YGOrg Discord server, the comments section of any of my YouTube videos, or just post a comment in response to this article on our Facebook page with your ideas to keep under consideration! On most YGO-related communities my username is Quincymccoy, so feel free to reach out. Current pending requested profiles include: Dragonmaid, Gusto, Odgoadic, Libromancer, Krawler. Some of my prior requests was covered by participants in CDSS6 and even more were re-covered in CDSS7, so I highly suggest checking those out and subscribing to my channel for all of my latest profiles on YouTube! 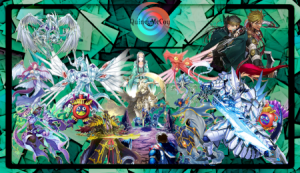