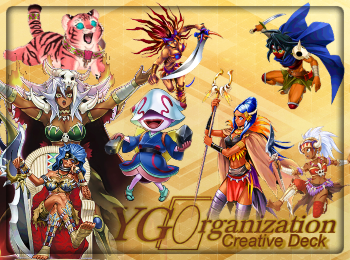 The Amazoness have emerged from their jungle to ambush your opponents

Supported since their original use by Mai Valentine, the Amazoness archetype offers a tribe of fierce EARTH Warriors and their pet Beasts to take down the opponent through unconventional means. While they have eventually evolved to become a Fusion archetype with the release of Amazoness Empress, the theme packs a Swiss army knife of wierd utility options to bolster their main deck squad. Amazoness Queen, the defacto Main Deck boss of the archetype, makes all Amazoness unable to be destroyed by battle, while Amazoness Princess summons a friend from the deck each time she attacks! This build in particular utilizes a small FIRE/Warrior engine, led by Fire Flint Lady, to give the Amazoness a slight boost to help them in the modern game. So what are you waiting for? Answer the call and enter the fray!

As of now, I have a couple of outstanding requests that I am looking into: Chronomaly, Infinitrack, Witchcrafter, & The Agent.