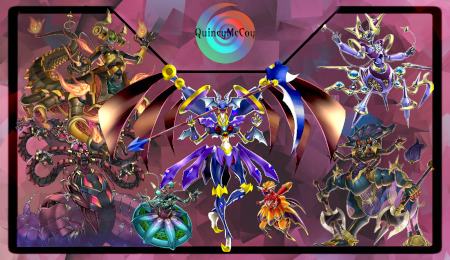 I’m finally back from vacation and it’s time to return with another profile, this time centered around the Altergeist archetype. This group of Spellcasters centers around Trap Cards, using them to unlock their true potential, with a goal of preventing the opponent from ever gaining a foothold in the duel. The key monster here is Altergeist Multifaker, a Level 3 that Special Summons itself from the hand after a Trap Card is activated, then it Special Summons another Altergeist from the deck! In most cases, you’ll be summoning Altergeist Silquitous, a Level 2 that returns another Altergeist card to the hand to bounce an opponent’s card back to the hand. Between these two monsters, you can quickly gain a steady stream of card advantage, but this deck really isn’t a one-trick pony. With Altergeist Meluseek tutoring any Altergeist monster upon being sent from the field to the GY and Altergeist Marionetter setting an Altergeist Trap to your field from the Deck when Normal Summoned, this deck has great consistent access to all of its key cards. Plus, you have Personal Spoofing to swap out an Altergeist in the hand or on your field for another from the Deck, giving you everything you need. And that’s before we come to their link monsters.

That’s right, this archetype is led by a few powerful Link monsters that make this archetype even more disruptive and annoying. Altergeist Hexstia is their best Link 2, with an effect to tribute an Altergeist it points to to negate the activation of a Spell/Trap Card or effect. Since this isn’t a Once Per Turn effect, if you summon Multifaker or some other Altergeist later in the turn, you can even use it multiple times. Plus, when it’s sent from the field to the GY, you get to tutor any Altergeist card. Their Link 3, Altergeist Primebanshee lets you tribute another Altergeist monster to summon another from your Deck to a zone it points to, giving you yet another way to Special Summon Multifaker. Whenever it is sent from the field to the GY, it recovers an Altergeist card from the GY. Finally, their Link 4 and boss monster is Altergeist Memorygant, which boasts 2800 ATK and the ability to tribute any other monster to gain its ATK for the turn. Additionally, if Memorygant destroys an opponent’s monster, it can destroy another monster to gain the ability to attack once more. This can be a killer way to close out a duel, especially if your opponent doesn’t expect a swinging threat from a largely defensive archetype. Manifest the correct Protocol to achieve victory with the Altergeist!

Spells: 2
| One for One
| Upstart Goblin

Note: This is continuing the style of Creative Deck Profile articles, designed to showcase a build through replays and an attached summary. If you wish to see a CDP for an archetype, theme, or strategy you love, feel free to private message me on the YGOrg Discord server, the comments section of any of my YouTube videos, or just post a comment in response to this article on our Facebook page with your ideas to keep under consideration! On most YGO-related communities my username is Quincymccoy, so feel free to reach out. Current pending requested profiles include: Ghoti, Dark World. 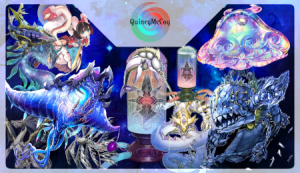