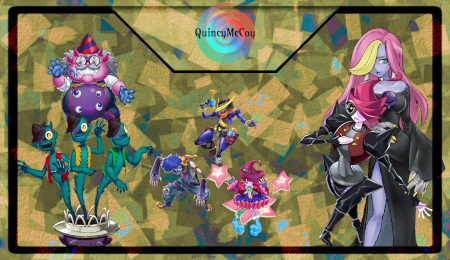 The Abyss Playhouse is Open!

Tickets please, tickets. You all are the lucky few to witness the Abyss Actors’ Dress Rehearsal (YGOrg Translation) for their show that debuts in the Abyss… soon, I think. Anyways, this Fiend Pendulum archetype revolves around Abyss Actors and Abyss Scripts. Since I’ve covered them before in a CDS article, I’ll leave the link for that here: https://ygorganization.com/cds_abyssactor/ and the link to the replay video here: https://www.youtube.com/watch?v=AFxmqtFnLco.

Now that you’ve reviewed your lines, let’s talk about the casting changes since the last performance with their wave of support in PHHY! First up we have Dress Rehearsal, a Normal Spell that must be played at the beginning of your Main Phase 1 that tutors both an Abyss Actor card and an Abyss Script Spell – this is a great starter, giving you everything you’ll hope to need for your first turn. The archetype also received a new Script, Abyss Script – Dramatic Story (YGOrg Translation). This Spell can be used to destroy an Abyss Actor you control and Special Summon any other Abyss Actor directly from your Deck. While it doesn’t seem like much at first, this does wonders for the deck, giving you access to an earlier Abyss Actor – Mellow Madonna or even a Script through Abyss Actor – Superstar. As for the new monsters, Abyss Actor – Liberty Dramatist (YGOrg Translation) is a solid one-off, as it can be Special Summoned from your Pendulum Zone to the opponent’s Field by discarding a card whenever any monster declares an attack. Now if it is summoned this way, or any other way from the Pendulum Zone, Liberty lets its own reveal 3 Abyss Scripts to have 1 randomly set to the field (to be destroyed during the End Phase). Where this effect is super neat is that if you summon Liberty to your opponent’s board, it’s your opponent’s effect and so the End Phase destruction will trigger your Abyss Script secondary effects that trigger when they are destroyed while set. For example, Dramatic Story’s effect bounces 2 cards on the field back to the hand.

The last new card to highlight here is the theme’s second Link monster, Abyss Actor – Super Producer (YGOrg Translation). Super Producer can destroy any face-up card you control to either put an Abyss Actor from your Deck into your Pendulum Zone, or it can place an Abyss Playhouse – Fantastic Theater directly to your field. I never liked this Field Spell much before, as it required way too much setup, but with a dedicated tutor, it’s now easily justified since it replaces your opponent’s first monster effect activation each turn with “Destroy 1 Set Spell/Trap your opponent controls”… which, as you probably guessed, triggers the effects of your Abyss Scripts. Given the new ways to destroy set backrow, I’m even bringing out Waking the Dragon for today’s profile! The last cool tech I had in store was Tour Guide From the Underworld, as she sets up a Link Summon of Super Producer with the help of Abyss Actor – Comic Relief. Take your seats, because the show is about to begin by this fiendish company!

Note: This is continuing the style of Creative Deck Profile articles, designed to showcase a build through replays and an attached summary. If you wish to see a CDP for an archetype, theme, or strategy you love, feel free to private message me on the YGOrg Discord server, the comments section of any of my YouTube videos, or just post a comment in response to this article on our Facebook page with your ideas to keep under consideration! On most YGO-related communities my username is Quincymccoy, so feel free to reach out. Current pending requested profiles include: Hunder, Cardian, Mathmech, Gishki, Roid 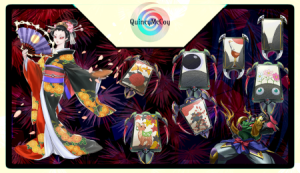