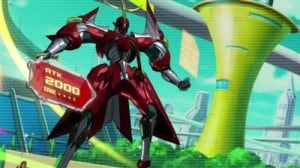 Strategy:
Let’s begin with the overall strategy of the Heroic Deck. Up until “Number Hunters”, the Heroic archetype really couldn’t stand on its own, or even function as a casual Deck. It was that bad. It had ONE diamond in the rough in the form of Heroic Challenger – Extra Sword, but the lack of decent Heroic support pushed poor Extra Sword into becoming a tech into HEROes or other Decks that could easily turn him into a Blade Armor Ninja at a moment’s notice. 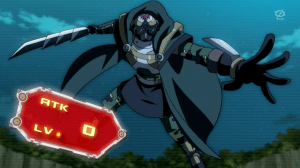 But everything changed when Heroic Challenger – Ambush Soldier arrived. He is a Level 1 EARTH/Warrior-Type monster, with the following AMAZING effect:

Okay, now when I say amazing effect, I’m taking about the first sentence. If he’s on your field during the Standby Phase… you get to turn him into 2 other Heroics from the hand or Graveyard… Like 2 Extra Swords… Get the picture yet? The final effect -the Level modifying clause- is simply there for versatility if you really need that Rank 1 Xyz. I honestly have never had to use it when running Heroics in the past, and don’t plan to in the future.

But how will he survive until the Standby with having 0 ATK and DEF? Well he really doesn’t need to survive if you Special Summon him DURING the Standby Phase! Call of the Haunted is great at doing just that. But if you’re really in a bind the turn before, thank goodness LTGY brought us the perfect answer in the form of Pinpoint Guard. You block every attack for the turn with an indestructible Ambush Soldier… which is really nice!
Don’t Forget about Reinforce Truth either. It simply plucks our dear friend right out of the Deck. This trap just adds an extra layer of accessibility to the power card of the Heroic Deck, and that’s truly how the Deck shines!

Core Lineup for a Heroic Deck:
2|3 indicates that 2 or 3 copies should be considered.

Spells:
1 Reinforcement of the Army
3 Pot of Duality

*You need to have other Level 4 Heroics to Special Summon with Ambush, and he’s the best of the rest. He also protects a Normal Summoned Ambush quite well.

Cardcar D: As with all combo-driven decks, Cardcar D is always a great option at drawing into the necessary pieces quicker. In combination with Pot of Duality, a Heroic Deck can shrug off the no-Special Summon this turn restriction easily, because most of the Ambush Xyz plays work best when he is Special Summoned from a trap during the opposing turn.

Photon Thrasher: Although I have not had much success testing him, he always remains a great option for Decks that simply love to Xyz rank 4’s. He does not use the Normal Summon, is searchable by ROTA, and can easily make a 3200 Blade Armor Ninja with the Extra Sword in hand to put heavy Life Point pressure on the opponent.

Trap Stun: Even though the Deck has options when the opponent throws traps in the way to try and stop the OTK pushes, it never hurts to have the backup plan of having a 1 card savior. After all, the main game-winning move of the Heroic Deck is simply to summon out a 4400 ATK Blade Armor Ninja with 2 Extra Swords, then attack twice directly for the game!

Phoenix Wing Wind Blast: By far my favorite tech choice for a Heroic Deck. The cost to activate is easily mitigated because it simply moves Extra Swords from the hand to the Graveyard to Special Summon with Ambush Soldier. Also, Phoenix Wing is a GREAT answer to so many threats in the game. Getting rid of Synchros, Xyzs, face-downs you just don’t want to handle… it’s a versatile card that works in a great variety of situations.

While these are some great choices for a Heroic Deck, don’t be afraid to throw in your favorite tech cards. Have faith in your skill as a deckbuilder to make the right decisions, and if you don’t, you can always edit the Deck after testing it out a bit! 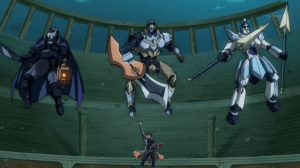 Completed Example Deck:
For those who have survived the entirety of my Strategy Guide on Heroics, I salute you and wish you the best with your campaigns against the rest of the dueling world.
The link below is a screenshot of my personal Heroic build. It may not be the best build for them, but it surely serves as a great example of the Deck’s utility and power.

Good luck in all of your conquests with the mighty Heroics!