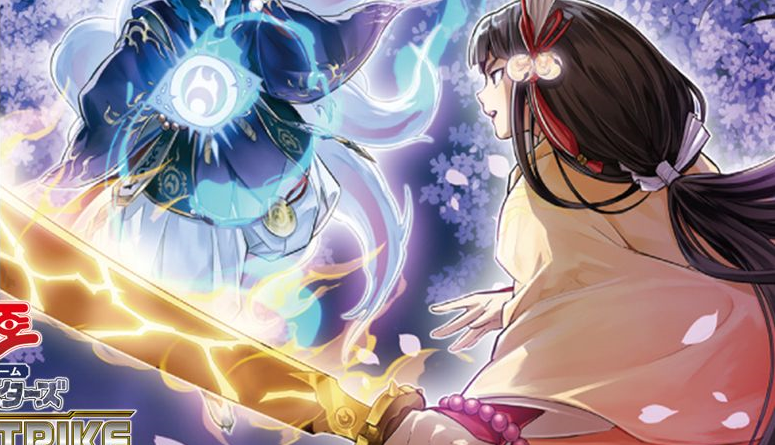 In this fateful hour / All these I place / Between myself and the powers of darkness!

A hundred years after the war, the people live in a time of fleeting peace. However, the truth behind that history is a battle between the deceitful “Mayakashi” who dwell in the darkness and toy with the hearts of men, and the “Shiranui” who defeat them.

The “Shiranui Style” With The Power To Eradicate The “Mayakashi”

The “Shiranui Style” was created by combining various forms of martial arts from many schools, in order to create a means to counter the “Mayakashi”. Its founder, hundreds of years ago, was sealed inside a sword when he was struck down in a battle with the “Mayakashi”. 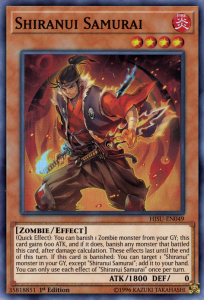 The “Spectralsword” which carries the soul of the style’s founder sealed within, has been passed down from generation to generation to the most talented disciples of the “Shiranui Style”. While the existence of the “Mayakashi” remains hidden from the general public, some people, including those who wield the “Spectralsword”, have passed down the history of their battle against the “Mayakashi” to one another, all of them destined to commit themselves to a mighty conflict for the greater good 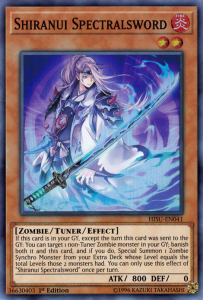 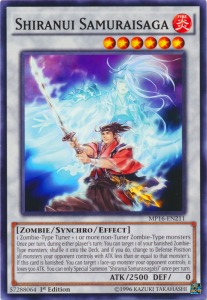 The Shape Of “Samurai” With The “Spectralsword” In Hand 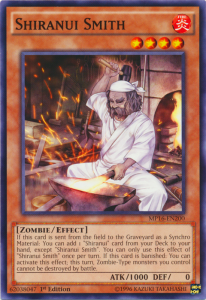 The Swordsmith of the “Shiranui Style”. One of his relatives was slain by the “Mayakashi”, which led him to forging mighty blades, capable of slaying the “Mayakashi”, with his own two hands, as he works his forge, day and night. 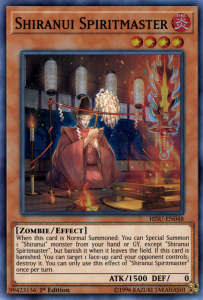 He is responsible for presenting swords at Shinto Shrines so the swords may be granted divine protection from both Kami and Buddha. The Katana, forged by “Smith”, become weapons capable of opposing the “Mayakashi” after they have undergone this ritual.

The Group of Yokai Who Aim For A World Of Eternal Darkness: “Mayakashi”

While the “Mayakashi” wield fearsome yet dreadful Yokai Magic, this power cannot be demonstrated until the dead of night. They seek to erase the light of day, which they completely abhor, and plunge the world into eternal night so they may rule uncontested.

Their True Forms At Night / Their Human Forms During The Day 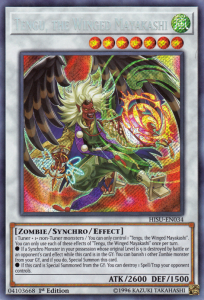 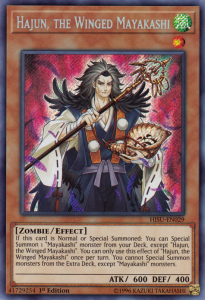 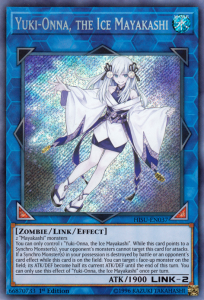 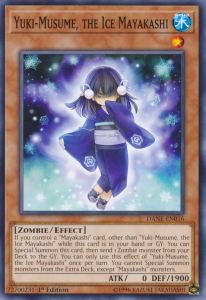 The Head Of The “Mayakashi” Approaches The “Shiranui” 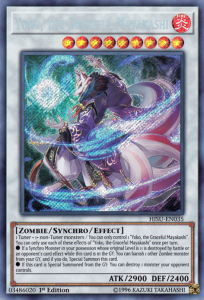 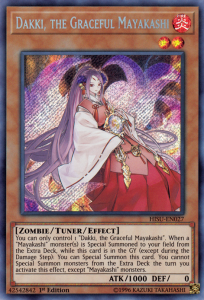 The leader of the “Maykashi” is a Yokai who possesses the greatest Yokai Magic. During the day she appears as a gorgeous woman, using her otherworldly beauty to deceive the hearts of humans, while trying to figure out the ways of the “Shiranui Style”. 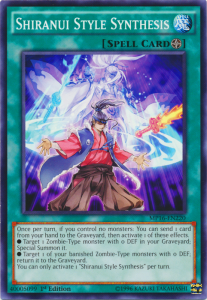 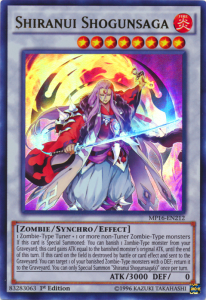 “Samurai”, the current heir to the “Shiranui Style”, in a battle with the “Mayakashi”, used the “Synthesis” formation to infuse his own body with “Samuraiaga”, the soul of “Spectralsword”, becoming “Shogunsaga”.

The Secret Ritual That Draws Out The Power Of The “Shiranui” 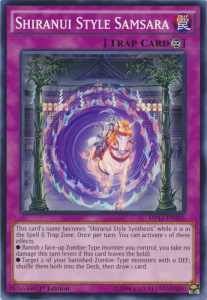 “Shogunsaga” hunts down the “Mayakashi”. However, this is not enough to seal the ever persistent “Mayakashi” away…. … So “Spiritmaster” and the others created the “Samsara”formation, which grants the soul of the once sealed “Samuraisaga” a temporary physical form, allowing him to revive as “Sunsaga” and seal the “Mayakashi”away. 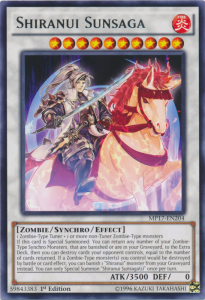 The Once Sealed Soul Of “Spectralsword” Revives, Allowing Him To Seal The “Mayakashi” Away

“Ghost Meets Girl” Part 2: “A Rendezvous (*) Between The Stirring “Mayakashi” And The “Shiranui””

The “Mayakashi” began to show signs of returning as time passed after being sealed away. However, “Squire”, at the same time managed to inherit the “Shiranui Style”. As a result, “Spectralsword” was transformed into “Spectralsword Shade”. 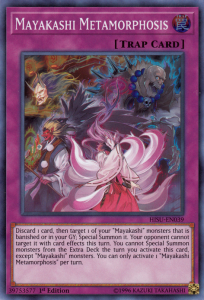 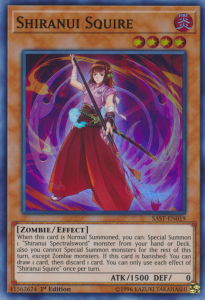 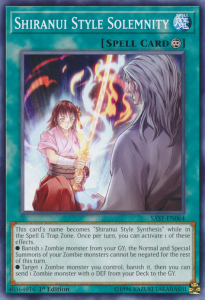 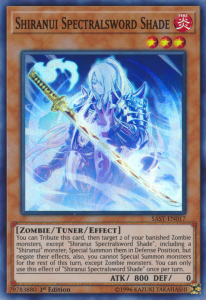 As chance would have it, “Squire”, who spends her days training, had a fateful encounter with a certain woman. It was the disguised form of “Yoko”, who was slowly regaining her powers. This encounter would cause the war to intensify. 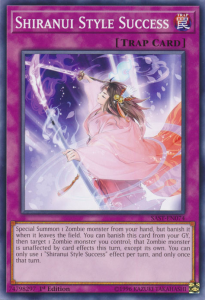 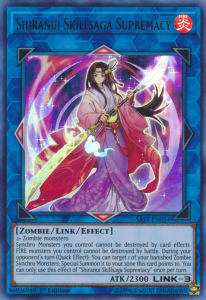 “Squire”, touched by Yokai Magic from her encounter with “Yoko”, fuses this power with her sword, using the “Success” formation to become “Skillsaga Supremacy”. 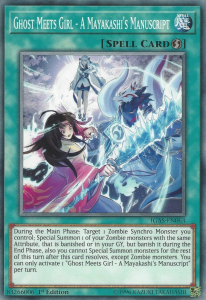 Notes:
* They intentionally used a word here that can be read innocently as meeting, but also be read suggestively as a romantic date/encounter.