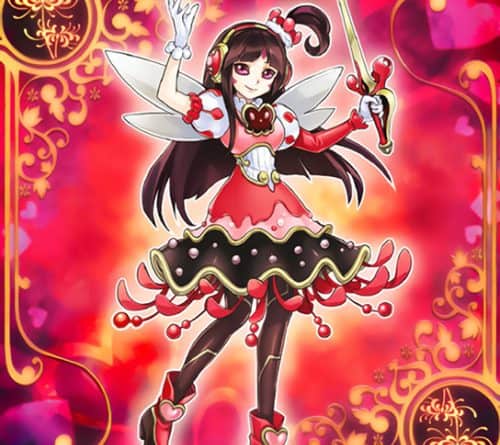 So you want Go and Blue Angel’s monsters but you don’t want to pay super money, well here’s a chance to get them.

Konami Digital Entertainment Inc. is proud to bring you the newest product release, Star Pack VRAINS. Following the advent of the Link era, Star Pack: VRAINS is filled to the brim with popular themes from Yu-Gi-Oh! VRAINS. Cyberse Monsters, Link Monsters, and more can be found in Star Pack: VRAINS, with an SRP of only 99¢!

Each pack contains 3 randomly distributed cards with 1 guaranteed Starfoil Card. The cards are taken from a set of 50 cards, 49 of which are available as Commons and all 50 cards available as Starfoils. This means a whole bunch of cards never seen before as Starfoils, at a great value!

For fans of Yu-Gi-Oh! VRAINS, Star Pack: VRAINS includes cards from the “Gouki,” “Trickstar,” and “Altergeist” themes! Duelists can now have an easy way to get popular cards like Trickstar Lycouris, Gouki The Great Ogre, and more!