What a great event!

First and foremost Congratulations to the winner of ARG St. Louis. There was a pretty bad storm and the turnout was low, but a win is a win and he (or at least, his deck) earned it. However, while those boys were out there playing a Duel of Dragons, we were already preparing for the upcoming Jan 2014 with a tournament of our own, and what an event it turned out to be! We’ve recorded the Finals, and a Top 4 match, and links to those will be coming soon, but for now lets recap on the event.

The tournament had 16 entrants, that means four rounds of swiss. Normally you’d only cut to a top 4 with this few people, but I felt like giving at least half of them a 5th round, and cut to the top 8 anyway. That gives you a round per dollar entry, which is pretty fair.

The Decks
We had 16 people enter, each running a full 15 card side deck, and obviously at least 40 cards, and despite this total of nearly 900 cards; only five of them were Dragon Rulers. There was 1 of each Dragon, and a 2nd Blaster, each taking place in five different decks. The Decklists as entered were

Spellbooks are the deck from May that ran the Judgment book; and only had 3 prophecy monsters, all of which were also Spellbooks. The Deck is Prophecy again now that it’s back to normal.

Our Top 8 had 2 Prophecy, 2 Geargikuri, 1 Evilswarm, 1 Madolche, 1 Fire Fist, and 1 Fire King Deck. Unfortunately, the Madolche player dropped, so the Zombie Deck that came in 9th advanced instead.

Here are the final standings after four rounds of swiss:

A good group of guys, who all had a great time.
—————————————————————
The Final Standings
For getting 5th-8th place, Mike Schultz, Roman Kieser, Joseph Ingram, and Simon Chen all earn $5 store credit, to use any time they wish at coolstuffinc. They can PM myself, or any member of the org whenever they wish to spend it, or save it for another tournaments additions. They may also use it as entry fee to a future tournament.

In 4th place, we have Kevin Ochoa, DGz’s very own Jamie All Over. He was piloting a brilliant Prophecy Deck, and won his top 8 match Against Geargias; something the other Prophecy player failed to do. Incidentally, the two Geargia decks were identical. 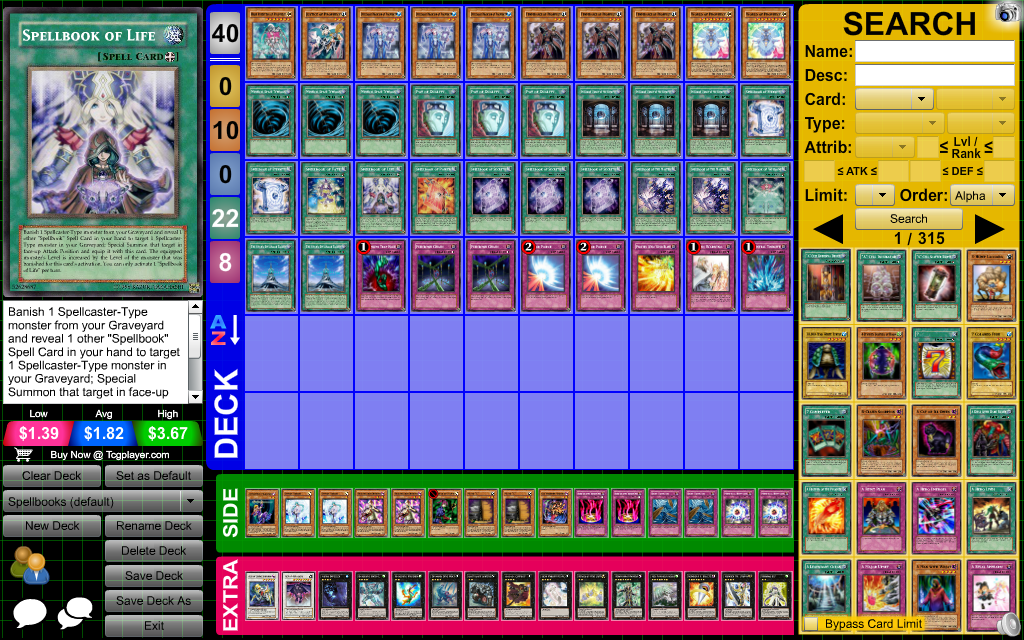 Interestingly enough, he still kept two refpanels in the side deck. I assume he was expecting to see a lot of consonance trade in mythic dragons. A good call, but not for this event unfortunately. Side Decked Magician of Faith is also quite an interesting decision, I assume it’s for when he puts OVM and Apprentice Magician in. He proved that the deck can still work with 1 fate, and even ran two spellbook of eternities despite the limitation. Three Rank 7s in his extra deck despite the impossibility of summoning a single one shows that still shining elf is the only extra deck card you’ll ever use. Kevin takes home 10% of the remaining prize pool. We took in $80 for this event (16 people), so after deducting the 20 dollars for top 8, that leaves 60 left over. Kevin earns $6 to spend at CoolStuffInc on anything he wants, or he can use 5 of it for an Entry to a future YGOrg tournament. He, like all contestants can save this(and add to it with future events) for whenever he pleases.

In 3rd place we have former YGOrg Champion Lukas Randegger. LukeRandi has consistently performed incredibly well at events we’ve held here at the Org, and we’re grateful to have him here with us again. Today he copied the decklist of his friend Roman, and the two of them piloted a GeargiKuri decklist. After Defeating Joenen in the Top 8, Randi failed to win his top 4 match, and ended up playing Jamie, the other Prophecy player in the top cut, and Avenged Roman by winning.

Let’s take a look at the Decklist 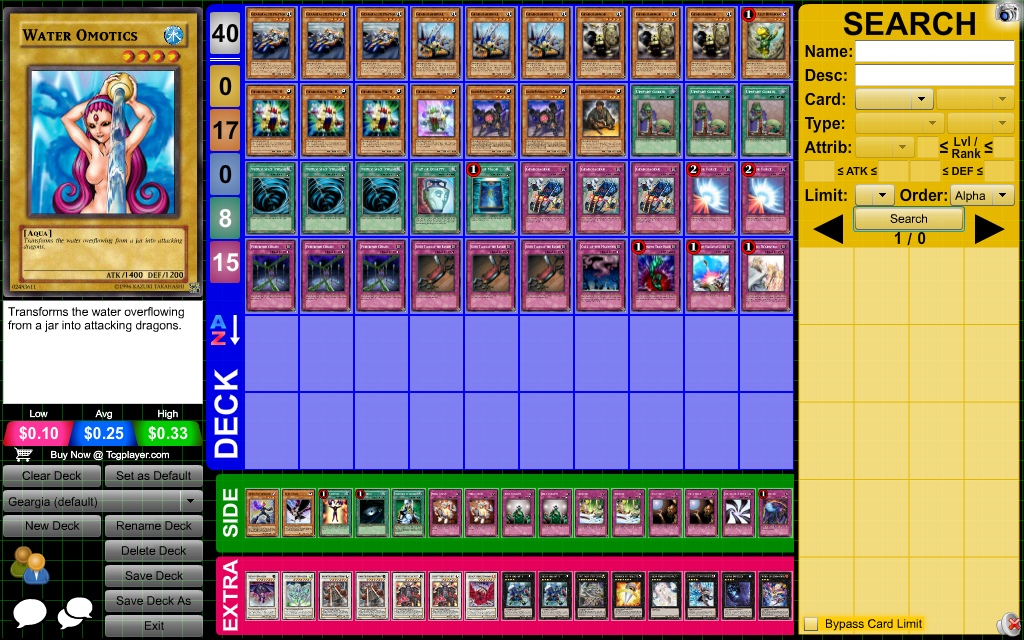 This isn’t the Pedigo Patented “You Can’t Play Yugioh” Geargikuri’s we were expecting, but instead ‘new robo toys for the format’. Maxed Fiendish, maxed seven tools, the staple traps (save for torrential), a playset of Geargiagear, and a single call of the haunted. Randi put in a tremendous performance today, even winning one of his matches by using Karakuri Watchdogs atk gaining effect. Call of the Haunted on Nishi to negate attacks punished players, birdman and accelerator lead to massive field explosions, and his side decked DNA surgeries lead to both sides of the field activating two! (machine, spellcaster, machine, spellcaster, MST. It was pretty epic.) Despite this decks ability to crap out level 3 monsters, he only ran 1 Rank 3 in the form of Wind-up Zenmaines (which in my opinion is worse than both Number 49, and Mechquipped, especially in a machine deck), and one time almost got cyber dragon’d for game if not for a Solemn Warning. Despite that, his build did a lot of good work and we congratulate him on another stellar performance. He takes home $9.

In 2nd place We have Johnny Quest. The infamous “cool trainer” on DN who always enters with a different name. Another former winner, he’s faced Randi in every single Org tournament, and this time, took victory.
He was piloting Fire Fists, now with 3 Tenki’s. Both of our finalists were using 3. Perhaps bringing it back up was a mistake?

Let’s take a look at his Decklist 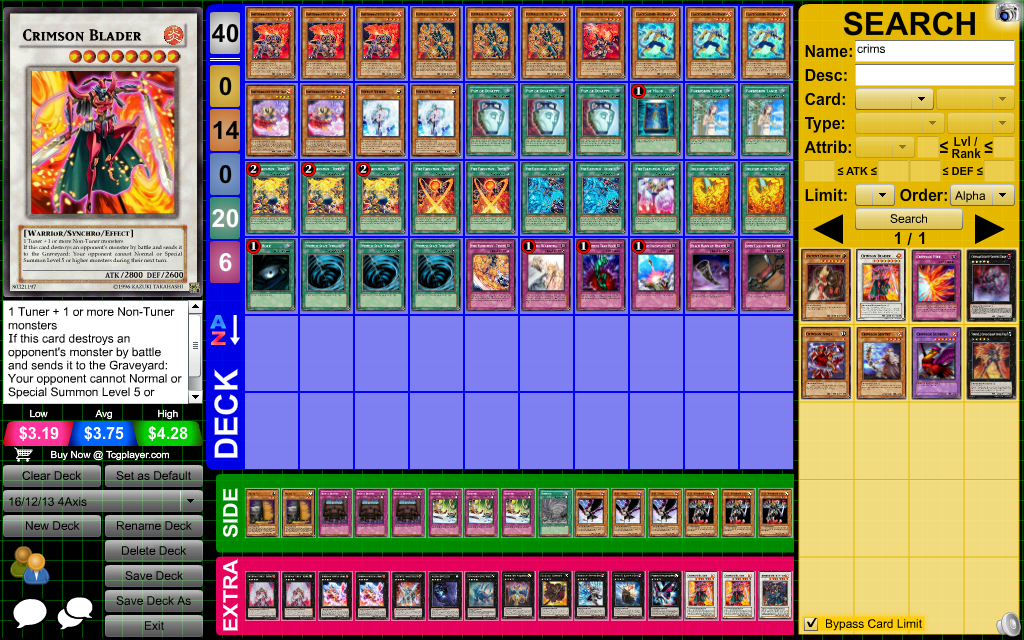 He was playing against a Fire King deck, and despite side decking 3 DDWL, 3 D.D. Crow, and 3 Debunk, still lost to Xcloud twice this event, both in the final round of swiss, and the finals of this event. Despite that, he was successful in defeating every single one of his opponents. 2-5 ‘mst’ moves in his first two turns (up to 3 on turn 1) was common for his deck today. He opened two tensu’s four times. There’s not much to say about Fire Fists and the Bear.dek that hasn’t already been said. DDWL is a great idea for Bujins.
He takes home $15.

Finally, our winnerAlex Sierra. This is Xcloud’s First win. He piloted Fire Kings, a deck he’s had for months but finally a format where he felt they could win. He was right!

Let’s take a look at his Decklist. 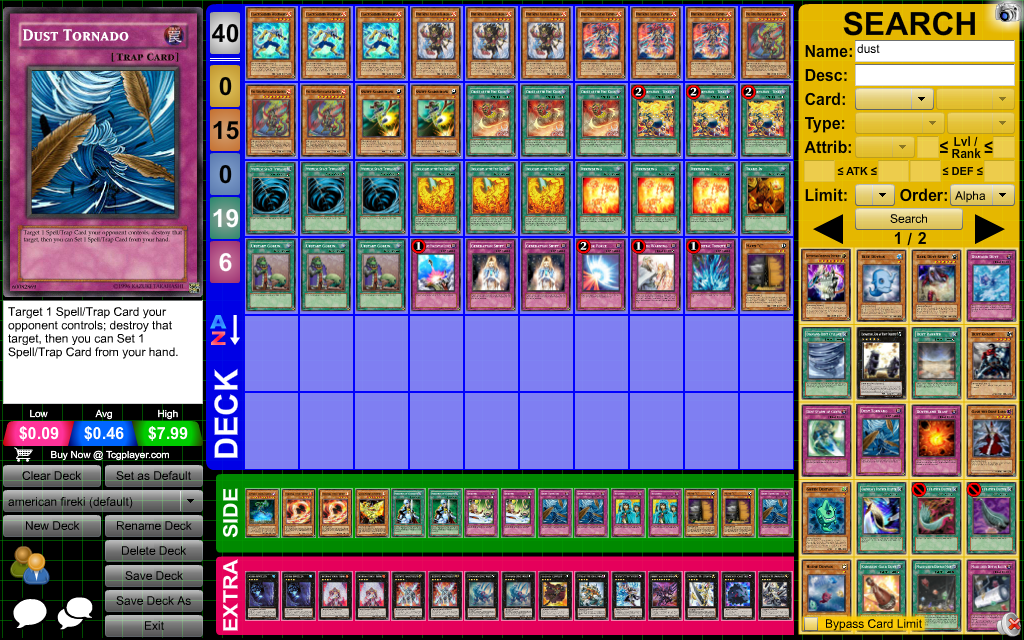 MVPs are definitely Scarecrow and Rekindling. That combo won him almost every single duel he played. Rekindling has no mercy in a deck like this, ranging from Crazy Box + tiger king (allowing crazy box to attack) to Kagutsuchi and Dire Wolf, to the new Exciton Knight and the Number 101. This deck, with techs like Generation Shift, and 3 more ‘lances’ in the form of circle of the fire kings, lead him to a steady victory, after going undefeated in swiss, and overall going undefeated the entire day.
He takes home $30!

Thanks to everybody for entering, spectating, and enjoying this event. When would you like to see another one? Want to enter one? Let us know what day and time is good for you in the comments below; we’d love to hold another. We’ll hold one every day if we can get at least 16 each time!