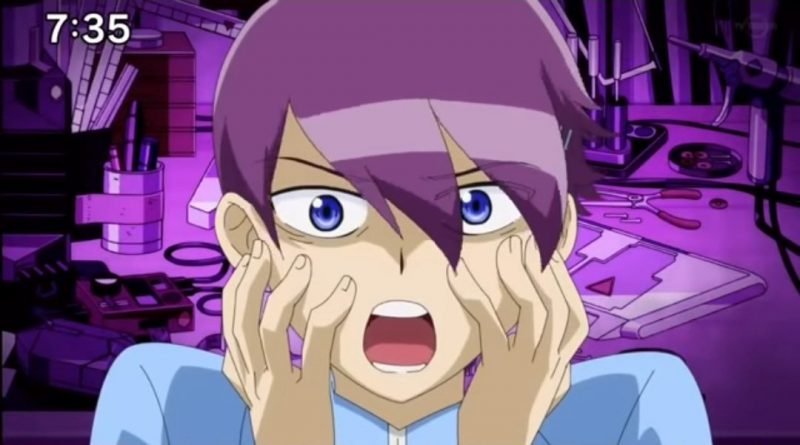 Mr. Hanae plays Sogetsu Gakuto, a sixth grader who serves as the Student Council President for Goha No. 7 Elementary School. He has a serious personality, and has never been late or absent to school. Also, he is the heir of the “Sogetsu Style” Duel School.

“While he looks cool and serious, he also reacts a lot and has huge emotional ups and downs, and is often the comic relief. He’s also broad-minded, and somewhat kinda mom-ish. Because it’s a kid’s show, there’s often chibi characters, and characters will tend to speak in over-the-top ways. I’m trying to nail that, so I hope viewers find that enjoyable.”

The Ending Theme is sung by Mr. Ishibashi Hiiro-san (Yuga), Yashiro Taku (Rook) and you, Hanae-san. The portion of the song sung by you, Mr. Hanae, sounds a off-key… …

“Gakuto is a consistently serious person, even if he’s basically tone-deaf, despite me being able to sing. It’s awkward to completely remove that consistency, so I’m singing with this awkward sounding voice. It was difficult to do.”